Fan Expo 2018 is where the fans get a chance to meet and greet their favorite heroes. It had witnessed thousands of fans swarming the Metro Toronto Convention Centre in Canada. The 4-Day expo was held between August 30 to September 2, 2018. It showcases the latest in everything from movies, TV Shows, video games, comics and more. Being in the event was a totally great experience with some my friends. One of the major attractions of the event is that many video game companies came up with a grand preview of their upcoming titles to their fans. Apart from the previews, fans are also provided with a first-hand experience with the current trending and upcoming games.

This is the first time that Blizzard has headed to Fan Expo Canada and a lot of fans were definitely excited. On the Blizzard Entertainment Booth (#1347) in the South hall of the Metro Toronto Convention Centre, we’ve checked out the latest epic content for Hearthstone, Overwatch, World of Warcraft and Diablo III. 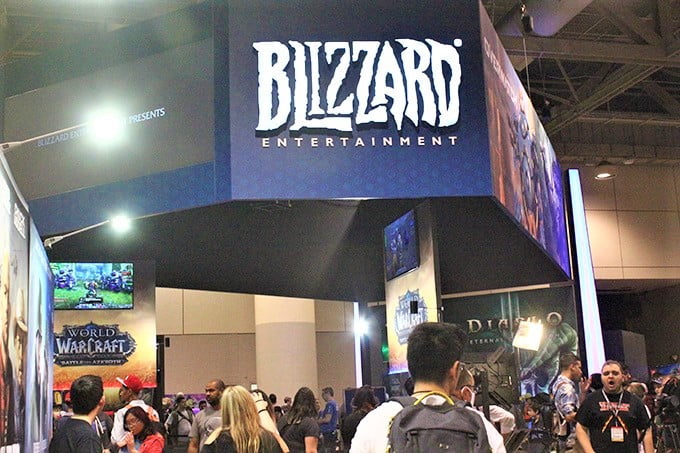 Oh, but did I mention that Blizzard had also brought Diablo III to the Nintendo Switch? Everyone who went there had the very first opportunity to play Diablo III on Switch as well as get their hands on plenty of other great Blizzard games at the show. 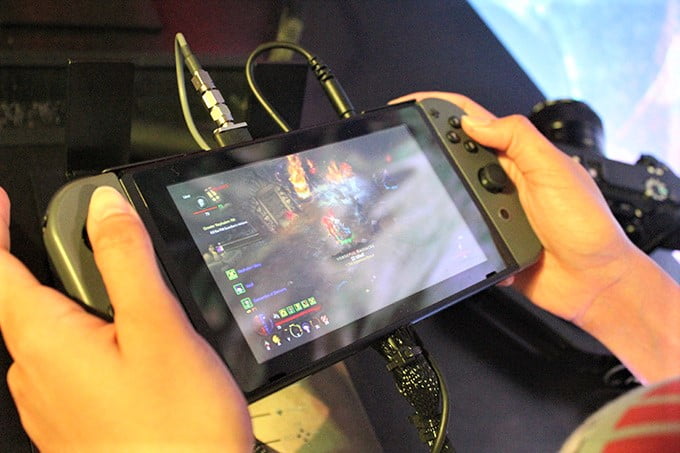 We’ve got to play all of these games even though most of the time, the lineup is huge. I stood for almost an hour on Overwatch and half an hour each on Hearthstone, World of Warcraft and Diablo III just to get my hands on it. But it’s definitely worth the wait since I was able to get collectible pins for each title after playing. On the other hand, Heroes of the Storm is missing in the show. Blizzard Gear Store wasn’t there as well. But one of their crew mentioned that they will bring a lot more of merchandise next year. This gave us a hint that we’ll see Blizzard again next year with the Blizzard Gear Store with them. Exciting isn’t it!? 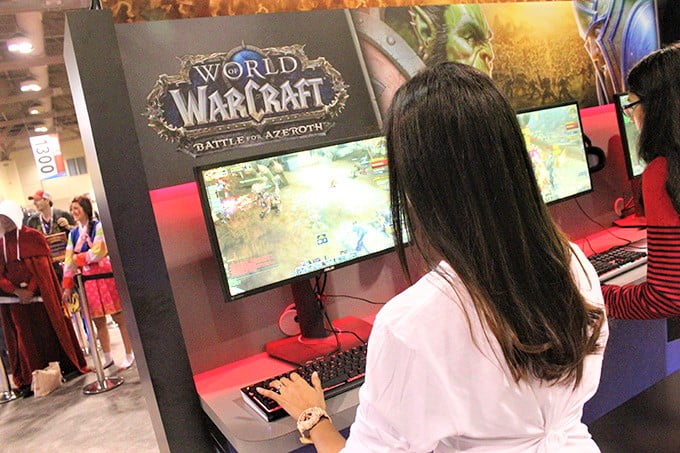 Fans were excited to see the arcade filled with video games of the 1980s. I could see everything from that period, including machines operated using old coins. It was really fun going back to the golden age of gaming.

Now let’s check out on what the video game bigwigs like PlayStation, Nintendo & Xbox offered at the Fan Expo 2018. 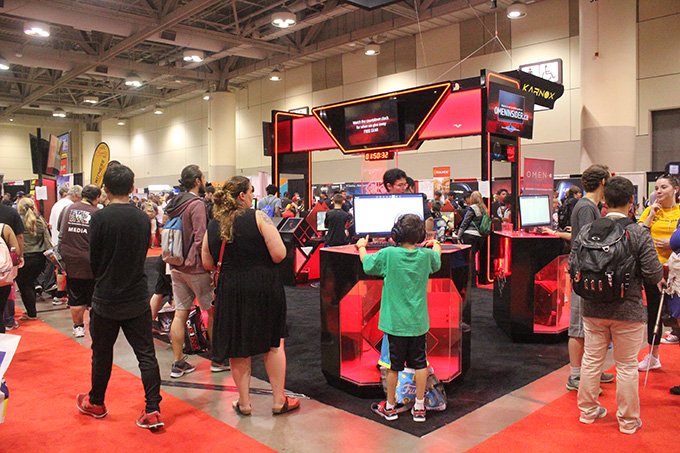 The PlayStation booth is one of the most happening places I witnessed in the Expo. I could see hordes of gamers trying their hands on the latest game released on PS4. The major attraction was the Spider-Man game by Insomniac games. It was showcased as their most important offering by placing it on the very entrance of the booth. It was really exciting to have a first-hand experience on the most awaited game of the year and could see many gamers of the same opinion. I could see that Insomniac games have really put in some great hard work behind the creation of Spider-Man. The city of New York looks lovely from the top and movement of Spider-Man was simply superb. 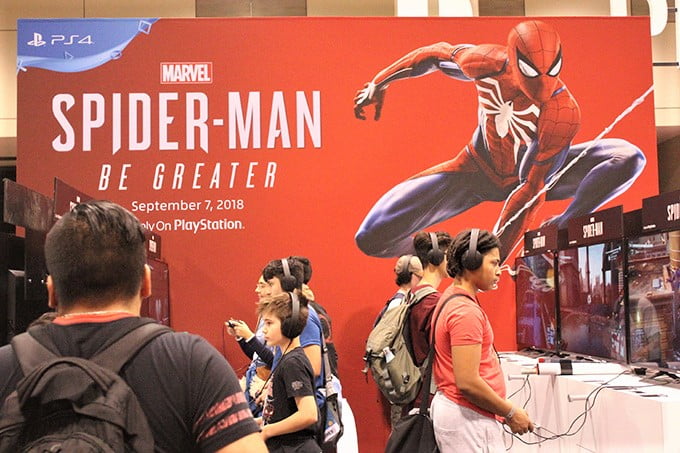 There were also players looking upto game Dreams apart from a separate section dedicated to Call of Duty Black Ops 4. Also could witness some VR games placed at the back of the PlayStation booth. One of the main features many gamers really liked a lot about the PlayStation booth is we could select our desired time slot to try out on their games. So that I don’t need to wait on a long queue and waste my time, instead take a look around and try out other games instead.

Other major attraction in the PlayStation booth is the Beat Saber. It is one of the most popular VR rhythm game in which you will surely enjoy as all you need to do is slash the Saber according to the beat. Blood and Truth is another exciting VR game I tried at the booth. You assume the role of an action hero and work your way through the criminal underworld in London to save your family from a dangerous crime lord. Another game I tried out on the booth is The London Heist Call of Duty: Black Ops 4. It seems that the single player campaigns are removed and as it is replaced with a battle royale mode. 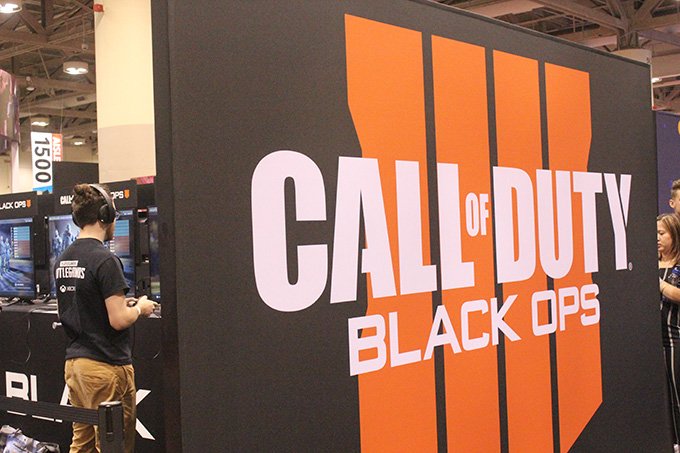 One of the major attractions at the Nintendo booth is the return of FIFA 19 to Nintendo Switch. It is a great relief for Nintendo fans to get their favorite games back. Other games seen at the booth are Capcom’s Mega Man 11, Starlink from Ubisoft Toronto, Smash Bros Ultimate and many more. StarLink is a pretty enjoyable game as it feels like you’re on a whirlwind tour of the galaxies across planets far from the earth. Gamers who came in the expo also had the chance to witness one of the biggest Smash Games of Nintento Gaming, Ultimate. 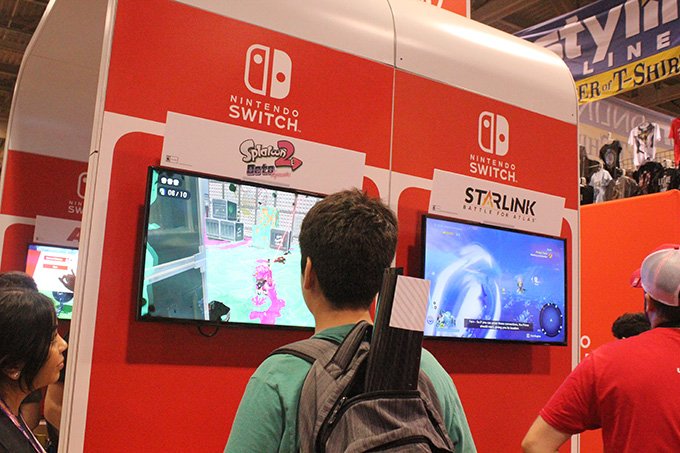 The Warner Bros booth was swarming with gamers trying to have a sneak peek on Hitman 2. I was able to receive an Agent 47 barcode tattoo after playing. Along with it is an option to a pre-order coupon with EB games Canada. I am a great fan of Hitman game series, and the pre-order bonus was a real surprise for me. Northern Arena were hosting the Injustice Tournament at the booth. I have also seen a lot of DC comic fan eagerly signing up for the competition. Another popular DC comics game, the LEGO DC Super Villains attracted many DC comic fans too. 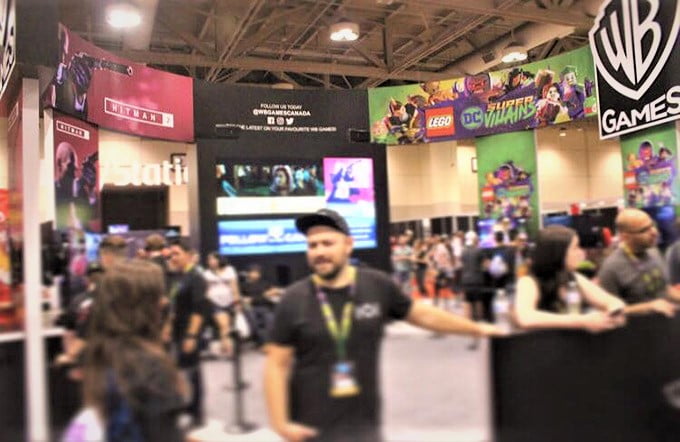 The Xbox booth was a crowded place as you could witness fans thronging at various sections in the booth. The reason of it was to catch a glimpse on the upcoming released in Xbox. Ubisoft Quebec’s Assassin’s Creed Odyssey is the game that attracted a huge crowd. One of the main aspects of the game is the option to choose your dialogue choice system. Haven’t seen this kind of system in any games I have played till date. The games takes on from the last version of the Assassin’s Creed Origins as you have the option to select either a male or a female version. 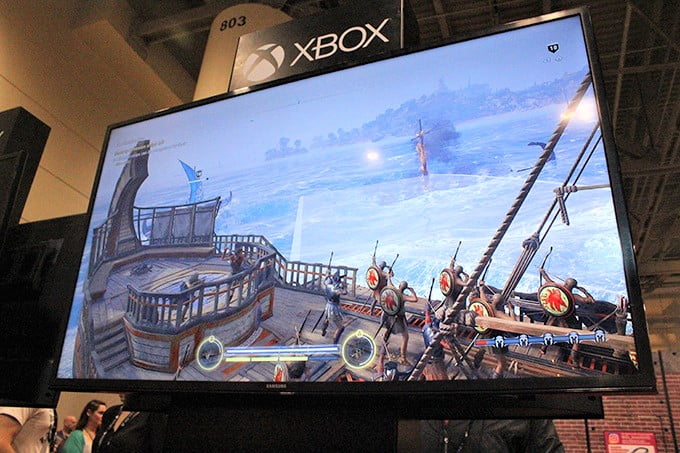 Forza Horizon 4 is another lineup that attracted the attention of racing fans as the game features around 450+ licensed cars and various multiplayer options. Got my hands playing the game and could see the game takes place in the streets of UK. My friend said that the multiplayer mode can support upto 72 players which could be huge as you could see many people ganging up on you behind your car. PUBG (PlayerUnknown’s Battlegrounds) another popular game was seen displaying its features to the fans. Xbox fans will surely be happy that PUBG were released on Xbox. 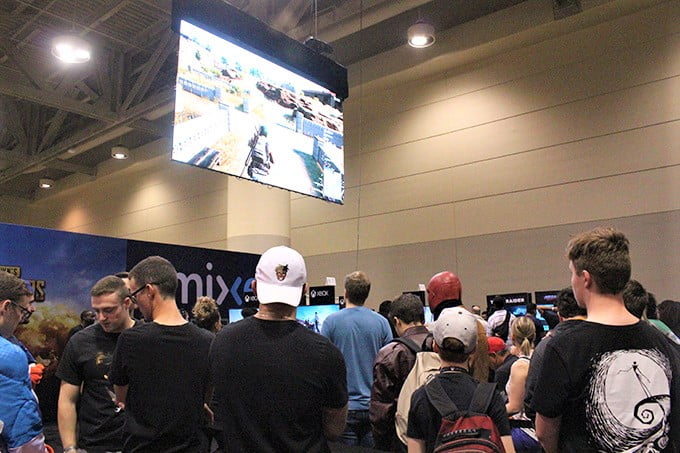