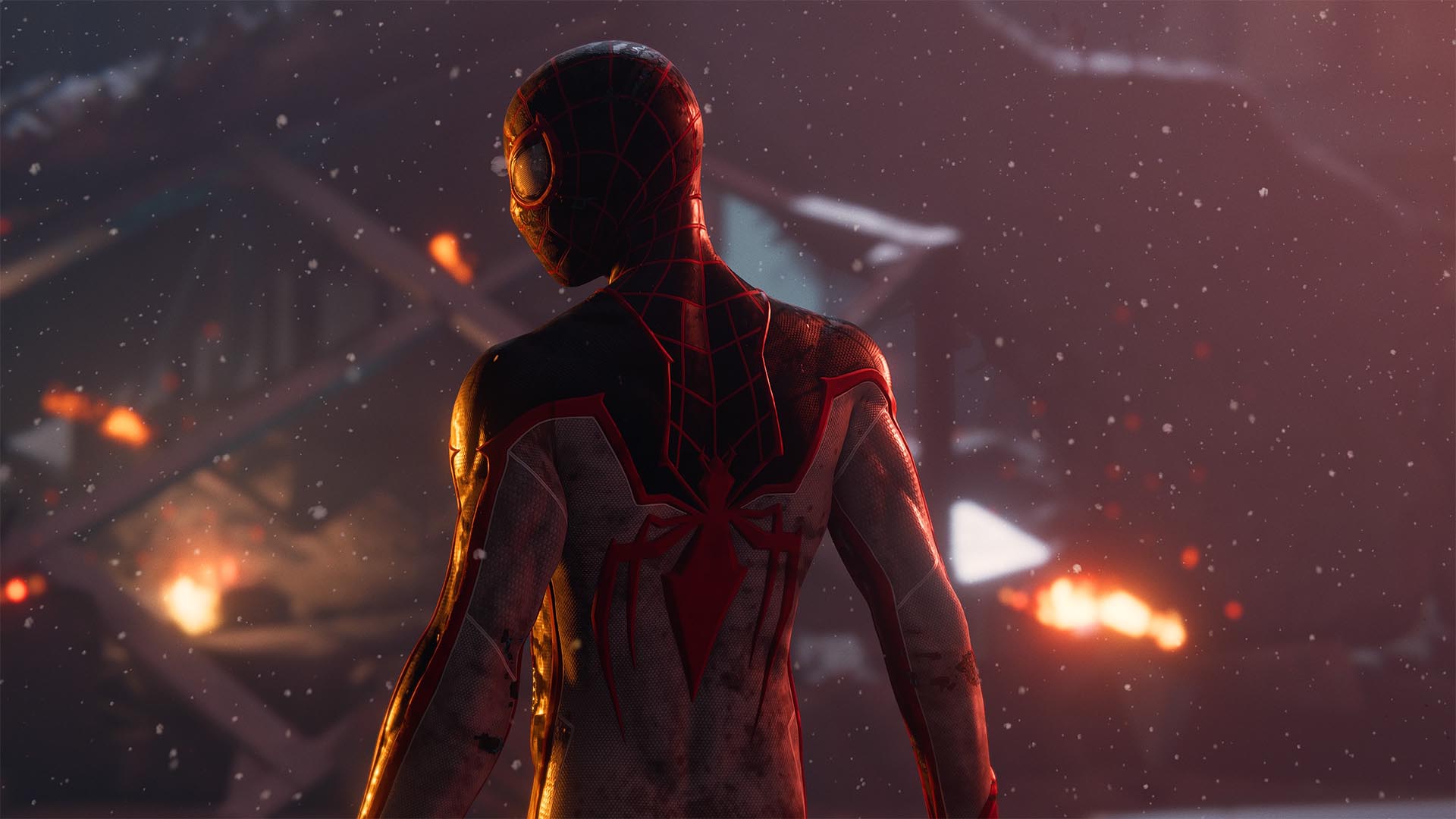 Marvel’s Spider-Man Miles Morales, a flashy starring debut for Miles, tells a very engaging story as the original Spider-man although it improves on some minor details. The game is quite small but the swinging mechanics, storyline, side missions, flashy moves by Miles, and the New York captivating story are rather essential. The game can be played on PlayStation 4 and PlayStation 5. In this incredible game, players will experience the latest adventure in the Spider-man universe that builds on and expands Marvel’s Spider-Man through a very new and exciting story. Gamers will experience the rise of Miles Morales mastering new powers to be his own Spider-Man.

When starting Spider-Man Miles Morales on PS5, the game asks you whether you would like to prioritize visuals or performance. On both settings, the game looks perfectly okay. The city looks very alive and you can see the details clearly even in the faraway buildings. Nothing in the game looks choppy or muddy and its colors extend out helping gamers to make out even the minor details in some of the farthest buildings.

While Miles is performing the swinging-through-Times-Square action he slows down a bit and with the excellent visuals, you can clearly make out everything around him. While in motion, even the billboards in the game look digital rather than flat. The visuals are smooth, the load speeds are incredible and the game looks awesome.

The gameplay mechanics for Spider-man Miles Morales are quick. The story jumps from point A to point B without breaking and the gameplay reflects this quite well. Miles has pretty insane agility that is reinforced by the mission’s nature that mostly needs players to be fast on their feet. Nearly every mission in this incredible spin-off provides marvellous set-pieces and exhilarating, iterative gameplay that can constantly keep gamers on their toes. The venom moves performed by Morales bring even more hack-and-slash touch to the combat, and players can get to swing around the city as much as they would like, as Spider-man. One can never get bored of that.

One of the most enjoyable gameplay mechanics in Spider-Man Miles Morales is the traversal. You can dive off the edge of a vertigo-inducing building and fire out a web right before scraping across the asphalt and this move is completely exhilarating. During this moment, you can shoot yourself forward very fast, perform aerial tricks while freefalling towards the ground and enjoy the snowy New York while flying through the air.

You can also fast travel but the action of swinging across the city is very engaging and well captured that it never gets boring. Spider-Man Miles Morales comes with various difficulty settings and lots of accessibility options making sure that everyone can enjoy despite their age or previous experience with video games.

The game is filled with some of the best-selected songs to go with it right from the opening sequence where players start to swing for the first time to the signature movement of getting a suit. The game’s song selection is brilliant. New York, being a bustling city is brought to life by the sound design of the game that ensures that you enjoy every moment. The busy streets of New York are filled with the sounds of people and cars to the speaker on the controller add a swish each time while shooting a web to swing, making it all sound great.

Some story-specific missions require the player to walk Harlem streets and if you wear a nice pair of headphones in the sequence you will absolutely love the chatter that you will hear around you. There is also a specific side quest where one is expected to hunt for sounds from the city and in the side quests; you will find one side mission that involves the player listening to the sounds in the city. The sound design in Spider-Man Miles Morales is authentic and everything sounds as it should whether you are using the TV speakers or headsets.

Spider-Man Miles Morales is quite an innovative game and one of the greatest innovations includes the costumes. His suit powers are rather innovative and the specialty throwbacks such as the “Into the Spider-Verse” suit reanimate the movements of Miles in matching the signature style of the movie. This game also takes out some of the labor out of bringing together new suits and gadgets by coupling down the connection amongst collectibles and unlocking.

Spider-Man Miles Morales was set right after the events of Spider-man continuing the story with a young Miles getting into his first days as Spider-man. The story will last you nearly ten hours with cinematic cut scenes, and this story has a much tighter experience compared to Spider-man. Miles is expected to defend his city on his own after getting quick lessons and training exercises as an upcoming hero. Miles must learn how to fully control powers while striking a balance between his newfound accountabilities as well as his personal life.

He is forced to intervene as Spider-man in the fight between the Roxxon Corporation and the Underground, a group owning futuristic weapons. He must prevent New York from getting destroyed thus; he battles supervillains such as the Rhino, the Prowler, and the Tinkerer while fighting to protect the city. Spider-Man Miles Morales’ story succeeds in separating the hero from Peter Parker. He is more independent and his identity is highlighted as an Afro-Latino New Yorker who focuses on the relationships that make him unique and not like the original Spider-man.

Overall, Spider-Man Miles Morales stands out as a crucial story in Insomniac’s Spidey Universe. The game tells a wonderful story and improves upon the basics of the first game with distinct moves and enemies. The game looks spectacular, loads easily, and makes good use of the DualSense controller. The music and the sound design are very authentic and this is an undeniably worthy follow-up to one of the most amazing games of the last generation. If you are looking for a perfect way to spend your time, then playing Miles Morales will be worth every second. The thrilling experience will take you to a whole new world.