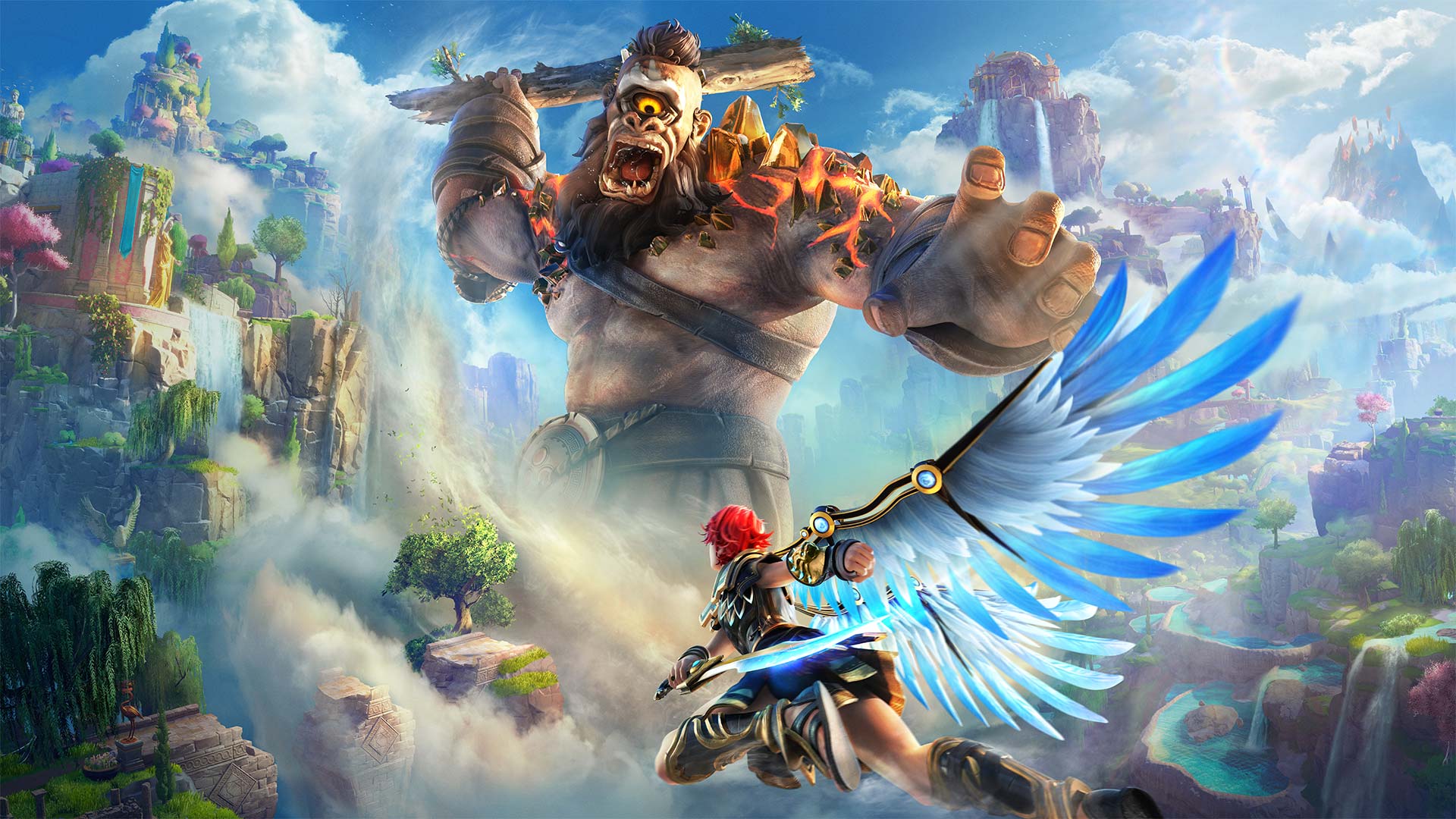 Immortals Fenyx Rising by Ubisoft involves taking down Typhon, a monster in the city while also conquering other monsters and warriors. The game is quite unique, thus, the more you play the more you will appreciate it. After Fenyx survives a shipwreck he attempts to make sense of the world he finds himself in. In the process, lots of things happen and as the game progresses, you will discover a mysterious character that plays a key role in the story.

Immortals Fenyx Rising boasts of very colorful and fun visuals. As you explore the island you will find it very spacious and scenic. The vastness of the island will immediately strike you as there is a proximate- limitless draw distance. The scenes are magnificent with a very extensive level of detail in the landscapes which give the world in the game a wide sense of depth. The controls of the game are very tight and defined and as a player you can choose if you would like to highlight the rates of the frame up to a 4K resolution. Although sometimes there may seem to be a little visual depth from the environments as a result of the passable system of lighting and its cartoony aesthetic, nonetheless the overall environmental design is quite appealing. Fenyx Rising is a very colorful game and on an HDR display, the game shines brightly. Needless to say, the visuals of Immortals Rising are by far one of the game’s strongest points.

A quick start at the game, I noticed that Immortals Fenyx Rising makes the players scale the enormous statues of every region’s signature god while going down upon the landscape beneath and this gives you a vivid view of how the land lays. Fenyx has the ability to see in Far Sight and this helps in pinpointing new tasks and mysteries in the world beneath. If you do not want to go with Far Sight, you can, as the game offers just that. The game focuses on having different chests to open or tasks to undertake. This proves good gameplay rather than exploration. Immortals Fenyx has very good platforming experiences that you will ever play in most games, especially when hunting for the difficult gameplay paths. The puzzles and challenges to undertake help in the overall progression of Immortals Fenyx and all the things you will find are quite useful in cracking new skills or enhancing your strength and endurance.

One of the things that you will absolutely love about Fenyx Rising is the sound especially when the enemies are screaming. The sound made by the sounding of the weapons is also very pleasing combined with the fantastic soundtrack that creates a very beautiful melody. The sound of this game helps in elevating its magic to a whole new level. Every region in the game contains its own sound theme which is actually amazing and fun. The pieces of music link to every god you encounter and this assists in expressing the gods as well as their personality. The different sound theme also defines the region the player is in. The game also uses music to support the combat with the monsters. Some puzzles also contain their own music which makes the game very interesting to play. As I played the game and got into Tartarus, I felt a very different aesthetic in that region. As I explored the world, I noticed the music shift based on the kind of action I was performing, whether it was flying, running, or climbing.

Although the game has good gameplay with colorful visuals, the innovation is a bit lacking. Immortals Fenyx has a striking resemblance to Zelda Breath of the Wild’s central mechanics. Therefore, you may find it a little boring if you have played Breath of the Wild‘s central mechanics before. Nonetheless, Immortals Fenyx Rising features a light-hearted, amusing tone, excellent combat, lots of content and the main quest is well designed. The game is also reminiscent in a perfect way, of 3D puzzle games that were present during the era of PlayStation 2 and GameCube. The journey travelled by Fenyx in a bid to save the Greek Gods while restoring the beauty that the world had before is an experience worth undergoing.

It is very easy to follow the plot and story of Immortals Fenyx Rising. During a storm, Fenyx is stranded on the Golden Isle. Fenyx character can either be a male or a female and they awaken to find the brother and the team turned to stone. They all discover that the island was where the Greek gods resided but it had fallen into crisis as the titan Typhon had escaped from Tartoros to avenge the gods that had held him captive. As Fenyx wanted to save the brother, he joined hands with the gods to help them regain their power and overthrow Typhon. Zeus and Prometheus narrate the whole game as if they were just retelling an epic story. Other characters that play a significant role in the game include Hermes, Ares, Hephaistos, Aphrodite, and Athena who are all offsprings of Zeus. The way the gods interact with each other makes the game very delightful. The immortals also use great humor which sometimes can be borderline adult humor but still keeps it PG-13 for children. The narrative contains some twists and turns that I was not expecting especially where it involves Fenyx’s brother and his loyalties and former heroics. At the end of the game, Fenyx becomes a demigod and this did not come as a surprise as I was expecting because the game had already labeled Fenyx as a demigod during marketing. The ending is quite satisfying although it did not shock me as I thought it would.

Immortals Fenyx Rising contains a wealth of mythology that one can pull inspiration from. The game is fun to play and I had an incredible time exploring it. Its world is fantastic and it has a real sense of discovery with very engaging combat. Combined with its humorous characters, the game is an excellent play.

Immortals Fenyx Rising Review – An Adventure to Greatness
Conclusion
Immortals Fenyx Rising's world is fantastic and it has a real sense of discovery with very engaging combat.
Positive
Very extensive level of detail in the landscapes
Negative
Innovation is a bit lacking
4.5
GAMEHAUNT SCORE
Where to Buy
Humble BundleEpic Game Store