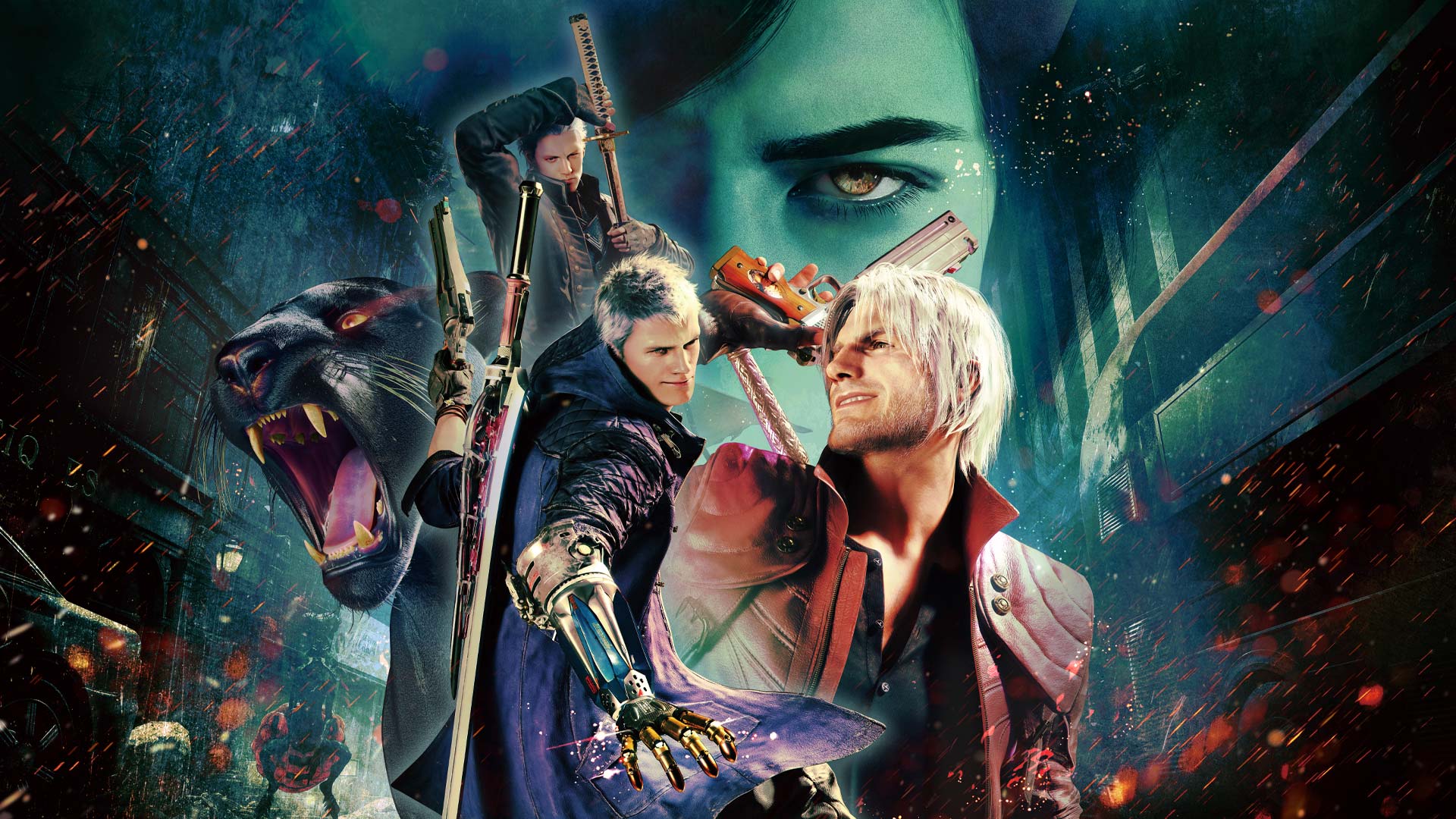 Ever since the first release of Devil May Cry in 2001 and the succeeding games after that, this action-adventure, hack and slash, third-person shooter series has garnered a massive cult fanbase.

With Sony Playstation 5’s next generation game engine, Devil May Cry 5 Special Edition features several rendering modes. There is the standard ‘normal’ native 4k option. The ray-traced quality and performance modes. Plus a high frame-rate mode aimed at 120Hz gaming. Even better, when you run the game on a 120Hz screen, all modes operate with an unlocked frame-rate. That means every game variation has the potential to break the 60fps barrier.

Gorgeous graphics with photorealistic lighting effects add a layer of realism to the game. Making the player’s gameplay experience that much more exciting.

Focusing on fast-paced, action styled combat, veteran players will quickly find themselves in familiar territory. Divided into several stages, the gameplay is like previous titles of the Devil May Cry series. First-time players will also be able to understand how the game works.

In each stage, the player fights hordes of demons with a variety of attacks and weapons. When completed, they will receive a style rating based on several factors, like move variety, length of a combo, and dodging attacks.

Devil May Cry 5 Special Edition has three playable characters to choose from. Namely, Dante, Nero, and V. Each character has their own combat playstyle as well as unique weapons.

Dante uses his trademark weapons to fight demons, as well as his signature moves from his Devil May Cry 4 persona.

Nero also fights using a sword and gun, but instead of his demonic arm from the previous game, he uses an assortment of new robotic arms called Devil Breakers.

While V wields a book and a silver cane. Due to his weak body, he relies on summoning three demons based on enemies from the first game, to fight for him.

With upgraded compatibility to the Sony Playstation 5, Devil May Cry 5 Special Edition offers more game content and promises to take advantage of Sony Playstation 5’s game engine to give players an immersive next level experience.

Players are able to access the Bloody Palace, a challenging arena where players can test their skills. And a new mode called Legendary dark knight is also available which throws more demons at the players than ever, making this one of the most challenging modes in the game.

Vergil will also be available as a playable character in the Sony Playstation 5 version of the game.

The Devil May Cry 5 Special Edition soundtrack has a total of 136 tracks and is available across 5 CDs.

The game also makes use of Sony’s Playstation 5’s 3D audio feature which allows players to hear where enemies are approaching based on sound alone. Imagine hearing the sound of an army of Hellspawns. Players will be able to pinpoint especially where they are all in relation to the camera based on their cries.

This amazing state of the art technology will give players a full 3D experience. As if they are actually in the in-game world.

The story of Devil May Cry 5 takes place many years after the in-game events of Devil May Cry 4. The game brings back two returning characters, Dante and Nero, as legendary devil hunters, and a new protagonist named V. Together, these three warriors team up to fight against a new demonic force threatening to destroy the human world.

Spoiler Ahead. Read at your own risk.

As the story progresses, V’s identity is eventually revealed. Turns out V is the discarded humanity of Vergil and he’s dying. His goal is to merge back with Urizen, Vergil’s demonic half, to their original form. Eventually, V is successful, Vergil is revived. He and Dante inevitably clash heads, and Dante reveals Nero is Vergil’s son.

To prevent his uncle and father from killing each other, Nero who managed to awaken his own demonic powers, steps in to stop the fight and challenges his father. Both brothers decide if Nero manages to win against his dad, they’ll stop fighting. Nero wins and gets the brothers to call a truce between their feud. At the end of the game, Dante and Vergil spend eternity in hell as friendly rivals, instead of enemies.

Players definitely need to add Devil May Cry 5 Special Edition to their Sony Playstation 5 game library. Not only does it makes full use of the Sony Playstation 5’s state of the art game engine such as Ray Tracing nd 3D Audio, but it also comes packaged with new content, unlocks the Legendary Knight mode, unlocks new costumes, and you can also play as Vergil in the game, giving a fresh new perspective when replaying the game.

Veteran fans and rookies alike will enjoy hours playing this game in an immersive experience .