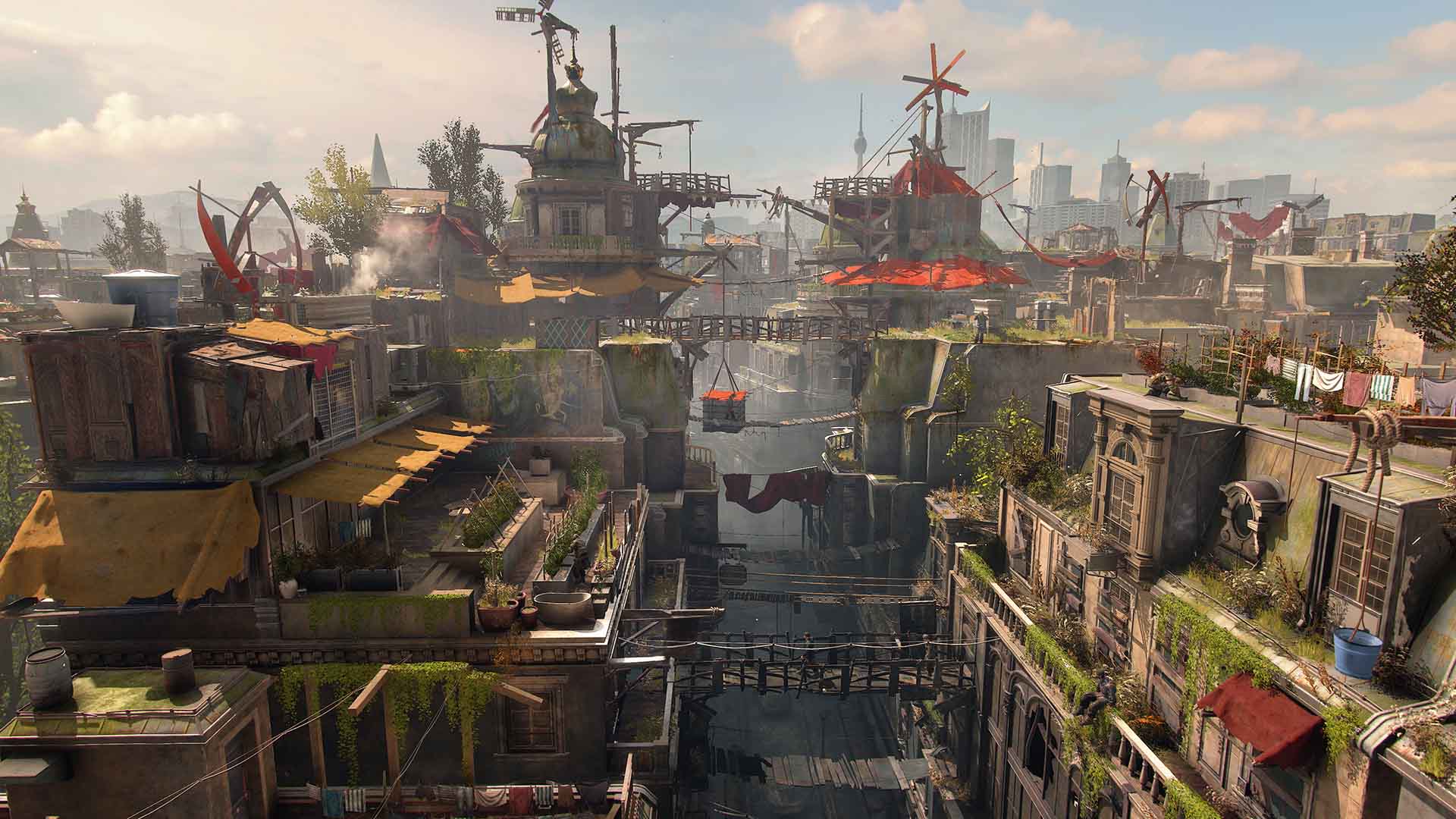 Dying Light, which came out in 2015, was a breath of fresh air in a congested genre. About 90% of zombie games follow the same pattern, where you drop into a place, scrounge for supplies, then blast down waves of the undead. Techland, the game’s creator has encouraged players to flee and fend for themselves.

Despite the hackneyed storyline and sluggish combat, the game’s use of parkour skills made it stand out from the crowd. It is hoped that the sequel would build on these foundations and include a choice system that has a profound impact on the environment around it.

The story of Dying Light 2

After the events of Harran, our story takes place 20 years later. In the wake of humanity’s defeat in the struggle against the virus, we have fallen back into the ways of the Dark Ages. Humanity as we know it is on the verge of extinction as the streets are overrun with zombies and everyone is dressed in their shabby best. Even though the prequel is frequently referenced in the game, you don’t need to have played it to follow along. Even though there are a few flaws in the plot and characters, the new generation works perfectly great.

Aiden Caldwell, a pilgrim searching for his long-lost sister, Mia, is our character. Flashbacks reveal that Waltz, a textbook evil doctor, was in charge of an underground research operation involving the twins. At this stage, the characters and storyline conveniences are both quite basic, which makes for a lot of groan-inducing moments.

Getting out of the core tunnel is made easier with the assistance of Hakon, a night runner. Obtaining access requires a biomarker, an immunity-monitoring device that looks like a watch and ensures you won’t go rogue. Once you learn that everyone has been afflicted, the game introduces a narrative-related tutorial. In order to set the stage for war, the script creates three opposing groups, with which you can choose to side in various ways. The decisions you make affect your experience, but they aren’t as significant as the developers claim. Many of the subplots can only proceed in one direction, regardless of the speech you choose.

With Sophie, you’ll work to take back control of the main water supply from the PKs in this storyline. As an outsider, you and Barney get into a lot of fights since you don’t get along with one other at first. Throughout the course of the game, doing objectives for her builds an alliance, however, it is only shown in cut-scenes. Sadly, you can’t join forces with any of the characters to complete quests or go exploring.

A quick look at the gameplay of Dying Light 2

Techland’s Dying Light 2 delivers on its promises, but there are a few hiccups along the road. This time around, the open world is broader and more diverse in terms of design. Discarded buildings, sparse foliage, and drab color palettes fill the streets.

Even though it is more difficult, the sequel maintains the freeform traversal system’s integrity. As insane and exhilarating as parkour was the first time we discovered it, it remains so if you put in the effort. To put it another way, most skills and moves are locked behind a progression system.

As you go through the game, you’ll need more stamina, which will come in handy for things like scaling large skyscrapers and making more precise leaps. When playing parkour with a low-level friend in co-op, you will surely have a different experience because the game rewards people who spend more time there.

The world is your oyster if you’ve drained Aiden’s skill tree dry. A variety of dangerous maneuvers allow you to traverse the map in a fun and exciting way. Jumping from one building to another while the surrounding noise is muffled is a terrible experience that is made all the more so. You’ll occasionally discover your “physical” feet jittering with each stride in wall running and slide mechanics. This time, there’s no option to “sprint.” Maintaining momentum helps you go faster, thus being fluid and precise while doing parkour is a necessity.

Despite the mechanical improvements, the combat still needs a little fine-tuning. Now you can parry oncoming blows, hop over an enemy, and dropkick the unaware into spike railings, making it more fun than ever! Adding a spark mod to your improvised weapons gives you the potential to shock your opponents with each strike, which adds an element of surprise to the action.

When playing Dying Light 1, the recurring day and night cycle was the most aggravating feature. Many people avoid leaving their homes at dusk since the undead are stronger and faster at night, following them onto roofs and biting into their intestines.

The inventory management system in this game is a disaster, or to put it another way, complex. While running, you collect hundreds of goods, sometimes without even reading the description, and put them in your rucksack

In Dying Light 2, brilliant colors contrast with the lush greenery of the living and rotting brown of the dead, making the game visually appealing. The setting sun casts long shadows and a warm glow that accentuates skin texture with a sense of hope and vitality.

The low-synth, steampunk music that plays as you’re being hunted by hordes of zombies is excellent. It gives you a surge of excitement to keep running in circles and teasing them with your parkour talents. The primary theme songs in this game, on the other hand, sounded familiar to me, almost as if they were remixes.

Instead of a direct sequel to Techland’s grittier, realistic take on the zombie-killing genre, Dying Light 2 works better as an RPG (role-playing game). In contrast to the largely formulaic plot, the choice-based dialogue system provides some depth and engagement value, while the new combat mechanic is inches away from perfection. A strong, liberated experience is expected to be realized within the next patch or two thanks to the parkour action, which is still the game’s main draw.