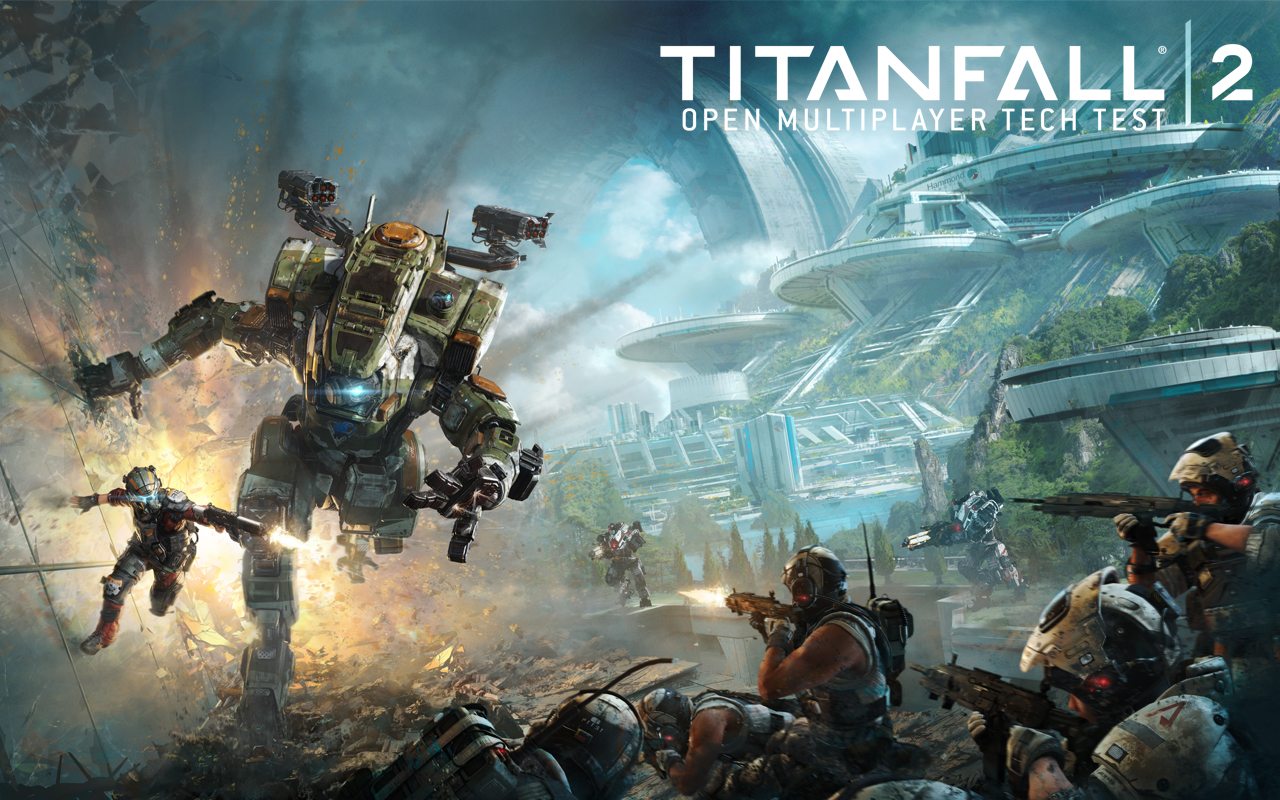 Today, Respawn Entertainment and Electronic Arts Inc. announced that the Titanfall 2 Open Multiplayer Technical Test will be available across two weekends in August for the PlayStation 4 computer entertainment system and Xbox One, the all-in-one games and entertainment system from Microsoft. Fans will be able to get their hands on the fast, fluid, Pilot and Titan gameplay that is at the core of the Titanfall experience while helping the team at Respawn test the Titanfall 2 servers and backend systems prior to the games release on October 28th worldwide.

It all starts the weekend of Friday, August 19th, where fans will be able to play two exciting new Titanfall 2 multiplayer modes across two maps:

During the second weekend of the Titanfall 2 open multiplayer technical test, all the content from the previous weekend will still be available, plus a brand new mode and map for players to enjoy:

During the open multiplayer technical test, fans will have access to two all-new Titans: Ion and Scorch, as well as a range of Pilot tactical abilities including Grapple, Holo Point, and Pulse Blade. Fans will also have access to a variety of weapons including a deadly horizontal spread shotgun known as the Masttiff and the Alternator, a dual-barrel SMG.

In addition, players are encouraged to try out Networks, a brand new feature in Titanfall 2 that makes finding and playing with friends fast and easy. To learn more about the Titanfall 2 Open Multiplayer Technical Test, head over towww.titanfall.com for all the details.

Titanfall 2 is crafted by one of the co-creators of Call of Duty and other key designers behind the Call of Duty franchise, and is set to build on the foundation Respawn established with the first Titanfall – fast, fluid, fun gameplay between Pilots and Titans. Titanfall 2 will also mark the debut of a crafted single player experience that explores the unique bond between man and machine. Playable offline, the single player campaign in Titanfall 2 will let fans step out onto the Frontier as a Militia rifleman with aspirations of becoming an elite Pilot. Stranded behind enemy lines and facing overwhelming odds, players must team up with a veteran Titan to uphold a mission they were never meant to carry out.

Fans wanting to hit The Frontier first on October 28 can pre-order Titanfall 2 now at Titanfall.com. For those looking to have the ability to customize every titan day one, the Titanfall 2 Deluxe Edition offers day-one access to exclusive Warpaints and Nose Arts, two camouflages, and more.*