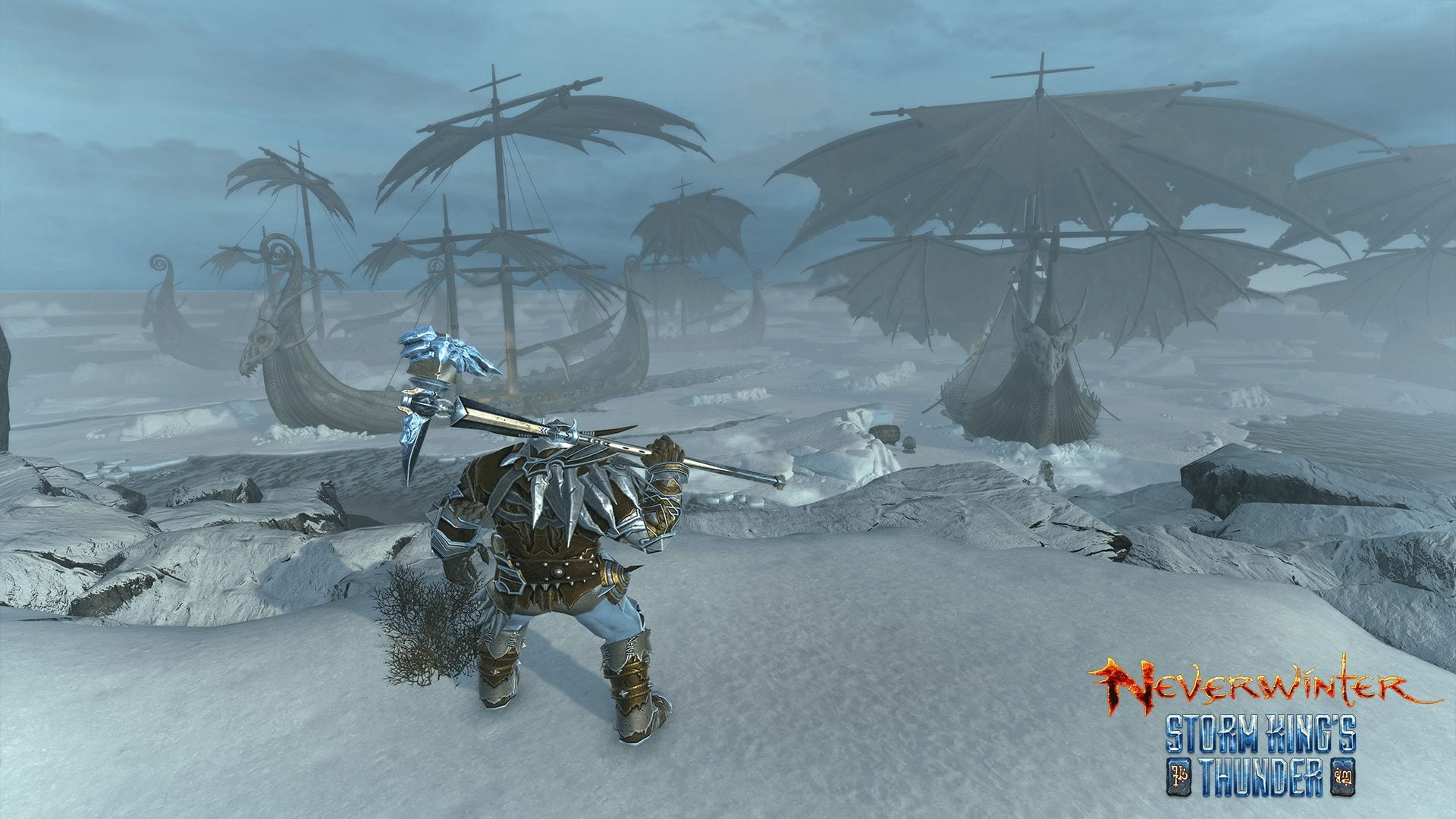 Perfect World Entertainment Inc., a leading publisher of free-to-play MMORPGs, and Cryptic Studios announced Neverwinter: Storm King’s Thunder is now available on PC and will launch on Xbox One and PlayStation 4 at a later date. This update marks the tenth official expansion for the free-to-play Dungeons & Dragons MMORPG. Based on a new adventure from Wizards of the Coast, Storm King’s Thunder sees adventurers face off against invading giants, while braving their way through three new adventure zones and a challenging new dungeon.

Frost giants have forced their way into Icewind Dale, creating a call-to-arms for Neverwinter’s strongest to defend the land from these gargantuan invaders. Adventurers will travel to Bryn Shander, the largest settlement within the Ten Towns, to save the townsfolk from attack. To defeat the frost giants, players will need to enlist the help of classic Dungeons & Dragons characters as they explore different regions. This includes heroes like Catti-brie, Wulfgar and Harshnag. Once the battle has been won, they will continue on to Lonelywood and Cold Run, until they eventually reach Fangbreaker Island, a remote isle in the treacherous Sea of Moving Ice.

A full list of gameplay updates available with the release of Storm King’s Thunder includes:

Neverwinter is a free-to-play action MMORPG that features fast-paced combat and epic dungeons. Players explore the vast city of Neverwinter and its surrounding countryside, learning the vivid history of the iconic city in the Forgotten Realms and battling its many enemies. Neverwinter is available on PC and is free to play digitally on Xbox One with Gold from the Xbox Games Store and PlayStation 4 (PlayStation Plus not required).

Celebrate Halloween on a Different Planet with Project Genom