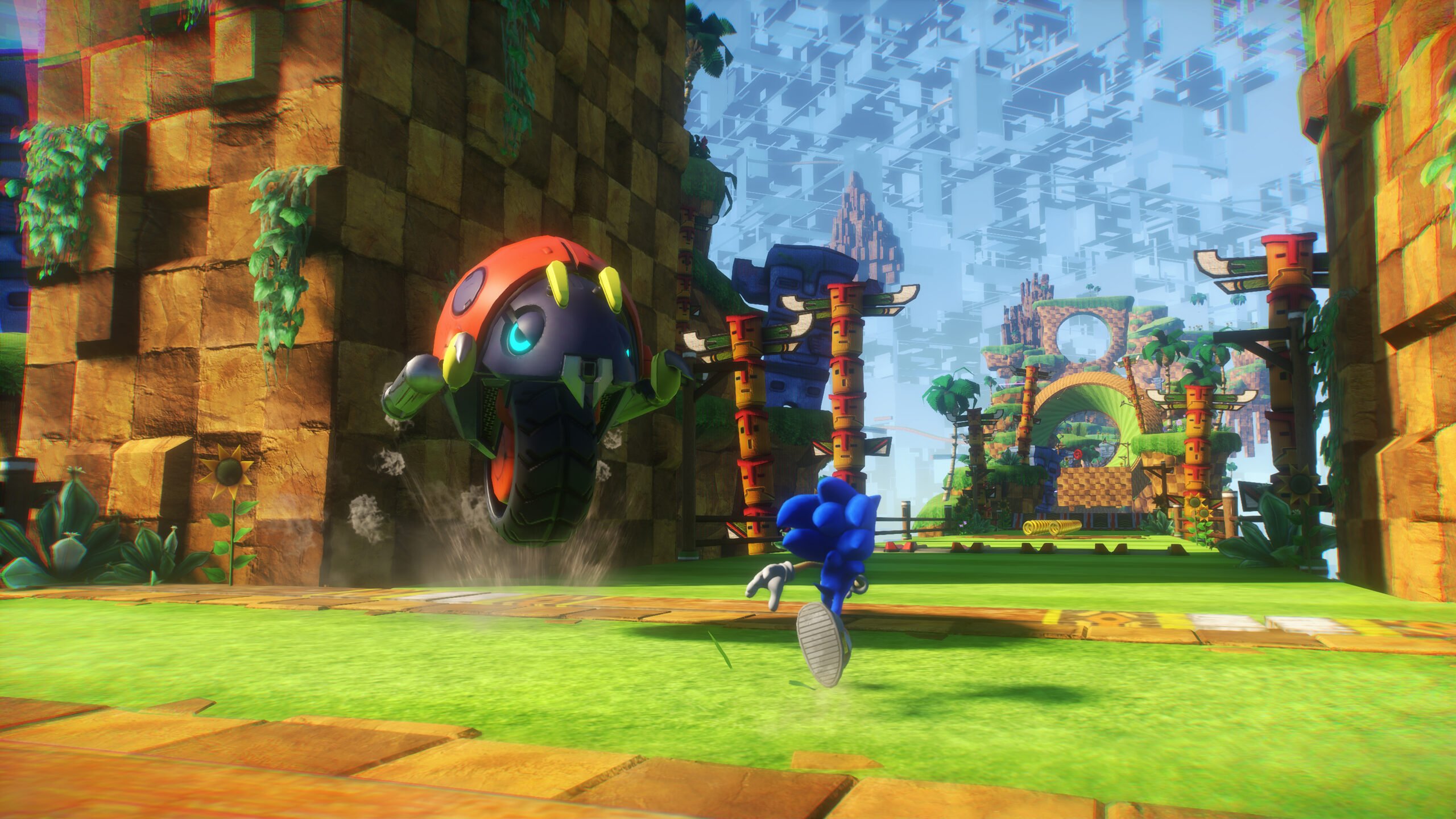 Sonic Frontiers is an innovative and captivating open-world video game. Sonic and his friends are supposed to crash land on some unknown islands full of amazing ruins. Sonic has to scour vast expanses for obstacles as part of the primary game flow. A small section of the landscape, some guiding rails, and some upgrade coins, of which there are many, are all unlocked by completing the mini-puzzles. You can search for Portals once you discover and finish additional tasks.

These require Portal Gears, which are dropped by both large and little foes, to be opened. When you hit a portal, you are transported to cyberspace and the more conventional Sonic Frontiers gameplay, where you’ll complete continuous runs through various landmasses.

Each of the numerous conditions that each gateway opens, typically results in awarding a Vault Key. The Chaos Emeralds can be unlocked once you have obtained sufficient vault keys. You can battle the Titans of every region and transform into Super Sonic thanks to the Chaos Emeralds.

Sonic Frontiers runs more smoothly on a computer than it does on other platforms. This game appears to operate at speeds ranging from 1080/60 FPS – 4K/30 FPS on consoles, whereas the Switch versions play at 720/30 FPS. The PC version is logically superior to its rivals, albeit only by a slight margin. Sonic Frontiers support a maximum setting of 4K resolution & 60 FPS.

This may sound rather wonderful for those with monitors capable of 144 frames per second or higher, but others may be dissatisfied. It is impossible to run this game at a higher setting than 60 without the aid of already unstable mods.

The good thing is that you automatically have the most customizing options for every platform. You can change resolution, graphics quality, and other visual parameters to suit how you wish to play Sonic Frontiers. Although it’s not perfect, the setup isn’t terrible, either.

The gameplay of Sonic Frontiers places an emphasis on venturing out into the world and finding various items that are necessary to progress through the plot. You require Vault Keys, which you can acquire by completing missions in “classic” Sonic 2D and 3D platforming levels, to open the vaults holding Chaos Emeralds. Utilizing Gears, which you must acquire by eliminating monsters that roam the environment, you can open these gateways.

On every island, a single character has tokens that can be used to communicate with them at particular areas. These discussions aren’t always required, but many serve to add further details to the plot. Sonic Frontiers has a sense of internal conflict permeating its gameplay and graphics. The basic controls for Sonic feel excellent overall, but jumping can sometimes feel clumsy for the required platforming.

Although Sonic Frontiers does a fantastic job of conveying the sense of speed Sonic needs, there are occasions when moving too quickly causes you to unintentionally touch a bounce pad or even a grind rail and then become stuck in an animation that leads you to a new direction.

Innovation has never been overlooked in the Sonic franchise. Sonic Frontiers takes a very different tone from earlier 3-D Sonic games, which were frequently high-energy, fast-paced, or plot-heavy with colorful heavy rock tunes.

The villains in this game appear utterly different from the foes in Sonic games, which are typically the robotic servants of Doctor Eggman. These opponents, while still robots, are sharper and less cartoonishly designed than earlier Sonic villains, trading Eggman’s Badniks’ vibrant colors for the much chillier silver, black, and red palette.

Nevertheless, these new monsters differ from past bad guys in appearance; they are considerably more diversified and seem more challenging to kill. Earlier, Sonic could effortlessly and without losing any momentum blast through monsters.

Nonetheless, in Sonic Frontiers, monsters use a variety of defensive strategies and absorb numerous hits before succumbing. Thus, the player must adjust their playing style accordingly. Along with puzzles and difficulties, Sonic Frontiers has them scattered across the game’s open area. Players will be able to discover different parts of the map thanks to these difficulties.

The landscapes in Sonic Frontiers appear beautiful and varied from a presentation standpoint. However, there is a bunch of pop-ins. You will have to stop quickly if you spot anything of interest since traversal objects may suddenly appear in your field of vision, particularly as Sonic is zooming over hills. The soundtrack is exceptionally fantastic while you’re driving about, with a great combination of contemplative, meditative songs and aggressive rock music.

The soundtrack consistently supports what is going on on-screen and improves the experience. Each track in Cyber Space is an amazing banger, giving intense speed and adrenaline thrills to every run. The sound is the cherry on top of the Cyber Spacecake. Artist Tomoya Ohtani and the crew masterfully created the soundtrack for this game; players will soon be playing it repeatedly.

When they get close, a wormhole pulls their aircraft into Cyber Space, a virtual universe where only Sonic can escape to the island in the physical world. Sonic is complemented and given the mission to retrieve the Chaos Emeralds and take out the island’s robot, “Titans,” to dissolve the barrier separating the physical world from the virtual one. Sonic wanders between dimensions, searching for the keys needed to release his friends.

This includes Knuckles the Echidna, who was moved there from Sky Sanctuary’s rubble, from their immersive cages in the mistaken belief that doing so will protect his friends, who can project themselves as holographic images in the physical world. Even so, the process essentially ruins Sonic’s body after a while.