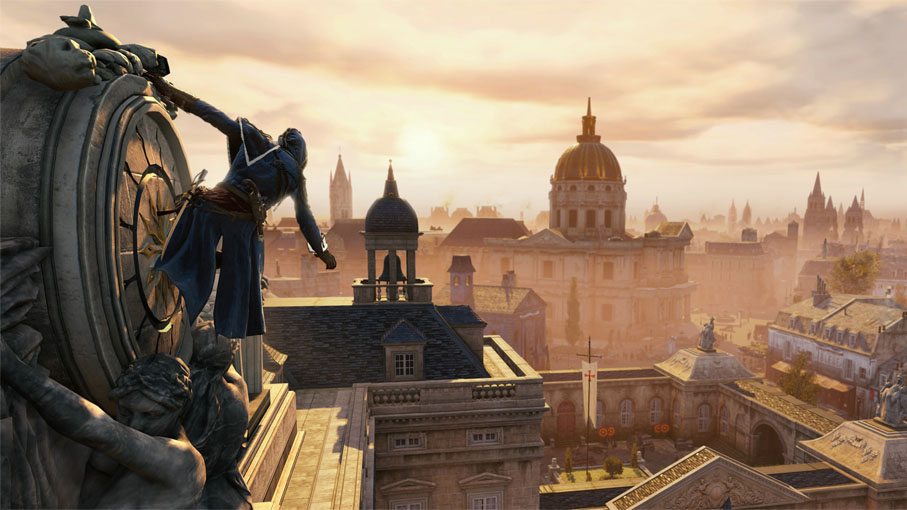 The game is developed by Ubisoft and it has a high quality graphics. When I passed by the river, I saw my reflection in the water and it almost seemed like it was real. The shadows slowly appeared in the buildings as daytime turned into night. When I passed by the Parisian landscape, the lamp fires were glowing and the 3D effects looked realistic.

When I passed by the Notre Dame, I saw ceilings arched above me. I climbed the Notre Dame and I noticed spectacular details. I feel like this game truly catches the life and history of the place. There are now more NPCs across the street when compared to the previous editions of the game. They formed a large group in central squares beneath the Notre Dame. I am able to watch guillotine sessions and blend with the civilians to assassinate my enemy silently. The number of citizens living in Assassin’s Creed Unity makes the game realistic.

The voice of other people in the background added life to the game. The police and the guards have British accents and I can hear it, especially when they are talking to the French citizens. They sometimes ask me if I soiled myself recently and they also called me a “pillock”.

Arno Dorian is the main character of the game. He became an assassin during the French Revolution in Paris. Arno Dorian has a strong personality and he has similar characteristics to the assassin from Assassin’s Creed 2 known as Ezio Auditore da Firenze. 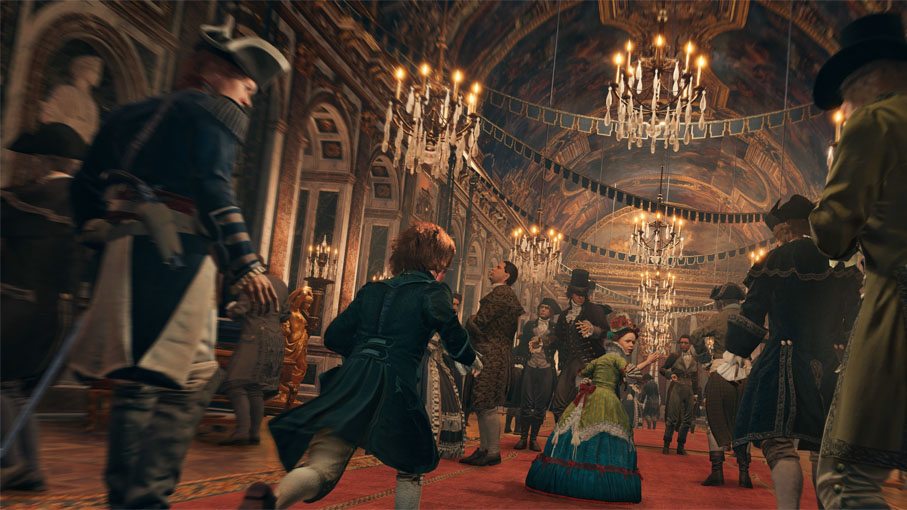 In Assassin’s Creed Unity, I followed Arno Dorian’s life when he was still a kid until he became a great assassin. The game has one of the best storylines that I have seen when compared to the previous Assassin’s Creed series. Versailles will be shown only a few times throughout the game but I can always visit the place whenever I want to. I spent most of the time in Paris because that’s where most of the events took place.

In Assassin’s Creed Unity, I can go inside almost any building that I come across. Most of the time, the missions and chests can only be found inside the buildings or houses. Playing the game is easy, I just press RT when I want to climb a building and if I want my character to swing inside windows, I simply press LT. The best thing I like about the game is its sense of freedom. I can choose whatever mission I like and most assassinations take place in an open fortress format. The open fortress format enables my character to have a wider view of the area and it allows him to see if he can distract enemies or if he can find a hidden entrance. 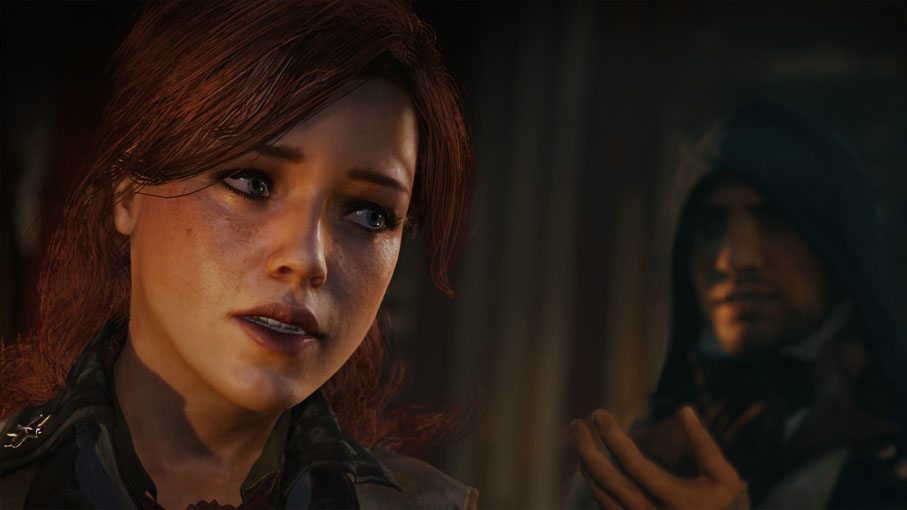 The skill that I liked the most is Stealth because it gives me lockpicking capabilities in order to open hidden doors and it also allows me to open red chests. To finish the game, you will have to unlock several skills to acquire abilities that are similar to other killers such as Edward Kenway. Edward can perform double air assassinations, double assassinations, roll recovery and environmental blending. 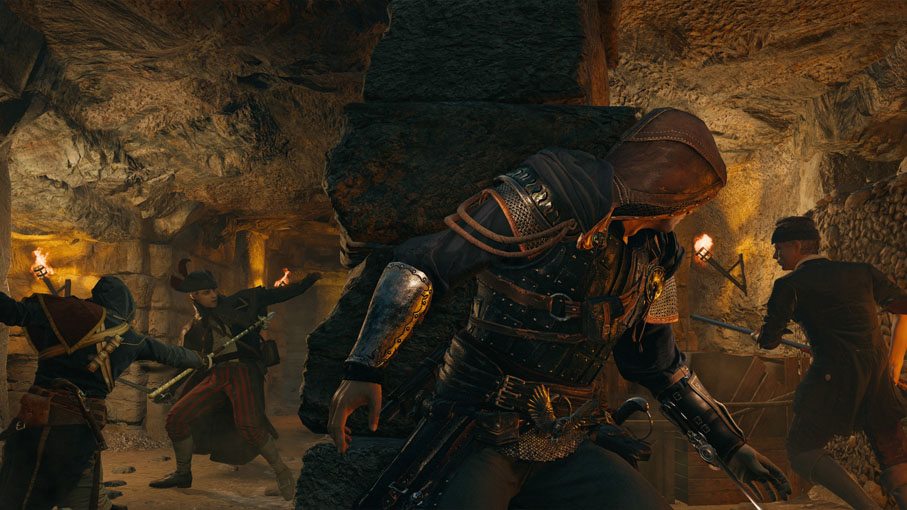 There are four currencies in Assassin’s Creed Unity and these are sync points, French Livre, creed points and hack points. Sync points are used to unlock the skills. You can earn them through co-op or campaign missions. French Livre is the main currency and you can use it to buy gears, weapons and other items. Creed points are used to upgrade the gears and weapons. Hack points allow you to get a high-level gear even if you don’t have enough experience yet. However, you can only purchase hack points by using microtransaction. If you want to get lots of money in order to get hack points without using microtransaction, you have to unlock Café de la Theatre and other social houses.

The co-op missions allow up to 4 players to play the game and your friends will surely love it. The co-op missions are similar to the single player campaign and each mission you complete will have its diamond rating. The higher your diamond rating, the more difficult your next mission will be. However, some missions in the co-op can only be played by two players but there are also other missions that can be played by four players. 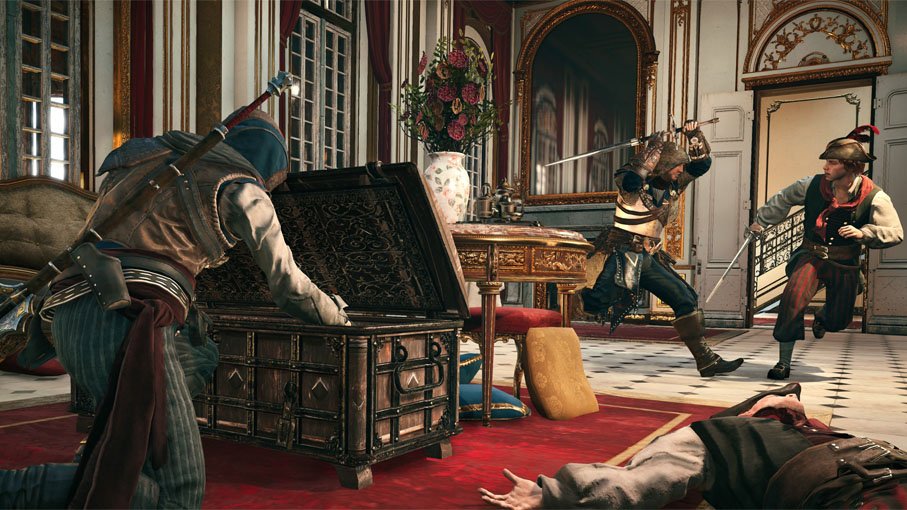 The new RPG elements allow gamers to customize the gameplay. The open-ended missions offer a new way for gamers to experience what it feels like being an assassin who is capable of controlling their skills and weapons. The Assassin’s Creed Unity is one of the most spectacular games I ever played on PlayStation 4. I’m quite impressed by the lighting effects and the storyline of the game.