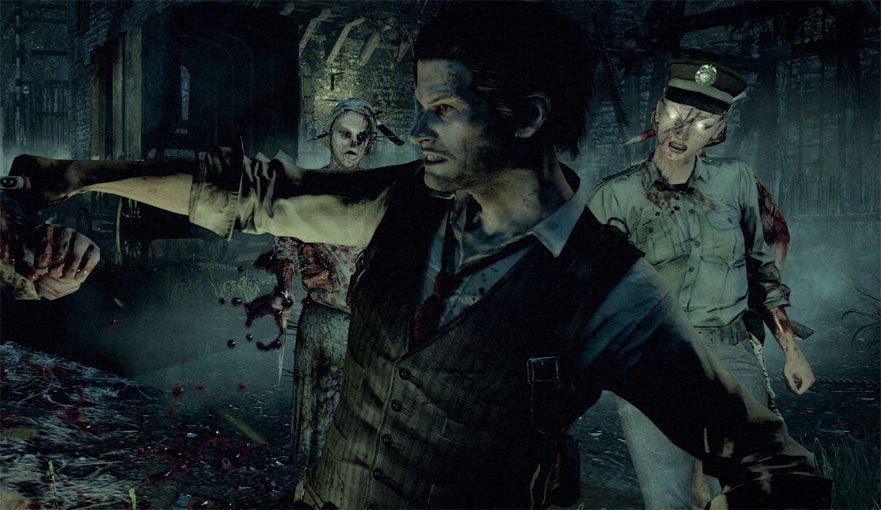 The Evil Within Review

I played The Evil Within on PlayStation 4 for two days and here is my honest review about the game. The game is a survival-horror that reminded me of Resident Evil 4. The Evil Within is for horror game fans and it has many challenges waiting for anyone who plays it. The game is driven by a slow and deep sense of dread that makes my heart beat faster from unseen enemies. Most of the tension is produced by the game’s remarkable use of atmosphere, which looks impactful and dark.

The Evil Within is about a multiple homicide incident that takes place in a mental institution at Krimson City. It all started when the main character had unusual experiences in an area near the hospital where he lives. At first, the game is full of mystery but it will eventually turn into a horror scene and a battle against scary creatures.

There are many places to explore in the hospital and there is blood everywhere. The ravaged urban center is full of monsters and they patrol the streets frequently. The Evil Within will take you to different places, and all of them have a terrifying atmosphere.

The main character in the game is a detective named Sebastian Castellanos, who appears to be a calm and quiet person. Sebastian tries to look for clues about what really happened in the area and why he is facing scary monsters. During most of the game, Sebastian encounters horrifying events such as clanging industrial interiors, weird-looking meat lockers, and mannequins possessed by evil spirits.

Most of the places in The Evil Within have dark backgrounds but it blends well with good lighting effect. The menacing audio adds a horrifying experience from the environment and it makes my heart skip several beats. While playing The Evil Within, I noticed that there is some roughness along the edges which might be caused by clipping issues and texture pop-up in the PlayStation 4. But overall, it is a beautifully designed horror game.

There are ominous escape routes and looming shadows in most chapters of the game. While playing the game, my mood changes and I feel a little bit terrified when Sebastian encounters weird-looking creatures. I sometimes try to avoid an enemy but I found out that it was only my shadow. There are times when I try to run from an unseen attacker but I realized that there is really no one chasing me. Overall, the gameplay is horrifying and it looks realistic.

When entering a room, I only need to tap the door once and it will open quietly. If I tap the door twice, it will open quickly and the monsters have a higher tendency to attack me. The gameplay is good, but there are some instances where certain things do not seem to work as expected. For instance, the matches do not always work when I try to light them and Sebastian is unable to shoot while crouching.

There are various enemies found in different places and most of them are smart and unpredictable. As I advanced to the next chapter, I noticed that the enemies look scarier. One of the scariest enemies I saw was the Keeper, who looks like a butcher with his head inside a big metal box covered in barbed wires.

The weapons used to fight enemies in the game include a regular pistol, sniper rifle, crossbow combo, shotgun and grenade. A headshot can kill an enemy using a single bullet. Sometimes when I run out of ammo, I try to use my bare hands to defeat the enemy; and it is not always a success. The crossbow offers different types of special attacks such as electrocute, freeze and harpoon. There are first aid kits, which I sometimes use when Sebastian is badly hurt and the stamina will restore back some of his energy to make him move much quicker.

There are few checkpoints found throughout the game; if you want to save your game, you have to look for them. There is an autosave system, but it is unpredictable and doesn’t work every time. It only saves my progress after I defeat some enemies and other times when I had to wait for a little while it saves the game.

When you spot an enemy, you have two choices: to fight or run. Running from enemies is a safe way to skip some of the challenges found throughout the game especially when Sebastian’s health is low. However, there are certain enemies that I cannot run away from, and I have to defeat them in order to move to the next chapter.

One of the best things I like about this game is that I can trap or distract my enemies by sneaking behind them for a silent kill or throwing bottles to make them turn around and look elsewhere. Playing stealthily is not the best way to play this game, and I would rather fight and defeat my enemies.

Green gels are one of the most useful items in the game because they allow me to upgrade my weapons, abilities, crossbow bolts and stock. However, they are hard to find and they are usually scattered everywhere like a hidden treasure. By using green gels, I am able to increase the damage of my shotgun, and I can also run for a longer period because my stamina has increased.

The Evil Within is a violent and challenging game. It has a creepy world and enemies that looks frightening. Sometimes it is hard to collect ammunitions, and I often feel like it is impossible to defeat some of the enemies. However, in the end, I really enjoy playing this survival horror game.