Far Cry is one of the most anticipated game franchises by many gamers all over the world. Far Cry, after numerous installments, continuously gains praise from critics because of the game’s compelling story and innovative gameplay. Far Cry Primal is the latest installment from the game franchise which promises a more exciting gameplay.

The game was developed by the Montreal Studio and published by no other than Ubisoft. The game was released for the Playstation 4 and Xbox One game consoles in February 2016 while the PV versions will be released in March 2016.

The game takes you back to 10,000 BCE, an era where tribes of hunters roam across the Earth, especially in most parts of Europe. Due to their nature, these hunters are looking to establish permanent settlements and to protect themselves from flora and fauna that can become threats to their very existence. 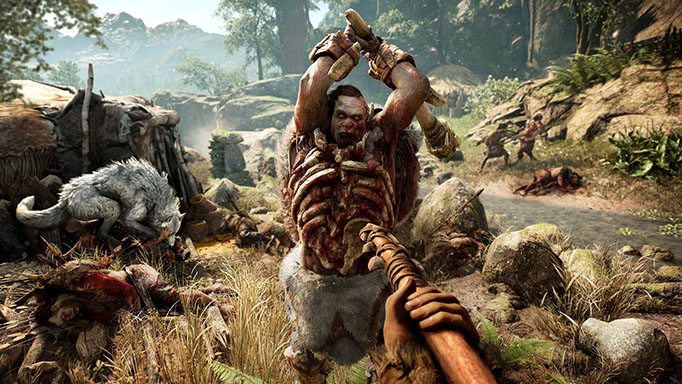 As the player, you take control of the game’s protagonist named Takkar, a hunter from the Wenja tribe who sets out to the land of Oros to reunite with his tribe members. Takkar got separated from his hunting party after a vicious attack of a saber-toothed tiger. After battling the beast, Takkar became the lone survivor.

As soon as Takkar sets off for Oros, he learns that his people have already been scattered by other enemy tribes and most of them have already succumbed to death. Being a strong warrior himself, Takkar decides to take arms, reclaim the land, and reunite his tribe. Throughout his journey, Takkar will be forced to battle against both beast and man to prove that the Wenja are some of the fiercest warriors in the land. 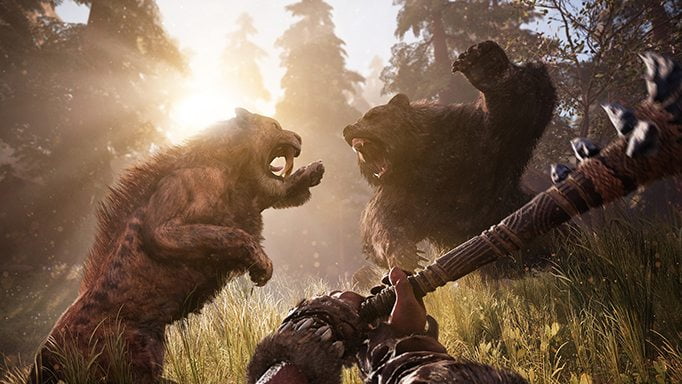 Similar to its predecessors, Far Cry Primal follows an open-world exploration gameplay. This allows you to enjoy a diverse combat experience throughout the game. The version has also added some improvements to the game.

The protagonist starts off as a rather inexperienced and weak tribesman. Takkar will need to make the best out of his arsenal and avoid any unnecessary conflicts as much as possible. As he gains more experience, Takkar would be able to utilize a wide range of skills, weapons, and tools. All of these are crucial in his journey as he will need to deal with fiery beasts and strong humans along the way.

Ubisoft made sure that open-world formula was kept at an impressive level. Far Cry Primal comes with all the core elements in an exciting open-world game. For example, you will need to conquer bonfires in order to expand your territory to a point of interest that provides you with great exploration rewards. You can also gather different flora and dead fauna, which can be used to enhance Takkar’s gear and to provide you more options to improve your village. 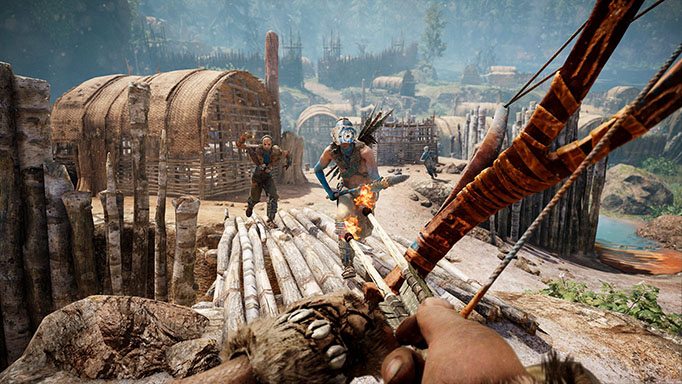 The game looks amazing on both the Xbox One and Playstation 4 versions. Ubisoft has invested most of its efforts in improving the game’s wilderness since it is the terrain that you will most likely spend most of your time in. The game is filled with tall trees that tower to the sky and lush foliage that makes stealth and killing more enjoyable.

However, the details on most supporting characters seem lacking. You will likely notice that most of your enemies look the same. Nonetheless, the game still has its strong points as you will need to deal with menacing creatures such as the saber-toothed tiger, one of the top predators in the land of Oros.

Journeying through the forest and clearing can give you an impressive view of the game’s visuals. You will likely find it enjoyable to switch to owl view in order to gain a better vision of the enemies and a clear view of the landscape. 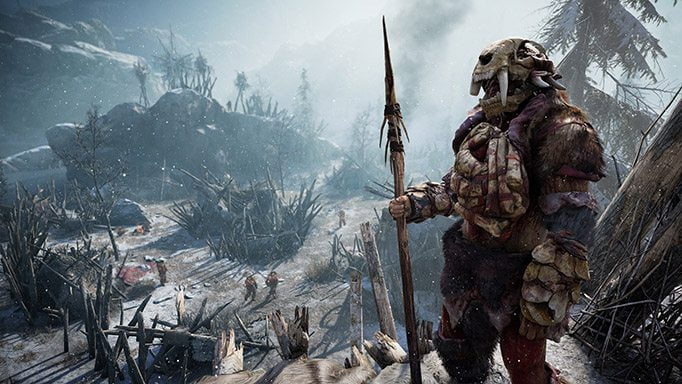 In terms of audio, the game can immerse you in a different world as it features three different dialects of a fictional language. This can provide you the impression that you are inside the game as you get to converse using a fictional language meant to resemble how tribes in Central Europe communicated during those years.

Similar to its predecessor, the game employs some of the best voice actors who perfectly captured the how tribesmen speak. The game is also filled with ambient sounds that play a huge role in your game. The sounds make a huge difference between an effective ambush and your swift death.

The game does not come with a wide range of weapons for the protagonist to wield. However, there are numerous ways to stay healthy and survive. Frontal attacks can also be an effective way to survive the game if you feel like it, but fighting fellow humans can be somewhat disappointing when battling them in melee. This can be just a minor con but for those who have played the franchise since day one, they may feel like the game’s melee battle somewhat underwhelming. 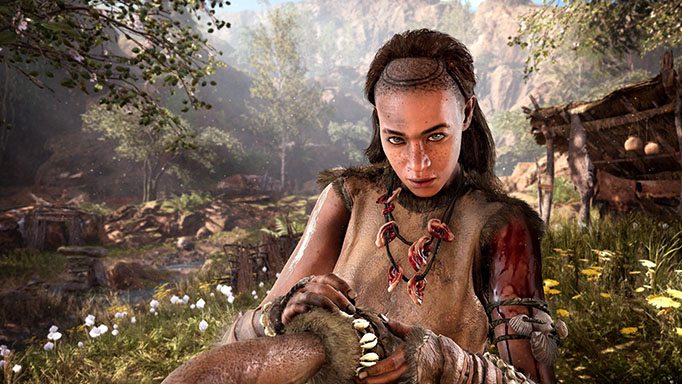 Nevertheless, the game has its own share of great features as you can tame and ride different beasts such as mammoths. This can provide added dimensions to both combat and exploration. The mechanics of the game may look simple but can provide you with hours of fun.

Despite being a part of an overexposed game franchise, Far Cry Primal is a great game. It may have some minor flaws but the overall quality of the game is great. For those who are expecting great improvements from previous Far Cry titles, you may end up being disappointed. Yet, the game has lots of great moments to offer that can entice Far Cry and open-world game fanatics.