Most of the action oriented games have been a huge hit over the years and it is quite common for a hard core game to succeed. All the action packed games provided an engaging game play to the users. A large amount of loot plays a huge part in these kinds of FPS games. Shadow Warrior 2 uses the same action – loot combo to provide an exciting and interesting game play experience to the users.

Shadow Warrior 2, the first person shooter video game, developed by Flying Wild Hog Studio is a stunning sequel to the Shadow Warrior game released in the year 2013. This game released in the month of October, 2016 and got wide appreciation from the masses. The locations of this game include the eastern part of the world and modern sci-fi stages. Constant battle with fierce demons and robots will keep you engaged in this 10 hour long action packed game. The diversity in the enemies and the environment adds extra strength to the game. 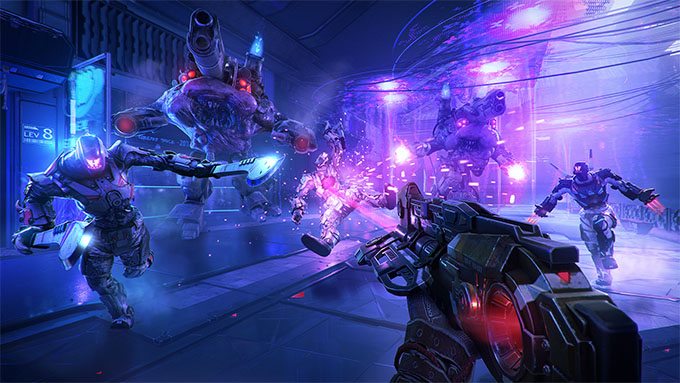 Lo Wang, the assassin is the main character in this game. His current mission is to save a girl named Kamiko who is trapped under the clutches of an insidious corporation. This mission sounds simple but the events that occur later will twist the tale and thicken the plot.

The main game play techniques of this game include swift movements and precise attacks. In combat, you need to move swiftly when taking on a variety of powerful enemies. Dodge their attacks and use the modern guns and piercing blades in your inventory to finish them off one by one. Multiple (chain) kills will earn you extra points and rewards. The narrative elements of this game will surely grab your attention. Jokes told by the characters can make you chuckle but the voices are not up to the standards of a typical action game.

As with any FPS game, exploring the world and taking on enemies is quite an enjoyable experience. Gameplay is excellent and it wipes out all the minor flaws found in the game. The next major highlight is the variety of high quality weapons provided in this game. There are 70 different types of weapons in total and they come with excellent controls, great feedback and awesome sounds. The visuals are quite spectacular and the sound quality during combat will be top class. 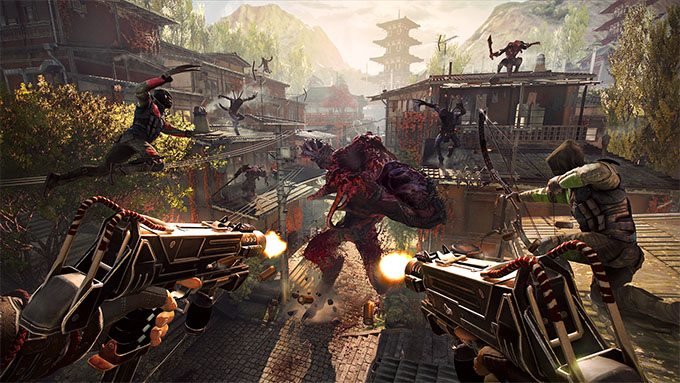 When it comes to combat, the more effort you make, the more you win. Trading weapons can keep things fresh and help you win combats. Experimenting with the high quality weapons in your inventory is a good thing to do. Frequent close range fights work well in this game and it gives an engaging experience to the users. There’s nothing more pleasing than using a katana to slice your enemies or cut them down to pieces. Using different attacks and going for chain kills will help you go further ahead in the game. As with all games, once you get used to the way of combat and learn the moves of your foe, you’ll learn the tricks of the trade. At a higher difficulty level, switching between ranged and melee combats can become quite tricky.

Enemies range from gigantic demons to the small ones. Drones are the foes that you combat in the futuristic locations. The enemies will give you no time to react and will pounce on you even if you pause for a few moments. Quick movements are necessary to dodge and attack while in battle. Enemies attacking from the long range can be shot down using a rifle. Dashing from side to side can help you dodge strong attacks that come your way.

Dashing, picking up med kits along your way and collecting the four different powers will help you stay alive in this game. There is no cooldown option in this game and it can feel as if you’re wandering about the area for a long time without much relaxation. The combats are fast paced and despite the small engines, it certainly packs a punch. 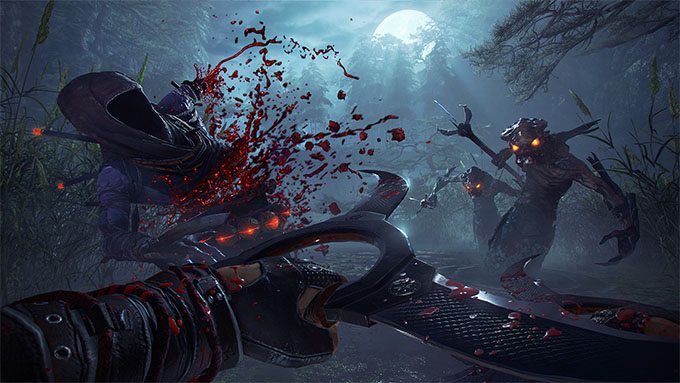 Presentation is stunning and never seems to disappoint at any stage of the game. When it comes to group play, the strong point of this game is that it supports up to 4 players and so you’re never alone during combat. In general, game play is fun when you play as a team but you can also finish the whole campaign as a single player. The world of Shadow Warrior is attractive with decent graphics and character models. Modern landscapes and locations create a positive impression when you play the game. New weapons will be unlocked as you move on with the game and reach higher levels. Upgrade for weapons and skills are also available and it can help you strengthen your character. The characters can be customized but not to a greater extent.

Although the story is decent, this is a fun online co-op game to battle it out with your friends. The loot and the various types of ranged and melee combats will urge you to come back for more and you’ll certainly be playing it again. Once you’ve finished the game, you can start again with all the upgrades and skills collected during the initial play. You can also play the side quests that you missed during the first instance. 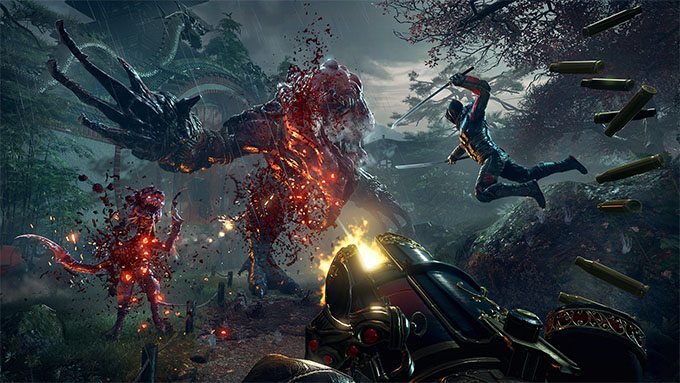 Shadow Warrior 2 seems to have all the elements required for a good action packed FPS game. The decent graphics and sounds along with the amazing collection of weapons and interesting characters add richness to the game. Not to mention the engaging combat, realistic visuals and usage of science fiction in forming the attractive locations. Although the story seems to be short, the game never fails to amaze us. Shadow Warrior 2 is slowly gaining the attention of gamers worldwide. It could well turn out to be one of the best games in recent times. We would give a rating of 8/10 for this short yet exciting game which is full of fun and action. 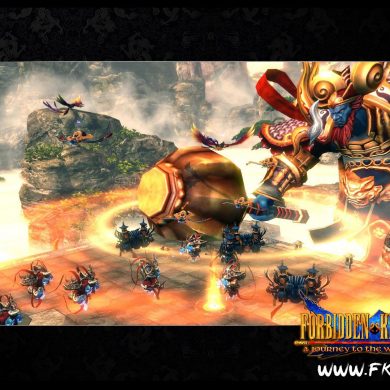