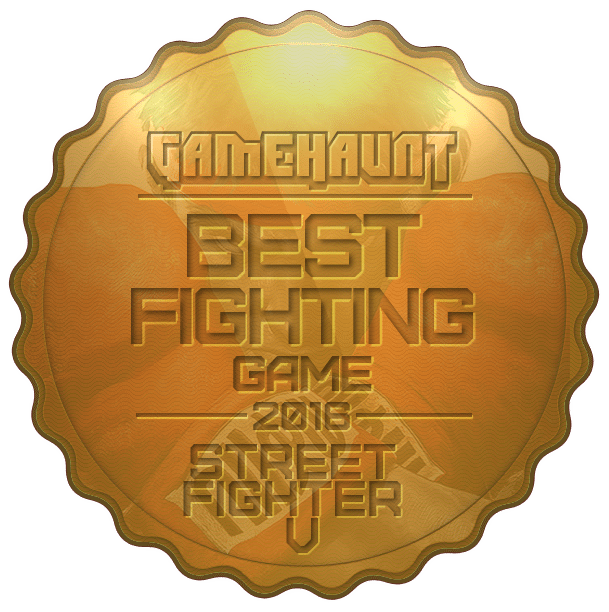 Ah, Street Fighter. Many grew with this game, and now even their children are playing them, only with better graphics. It’s almost as if they’ve grown up and have taken on this beloved, artisan family businesses.

Of course, this means that this newest game has quite a lot to live up to. And, spoiler alert: It does deliver.

First of all, just to get it out of the way: The cuts-scenes bring to mind the good old 2D Street Fighter artwork that anyone who is a fan of this game series (not to mention the cartoons) know and love. They are simple, dynamic, and hand-painted in the anime style.

As for the game itself, it should be said that this game arguably has the best graphics in the Street Fighter series. The 3D sculpting and the smooth animations are on point. The lighting effects are also beautifully done. 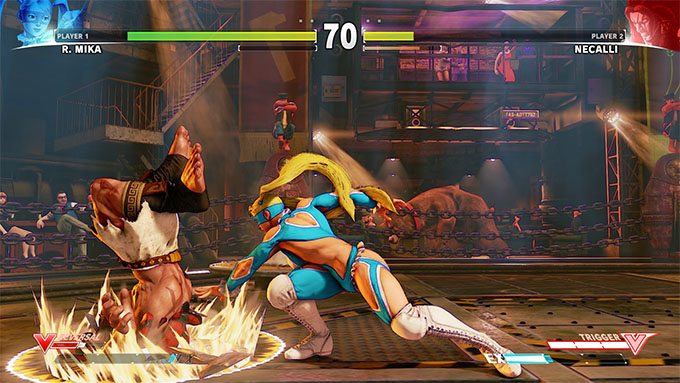 My only problem with the graphics is that I find some of the characters, for the lack of a better word, over-contoured. You know how women use contouring products to paint shadows under their cheekbones and then highlights over them to make them pop? Well, game artists often do the same to add more life to the base 3D graphics. In this game, however, they overdid it. It’s a bit like someone dusted cocoa powder between the valleys of Ryu’s abs. This is probably not a big deal for most people, and you’re likely to notice it less as you progress with the game. But, personally, I do prefer the cleaner contouring of Street Fighter IV graphics.

The backgrounds are gorgeous, though. They’re cleaner than the foreground graphics, with a rich, atmospheric look that really takes you into the scene.

Cocoa-powder contouring aside, the game’s graphics are beautiful, realistic and will not disappoint. 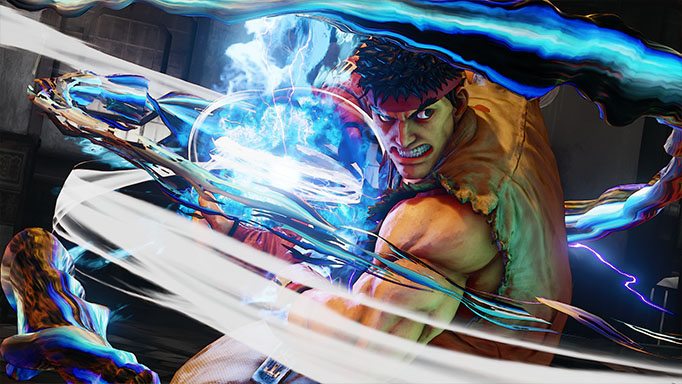 Story mode is straightforward and short. Each character has a storyline that you can fully unlock in, well, about three fights. While short, they are richer than those from the previous games.

The survival mode is pretty challenging. It features one-round all-or-nothing fights and a handicap system that gives you a hand in how difficult your journey is.

Of course, solo modes don’t matter all too much to the avid Street Fighter fan. If you’re really into the franchise, you know that versus mode is the way to go. Street Fighter V allows you to tap into the online community, battling a multitude of other players for your rank and honor. When it was first launched, though, online play wasn’t working quite so well. They seem to have fixed it now so all is good.

The overall game does require less finger gymnastics than Street Fighter IV. That is, the controls and combos are much simpler. This means that your success in the game is less dependent on whether or not you’ve memorized the sequence of that button-smashing combo. Instead, it banks on your use of timing and strategy. 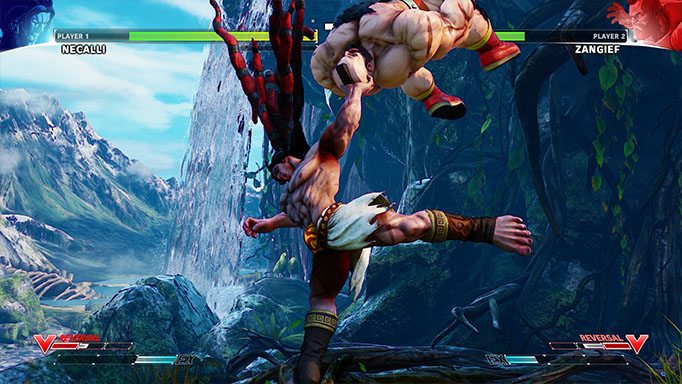 This game also integrates two features that make it a bit more exciting. You may already know that Street Fighter games of old have Ex-Meters. These meters fill up as you receive damage, eventually allowing you to perform special attacks. And then there is the V-Gauge, which fills up as you give damage. This allows you to perform slightly more passive moves such as attack deflection, counters, and increasing your attack mileage.

Street Fighter V is still fighting strictly within two-dimensions, as opposed to fighting games like Tekken where a third dimension is accessible through side-stepping. There is word that Capcom will throw in side-stepping in a future update.

In fact, Capcom promises tons more content, including additional stories and an arcade mode, in the future. This should be enough incentive to keep your eyes peeled for more developments. 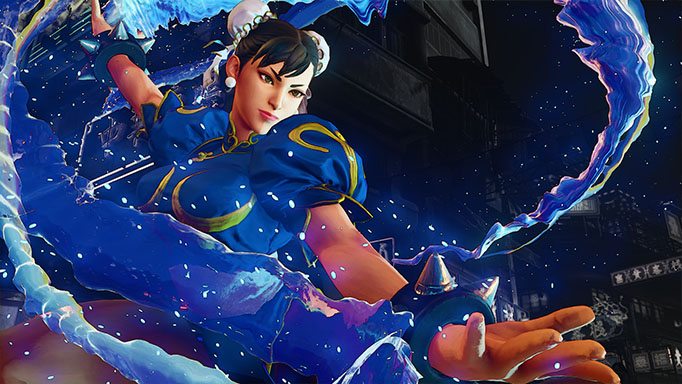 There’s not much to say about the game’s soundtrack, except that it has gorgeous, gorgeous music. From the character selection to the final boss, you just lose yourself into the mood of the music. You feel the adrenaline rush of the more upbeat, action-packed scores as well as the tension and urgency in the moodier tunes. Street Fighter V showcases videogame music at its best.

This game is more classic than innovative. It basically takes all the best elements of the previous Street Fighter games and builds up on them. While there are a few interesting additions here and there, such as the V-Gauge, there isn’t much of anything new.

However, this did not make the entire game feel dated. Banking on the best elements of what worked in the past has allowed this game to retain the things that its avid fans have loved about it for years: a solid multiplayer versus mode, strategy-based gameplay, and tons of healthy competition. 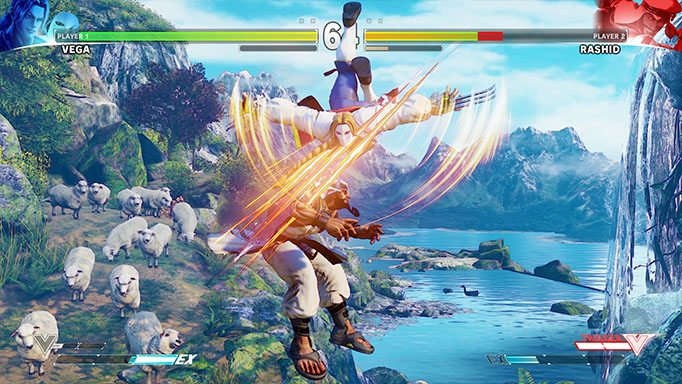 You’re probably not going to be replaying story mode for hours on end, although it’s a decent way to learn the ropes. But any Street Fighter game, as with any other fighting game for that matter, is infinitely replayable for as long as there are other players thirsting for a good match.

If the time that you get tired of it comes, well, let’s just hope that they have Street Fighter VI out by then.

In summary, Street Fighter V has everything that has made its predecessors all-time gaming classics. Of course, because of advances in technology, we’re not battling with realistic 3D graphics instead of pixel art, and bobbing our heads to a videogame concert instead of 8-bit retro game music.

It’s proof that no matter the generation, timing a perfect counterattack and landing a life-saving combo are things that will never get old.