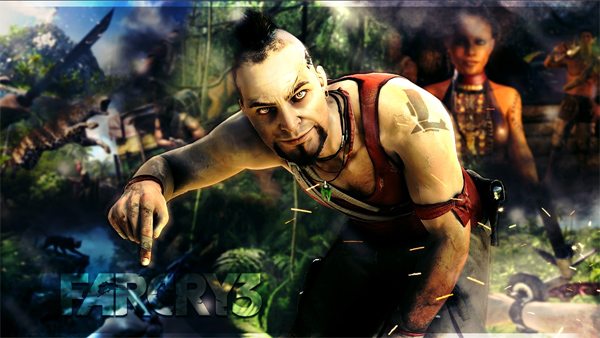 The long awaited third installment has arrived. Far Cry 3 is a first-person shooter game I have been eagerly awaiting. I started playing the game last week and played 7-8 hours/day because you can do there anything and I totally love it. Far Cry 3 is like mixed of all best part of Uncharted, Skyrim and Assassin’s Creed Series. It’s not only an open-world adventure, it’s also an RPG, a stealth game and only “newish” to me is hunting animals for crafting equipments.

In Far Cry 3, players take on role of Jason Brody, who along with his brothers and friends made a mistake of skydiving into an unfamiliar island called Rook Island. They’re kidnapped by bunch of crazy modern-day pirates, imprisoned them and are set to be ransomed and sold into slavery.

The game starts when Jason attempts to escape from imprisonment alive with his older brother Grant, but Grant is killed in the escape. Jason is rescued by a man named Dennis from the Rakyat tribes which they have a resource to find his friends. A Priestess or Rakyat leader named Citra gives Jason a task that would put him a path on becoming a warrior and to rescue his friends.

Insanity is a recurring theme in Far Cry 3 which is most notable villain, the pirate leader named Vaas Montenegro. This dude is absolutely out of his mind and feels like a serious threat every time you meet him.

Did I ever tell you the definition of insanity? –Vaas

Probably this is the most fun and well designed first-person experience I’ve ever played. I mean, it’s not about shooting bad guys though, some about shooting animals because you need make pouches, loot sacks for holding money and objects, holsters for weapons and more. At the first half of the game, you’ll spend hunting to build better equipment and learning how to make magical syringes to give you health, hunting and fighting abilities. There’s no way around to buy ammo pouches, belts and wallets from stores so you have to go out and kill animals for it. I know it’s upsetting but that’s what it takes to become a true warrior.

Anything you do adds experience that leads to expanding skill tree. The most interesting skills are the takedowns which are basically just melee skills done to any enemy who is not looking at you. Each skills represented by tribal tattoo or tatau which you can see in Jason’s arm in the entire game and upgrades different play styles. The skills are conveniently sorted into 3 animal themed categories;
The Heron: Focuses on long range and mobility
The Spider: Focuses on stealth and survival
The Shark: Focuses on first aid, and killing.
You can max out all three of these during a play through, but it will take a lot of time to do so.

You also need to do a little bit jungle alchemy. There are plants scattered around the island that can be use to make different types of syringes (for healing of course) as well as stuff to improve during combat.

Graphics: The Island itself is so amazing that when you find yourself in high altitude location, it’s hard enough to just stop and take a look at the scenery. From grass to the beautiful water and to wild life, it really is side to behold.

The island has a lot of caves to explore, small villages and tall mountains. I just finished the game but there would still be things I haven’t seen and I want to go back and check it.

Characters: Far Cry 3 is host of some of the most memorable character in the game. The voice acting performances are incredible and brought each character of life. One of my favorite is Vaas, he really stands out of particular over the top psychotic performances.

Vehicles plays a large part in Rook Island like trucks, jeeps, jet skis, boats, cars, ATVs and my favorite, hang gliders. Driving was difficult as you have no peripheral vision. But yea, still this game was fun. There are also zip lines in the hillside that lets you reach the ground faster.

New fast travel points and weapon stores by liberating enemy camps which is done by going into the camp and killing all the pirates. Camps have alarms, so if you’re detected by them, they’ll call for back-up but alarms can be disabled anyway.

There are radio towers similar to synchronization points in Assassin’s Creed series. By claiming these towers, you’re not only revealing the map of the immediate area but also make it easier to acquire merchants better and more affordable goods.

Aside from the story, Far Cry 3 features Co-Op story mode for 2-4 players. It has its own story which is 6 months prior to Jason’s adventure. The 4 playable characters are social outcast being scammed out of their money by pirates.

SPOILER ALERT: At the end of the game, player must then choose whether to execute his friends and remain with Citra or save them and leave the island. If you choose to save Jason’s friends, Jason cuts down the ropes that his friends were tied on and rescues them. Citra attempts to convince Jason to stay in the jungle and become king. Dennis arrives claiming that Citra saved him. He attempts to kill Jason but Citra moves to Jason and is stabbed. Citra tells Jason she loves him and begs him to not leave before she dies, with Jason saying he is sorry.

If the player chooses to join Citra, Jason executes his friends. Just after it, Citra stabs him, saying that their child will lead the tribe, and that he dies as the warrior he has become. Selfish, right?

Overall, Far Cry 3 is among the best first person shooter I’ve ever played and you definitely don’t want to miss the chance to get the game for only $31.99 and have  36% savings. 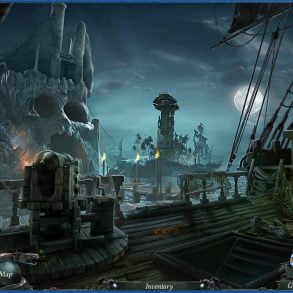