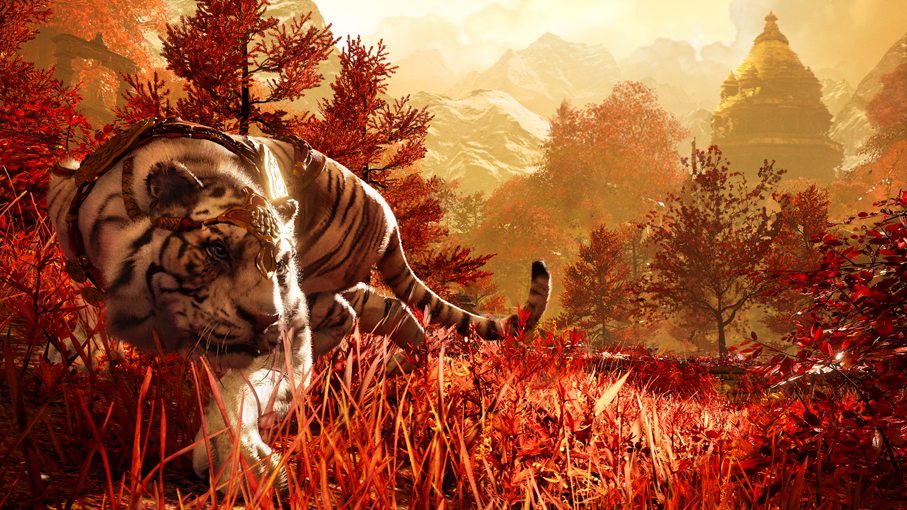 Far Cry 4 is published and developed by Ubisoft. It is a first-person shooter game and you can play it on PC, Xbox One, Xbox 360, PlayStation 4, and PlayStation 3. This is the fourth Far Cry series. I was lucky enough to have a copy and play it on PC.

When I (as Ajay Ghale) finally met the two leaders of The Golden Path, I was given the choice to pick between Sabal and Amita to be on my side. The choices that you make will have some effect on the missions you will play during the game. For example, when I choose Amita, I had a mission to gather information from the soldiers of Pagan Min. 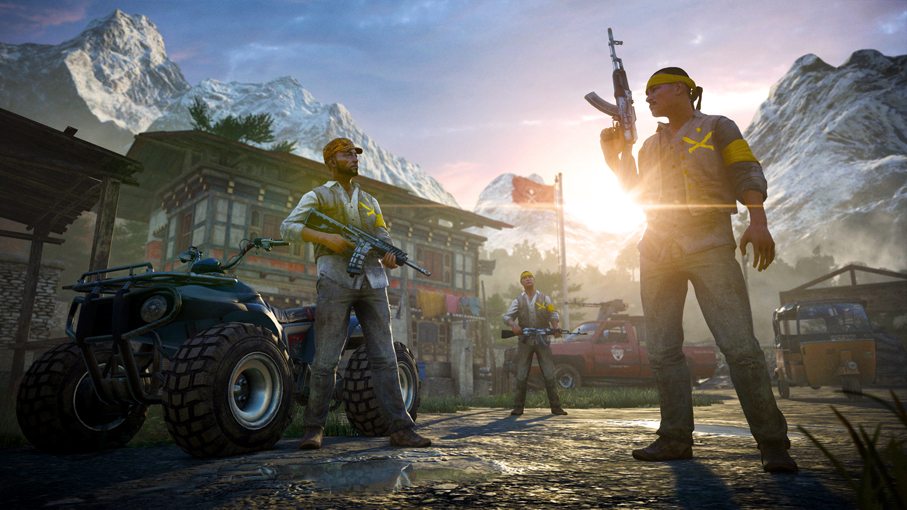 Far Cry 4 will keep you busy with hunting animals, crafting gears, and defeating enemies. Far Cry 4 has a crafting system that is similar to the previous Far Cry 3 series in which you will need to hunt and gather various skins of the animals in Kyrat to make better weapons, items, loot bags, holsters, and ammunitions.

The best thing to do when hunting an animal is to use a throwing knife or a bow and arrow. If you use these kinds of weapons to kill animals, you will get a “clean kill” reward which will give you two pelts instead of only one. Additionally, you will also get extra karma points. Whenever you kill an animal, you will get a piece of their meat and you can use it as bait to distract bigger animals in order to kill them and get their skin as well. There are many animals that are found in Kyrat such as Bengal tigers, Malayan tapirs, rhinos, bears, honey badgers, and snow leopards. One of the creatures I like the most is eagles. You will know that there are eagles in the area because you can hear them as they quickly attack you from above.

The most magnificent creatures I saw in Far Cry 4 are elephants. They are the hardest animals to kill but you can also ride them and they will help you fight the enemies if you acquire the necessary skill. There are two kinds of skills in Far Cry 4 and these are Elephant Skills and Tiger Skills. The Elephant Skills will increase your health and potency of syringes. Moreover, you will have the capability to ride an elephant. On the other hand, the Tiger Skills will enable you to enhance your attack. You can earn skill points by gathering XP in the game. Whenever you kill an animal or enemy, you will get an XP. 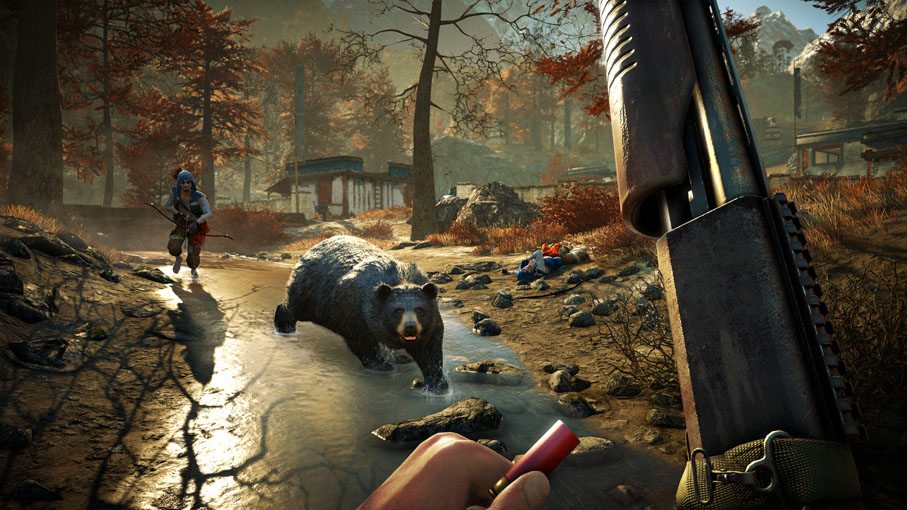 Far Cry 4 features fascinating landscapes that are similar to the ones found in Tibet and India. You will see a wonderful view of the Himalayan Mountains and explore the wildlife in Kyrat to hunt for animals. Head to the north and you will find a cold place with buildings that are made of stone. I spent some time appreciating the visual details of the game. It has its own unique history, methodologies, and customs. I really like playing the missions in Shangri La but you can only access it by gathering the pieces of a tapestry which are scattered in different places throughout the game.

The main character in Shangri La is Ajay Ghale’s ancestor and you will take on a journey to a world where demons rule the land and rivers run red. A white tiger will help you in defeating your enemies and you will have a bow that can turn back time. In Shangri La, your main goal is to defeat all the demons and release the trapped spirits within that place. The game has an extraordinary landscape. You can get inside a vehicle and explore Kyrat to see its stunning details. The animals found in Kyrat look realistic and it feels like I’m really killing a real animal.

The game will truly captivate your ears with the sounds of nature. You will hear squealing pigs in town, growling bears along dense pines, and the roar of big cats. The game also has noises that will immerse your auditory senses in the sounds of the Indian world. You will hear the sounds of bells and clunks of a travelling trade store from afar. When you start playing the game, you will begin to hear the relaxing, soothing atmospheric music. Sometimes, I would pause for a while just to enjoy listening to the sounds coming from the game. 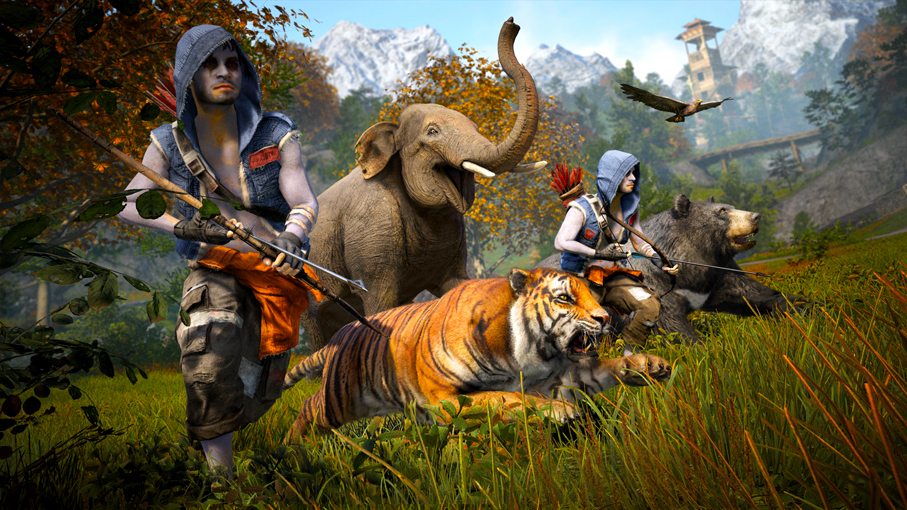 Far Cry 4 offers a new type of multiplayer mode known as Battles of Kyrat. The new multiplayer mode allows you to choose between The Golden Path and Rakshasha in which you will play as part of a team and defeat other players from the opposing team.

It’s hard to find a game that looks as realistic and as awesome as Far Cry 4. Kyrat is a wide and wonderful playground. And one of the main attractions of this game is its great storyline.