Some events make great changes in the lives of some people and they expect those events with great enthusiasm. BlizzCon is one such event. Let us explore some details about what happened in BlizzCon 2016.

BlizzCon is actually a video gaming convention that is conducted in the United States by Blizzard Entertainment. The purpose of this epic celebration is to promote the Blizzard’s major franchises like Overwatch, Heroes of the Storm, Diablo, StarCraft, and WarCraft. This convention is being held every year since 2005. This is the most favorite convention for gamers from around the world as the announcement pertaining to games, their previews, question and answer sessions are conducted at this event. In the year 2016, the 10th BlizzCon, which marked the 25th anniversary of Bizzard was conducted on the 4th and 5th of November 2016. Let us explore what happened in the event and let us also explore the announcements made to enthrall the gamers from around the world: 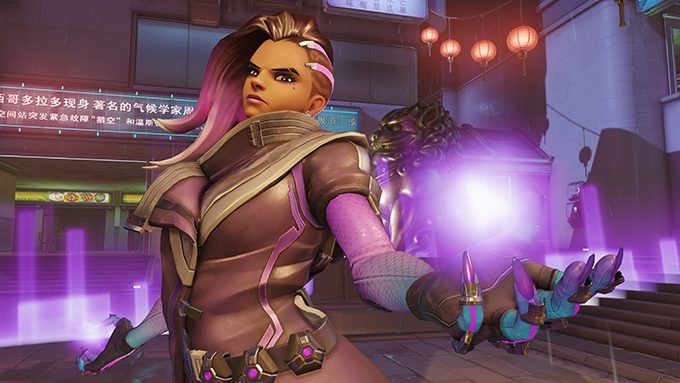 Overwatch was highly happier about introducing the highly anticipated hero – Sombra in Blizzcon 2016. We’ve been eagerly awaiting the release of most awaited Sombra by Overwatch and finally our wait came to an end at the Blizzcon 2016. Even if you have not played Overwatch earlier, you will agree that Blizzard’s is still making some of the best cinematics in the whole industry. Not just Sombra, this year Overwatch showcased Reaper, Widowmaker for attaching an enemy compound.

What is Sombra all about?

Her secrecy and enervating attacks make Sombra a powerful undercover agent. Her coping can cause disturbance to the enemy troops, while here EMP provides her a better position against many enemies at the same time. She is made a hard target for the foes because of her ability to camouflage herself.

She is highly cheeky and self-motivated, who is in the war for her desires to come true. When talking about her style of play, it is a mix of reaper and tracers. In the gameplay, she uses stealth as her crucial strength.

At BlizzCon 2016, we were able to learn about new maps arriving, the special one being the Eco Point Antarctica, while the general one is Oasis. Arena-style game modes are hosted and it is expected that the arcade will have a wide range of game modes to come in the future. Oasis is expected to hit the gaming arena in December. 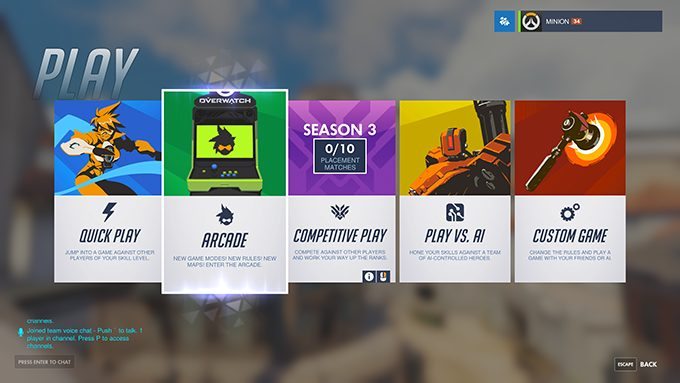 Besides the introduction of Sombra, another thing that enthralled gamers like me is the update to Diablo 3. It was announced that in the near future, Diablo 3 will get a couple of new additions. For instance, a new look to the Diablo complete with original music and downgraded visuals is a thing to notice. But, respect to the original version is never lost. This means that we can expect a lot of improvements to the original. Do you want to know about another announcement? The second is the release of character pack with an inclusion of Necromancer from Diablo 2. Even though my friends and I were not able to check out the new Diablo, we got an opportunity to play with the preview version of Necromancer.

It was announced at BlizzCon 2016 that Necromancer will be the succeeding fully-playable class introduction to Diablo 3: Reaper of souls. Can you believe that when you play it, you can make corpses explode? It was also announced that the Necromancer will be available as a part of the Rise of the Necromancer Pack that is planned to be released in the year 2017. However, to gain access to the content, you will need both Reaper of Souls and Diablo 3.

Like us, you can also look forward for a more controlled and darker gameplay in Nacromancers. It is based on pragmatic and philosophical approach of life and death. Their pets follow their command and they are the specialists of reanimation and curse.

We wish to share the great news for owners of gaming consoles. Yes, seasons are finally getting to the console version of this game. Blizzard was so far hesitant about introducing the game for consoles mainly due to the cheating tactics from modded items. But, now it is introduced with anti-cheating prevention system to prevent logging in from modded items.

Announcement of the Expansion of Mean Streets of Gadgetzan:

I and my friends were highly excited about the spoiler season announcement, which also introduced a new kind of card called the tri-class card. Through the new set of cards, we will be a part of the three crime families that dispute for controlling the city.

Among the three gangs that fight for the city, Kabal is a prominent group and their significance is the use of tri-cast cards. These cards can be played only by Warlock, the priest and the mage. 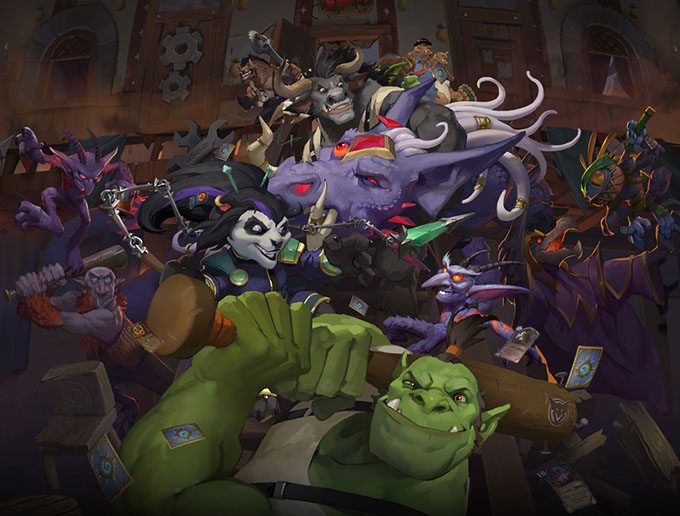 This is yet another family among the three and their significance is also the use of tri-cast cards. These cards are playable by Shaman, Rogue, and Druid.

These can be played by Paladin, Hunter, and the Warrior and this is also one among the tri-cast cards.

World of Warcraft (WoW) is already a popular name among gamers and gaming enthusiasts. The future of WOW involves a lot of green fire and this is what legion is all about. Here is what happened in BlizzCon 2016:

Many gamers of WOW earlier dreamt about flying of the legion and their dream is made real this year. Yes, the addition of a unique class mount with flying ability for each class is really great. This feature will be experienced by gamers when they get near the conclusion of the legion experience on the Broken Isles. It was confirmed that flying would be added as a part of the qualification in legion pathfinder achievement. 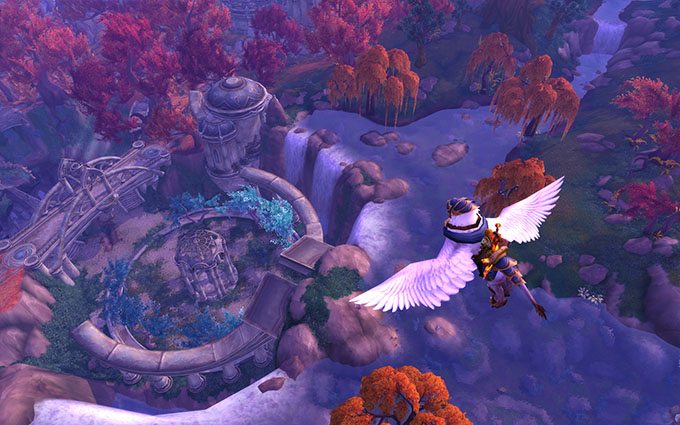 In patch 7.2, each specialization will get an additional aircraft appearance. A heroic new bear form will be an addition to the Guardian Druids. The appearance will stand as a visual pointer of your skills. Even though the aircraft were present for long since alpha, there were not sources of indications earlier.

Heroes of the Storm:

The creators were highly happier to reveal their new heroes on the Heroes of the Storm and there are the Varian and the Ragnaros. Blackheart’s Revenge is the name of the new Brawl getting introduced to the gamers this time in Heroes of the Storm. 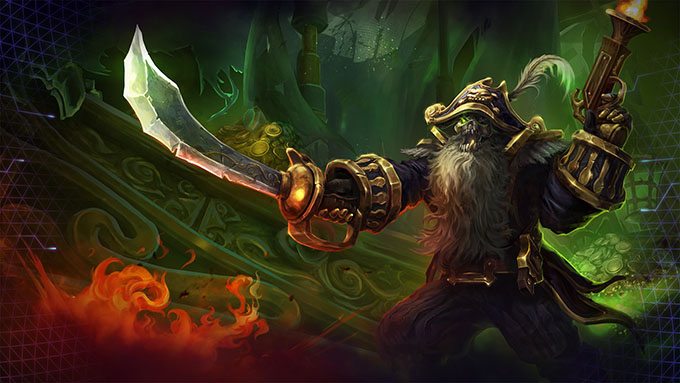 What are the abilities of Varian?

The main abilities of this High King of alliance and the first multi-class hero are the lion’s Fang, Parry, Charge and Heroic Strike. Do you want to know about his talents and they are overpower, high king’s quest, lion’s maw, shield wall, live by the sword and many such talents that are exhibited at different levels.

How about the talents and abilities of Ragnaros:

Some of the crucial abilities of Ragnaros include empower sulfuras, living meteor, blast wave, and molten core. His talent includes fire ward, sulfuras hunters, sulfuras smash, hand of ragnoros, cauterized wounds, flames of sulfuron and giant scorcher at different levels of the game.

What’s next in this game?

Haunted mines are the highly-anticipated changes, wherein the map has been provided with a new design with four new entrances.

To sum up, we truly enjoyed at the BizzCon 2016 and this was really a successful convention for many gamers and game makers alike.