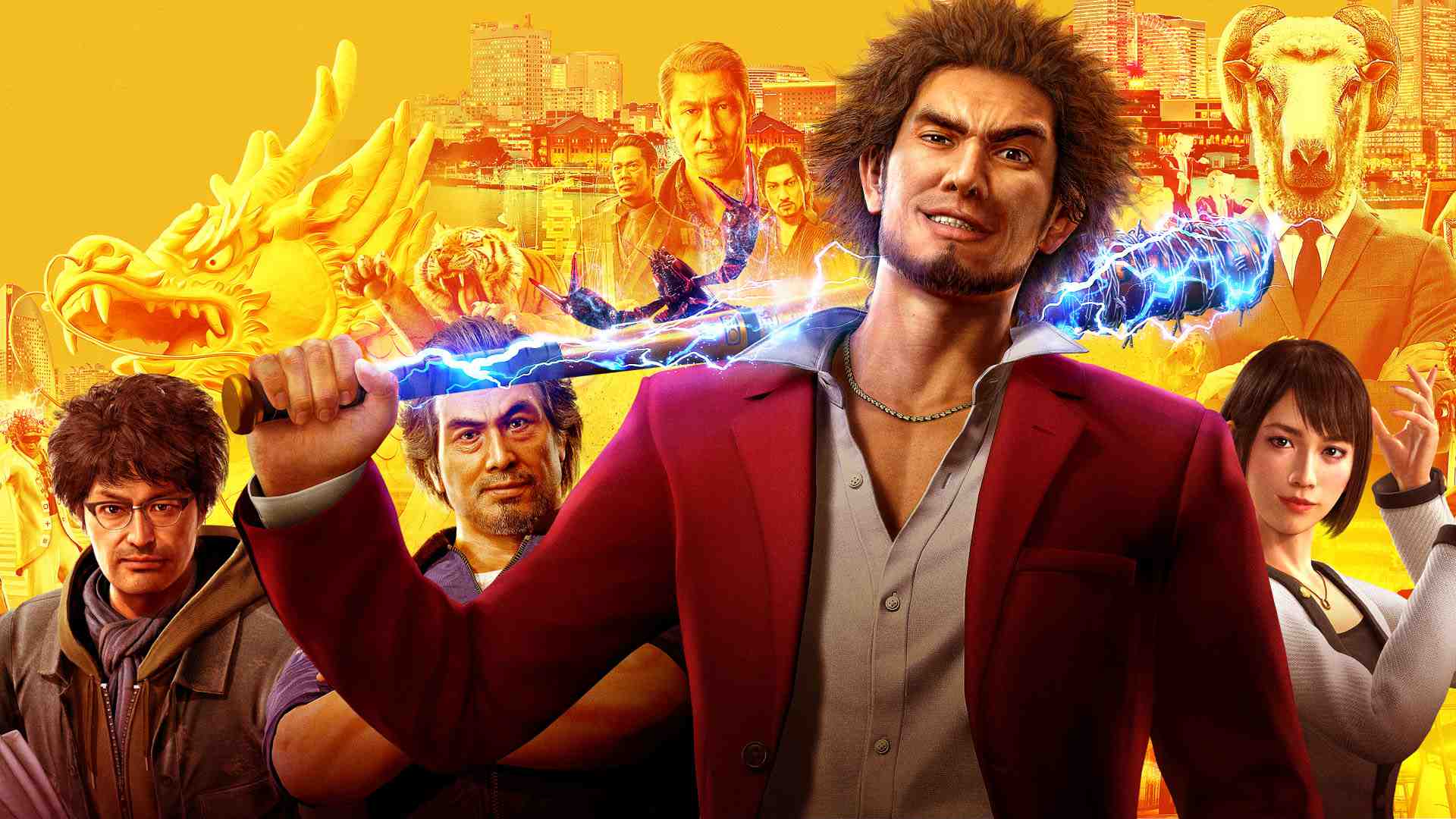 The first part of the Yakuza series was released back in 2005 on PlayStation 2. Ideologically, the game was the spiritual successor of the Shenmue: the players also explored a small but elaborated open world, completed story tasks, participated in various side-activities, which were represented by a variety of mini-games, and fought a lot. The first Yakuza laid the foundations of the franchise, a classic adventure-beat-em-up set in the criminal world of Japan, for years to come.

Throughout the six games, as well as the many spin-offs, this formula has not changed. Until now. Yakuza 6, released in the Land of the Rising Sun in 2016, and it was the final chapter in Kazuma Kiryu’s story. And in a new game, the developers decided that there was no better time to refresh the popular series, and actually reinvented the game.

Well, not exactly a reinvention, but Yakuza 7, which in the West lost the number in the title and got a subtitle Like a Dragon, significantly changes the established rules. But first things first. And we’ll start, perhaps, with the story – the element of the game that is almost unaffected by the changes.

The events of Like a Dragon revolve around Ichiban Kasuga, the new protagonist of the series. He was born in an illegal brothel, and his upbringing was handled by the owner of the entertainment establishment and the women who work there. Since childhood, Ichiban adored video games, especially Dragon Quest, and dreamed of becoming a true hero destined to do good and save the world. Unfortunately, due to certain circumstances Ichiban ended up joining the yakuza, becoming a fighter in the Arakawa family of the Tojo clan.

However, having become part of the yakuza, Ichiban did not stop dreaming of heroic deeds and tried to help people around him to the best of his abilities. Of course, in this respect Kasuga is somewhat similar to Kiryu. But if the protagonist of the first games in the series relied more on a certain code of honor, the new protagonist is primarily driven by a peculiar perception of reality, seasoned with a hypertrophied sense of justice, due to which he periodically gets into unusual and sometimes very unpleasant situations.

As for the story itself, the script in Like a Dragon follows the classic Yakuza format – it is divided into many chapters. Each chapter tells a more or less self-contained story, while all the chapters together form a coherent story.

For example, the prologue of Like a Dragon starts on the eve of 2001, when Ichiban and his partner are collecting debts. The very next day, it becomes known that one of the officers of the Arakawa family has killed another yakuza of the Tojo clan. To avoid huge problems, the head of the family asks the hero to take the blame and go to prison for 15 years. Ichiban, who actually worships his boss, instantly agrees and turns himself in to the police. This is where our protagonist’s adventures begin, which will take Kasuga through several cities, introduce him to many interesting characters and make him the real hero Ichiban has always wanted to be.

If the approach to the story in Yakuza: Like a Dragon remained almost unchanged, the gameplay in the new Yakuza is significantly different from the past games in the series. Since Ichiban is a big fan of the Dragon Quest series, his exuberant imagination transforms everything that happens into a classic and rather hardcore JRPG with a party of heroes, level ups, profession system and turn-based combat.

Since the player perceives the surrounding world in Like a Dragon through the prism of the protagonist, you should prepare for the fact that the criminal Japan gets a slight touch of fantasy. For example, bandits moving around the city during the battle can turn into incredible opponents that wield unusual weapons, cast spells and can even summon a dragon.

As a result, the new Yakuza does look a lot like the Dragon Quest series, especially the last part Dragon Quest XI, albeit with its own specifics.

For example, the battles in Like a Dragon are much more dynamic than in most JRPGs with a turn-based combat system. When the next fight starts, your party is moved to a separate screen – in fact, the player is simply restricted to the movement area, and your fighters begin the battle at the same places where they were at the time of the collision with the enemies. The heroes and enemies then take turns performing the actions available to them: attacking, defending, using abilities, using items, or calling for help. A hero can only perform one action per turn. Depending on it the characters begin to move around the field, which affects the tactics in real time. So, if you apply an area attack to an enemy who is in the center of the crowd of enemies, the damage will go to each of them. The same, for example, applies to firebreath: if several enemies are nearby, you will be able to deal damage to each of them.

Actually, most of the combat system in the new Yakuza is built around the competent use and combination of conventional and special attacks, as well as careful analysis of the situation on the battlefield. Of course, like in many JRPGs, in Like a Dragon there’s automated combat, as well as the ability to customize the behavior of the AI by selecting one of the available templates, but it still won’t allow you to “automatically” beat your enemies. The fact is that without the player’s participation it is impossible to perform defensive and reinforcing moves. So, to block the attack of the enemy, reducing some of the damage on one of your wards, you need to press “Circle” or “B” on the gamepad. And almost all special attacks have QTE – if you press the right buttons in time, you can inflict more damage. And if in fights with common opponents this is not so critical, then the battles with mini-bosses, bosses and other high-level enemies without the use of such attacks and blocks, most likely, will end up not in your favor.

And here, perhaps, the main problem of the new Yakuza, which is inherent in almost all JRPGs, pops up: level and rank gain and, as a consequence, experience grind. On the one hand we have a very interesting system of levels and ranks of professions, by improving them you unlock new abilities of your characters and improve their parameters. On the other hand – without certain skills, tied to the levels of certain professions, some of the optional “dungeons” in Like a Dragon is virtually impassable, and to defeat some of the bosses, including the story, you have to devote a couple of hours of experience farming.

All this partly affects the exploration of locations: you can immediately explore the entire available city, but be prepared to meet with groups of enemies a dozen levels above yours, which is tantamount to death.

Yakuza Like a Dragon X has a lot of mini-games, starting from carting and ending to gambling games on pachinko and new pokies online. All these mini-games make the entertainment aspect of the game rise to heavens. There is 30 (!) mini-games in total trough the game! So, you will always be able to try something new and interesting. There is always something to do, dang, you even can play online roulette games in Yakuza Like a Dragon X!

In general, the feeling of the new Yakuza is extremely positive. The developers created a great JRPG in a genre’s non-trivial setting, preserving many of the features of the series that distinguish it from the other games. Of course, there were some balance problems associated with grind, but if you have played other Japanese RPGs, then this is unlikely to be a problem for you.

Yakuza: Like a Dragon is a massive 100-hour JRPG that’s a strong contender for the title of one of the best games of 2020. A must-play for all JRPG fans. As well as those who have always wanted to join the Yakuza series, but were deterred by the presence of six numbered games in the series. Like a Dragon is a new beginning for the series. And it came out great!

Check out some play-to-earn games!