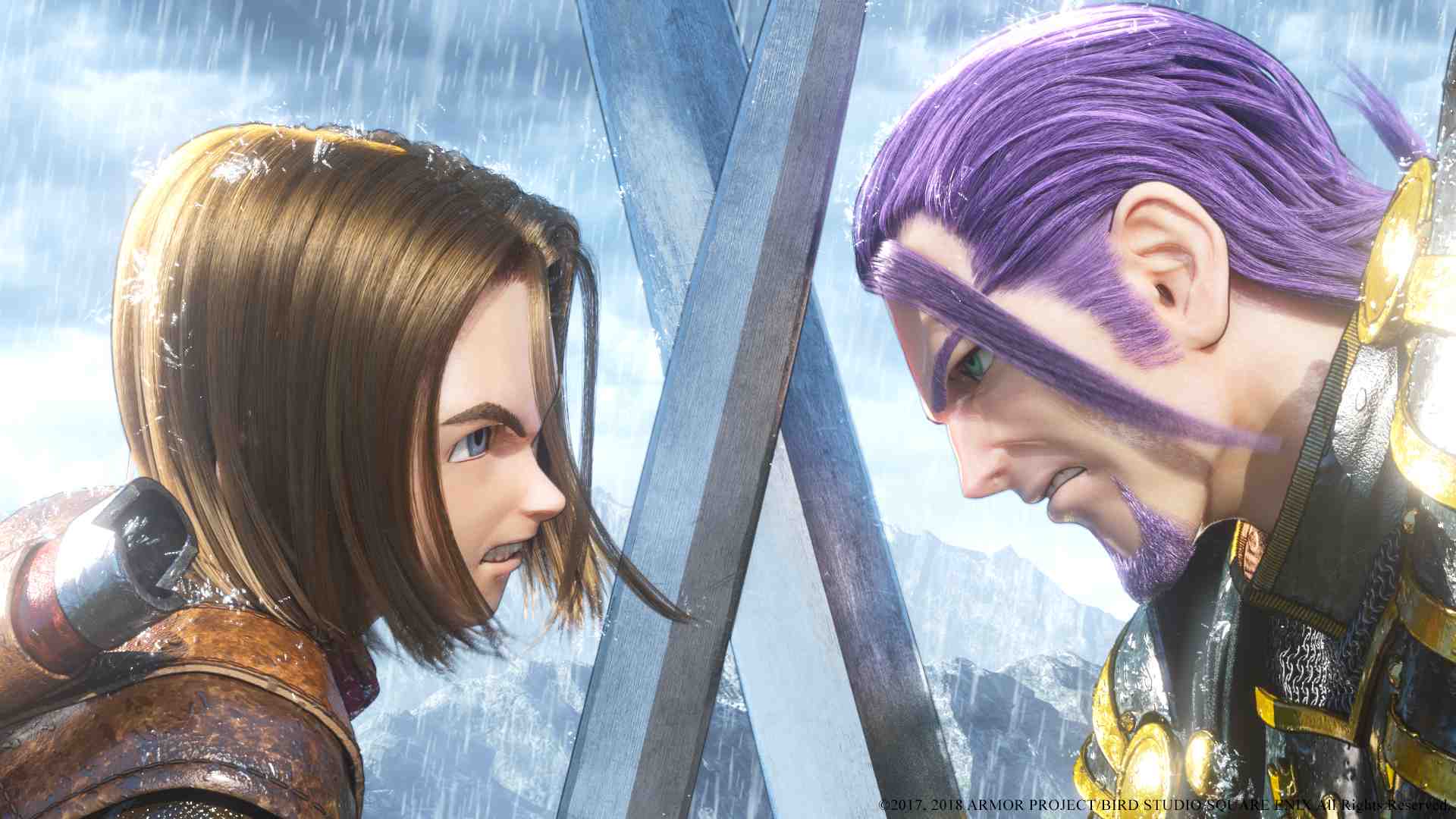 It is more than 8 years since the launch of Dragon Quest series and the latest release of the Dragon Quest XI focuses mainly on the return of the King to conquer the throne again. Japanese Role playing games (JRPGs) have changed a lot from the original version of the Dragon Quest game as we can see many gaming companies in the frame. Games have been launched taking advantage of the latest technologies and gaming concepts. And even though the Dragon Quest XI may not be a game changer with lots of new technology, it still can be considered as a great JRPG in this modern era of gaming. It comes with some new and modern concepts, but still you can feel that 90s old style and charm adoring the latest release.

Dragon Quest series of games are always story-based. The latest version of the Echoes of an Elusive Age is no different from the previous releases. In this game, you play the role of a young man growing up in a small and beautiful village of Cobblestone. Things go smooth until you find out one day that you are the legendary hero Luminary, who is destined to be born to fight the evil forces and also Lord Shadows. Hearing this you set off for the capital of Heliodor, your home town. And this is where the game really kicks off into some real actions as what awaits in the town and your subsequent long journey around the world forms the rest of the game.

The major emphasis is on the journey itself rather than the destination. Because you can see that right through the journey that you may encounter various incidents which form the crux of the game. Even the story is not new as we’ve seen many games that is based on good vs evil, it is the journey in this game that makes the game very entertaining. There are also inspirations of fairy tale related characters to add some fuel to the story and make it more interesting. You may also come in for some drastic turns, but the game is not so much gruesome.  People who are a fan of a light-hearted game may enjoy Dragon Quest XI a lot.

You may come across various towns and cities with vibrant colors and beaduring your journey and those are totally spellbinding with vibrant colors and beautiful sceneries. Most of the towns are always buzzing with life as you have a chance to meet with NPCs to talk, shop for items and also uncover many secrets that may help in your quest. Every town has a lot of items hidden in some corners. Those items can help you in upgrading your equipments. You can also find mini medals that can help you find huge prizes.

The journey is very entertaining and rewarding. Whenever you enter into a new town or a city, it gives you the feeling of what to find in this city or what favorite characters you may meet here etc. The NPCs can tell you some stories that you may never heard of and it is this fun aspect that seems to be missing in most of the JRPGS released lately. It builds the anticipation levels and makes the game more intriguing to look for new items. Most of the towns are themed based on the culture and lifestyle of real cities like Lonalulu in Hawaii or Gondolia in Italy.

Unlike the previous versions released in Dragon Quest, here you don’t witness surprise attacks or battles. It’s your choice to choose your battle as your enemies are always in the vicinity of the cities and towns. If you don’t need to fight you can always leave it and continue with the journey. It is this freedom that makes this version so interesting. You can’t find this kind of option allowing your hero to pick and choose his own battles. You have the option of summoning a horse to assist in speeding up the exploration process.  On another note, you can also use a spell (Zoom) to instantly visit any town or city.

The battles in Dragon Quest XI came up with some new spells and skills. You are also provided with a lot of options to help you prepare for the battle. There are many side quests available in the game apart from the main story. These side quests seem to be almost like mini games inside the main games. Here, you can take part in horse races and in casino games. Unlike other side quests in JRPGs, what makes Dragon Quest XI stand out among the rest is that each and every side quest comes attached with its own story which makes it more interesting to take part in those quests.

Overall the Dragon Quest XI has a lot of offer for fans of the Dragon Quest games series. The game is extremely entertaining and its journey across towns and cities is what makes it more fun and exciting. When you have a lot of JRPG that are action packed, the Dragon Quest XI is like a breeze to play with. It is quite a heart-warming experience to play a game that carries the story right till the end. The world is certainly joyful to explore. The side quests gives you enough anticipation and fun in participating and reaping the rewards. Even if you are beginner to the Dragon Quest series, you still can enjoy the game to a great extent. Dragon Quest XI is truly a benchmark game as it has proved that there is still space for traditional JRPG in the market.