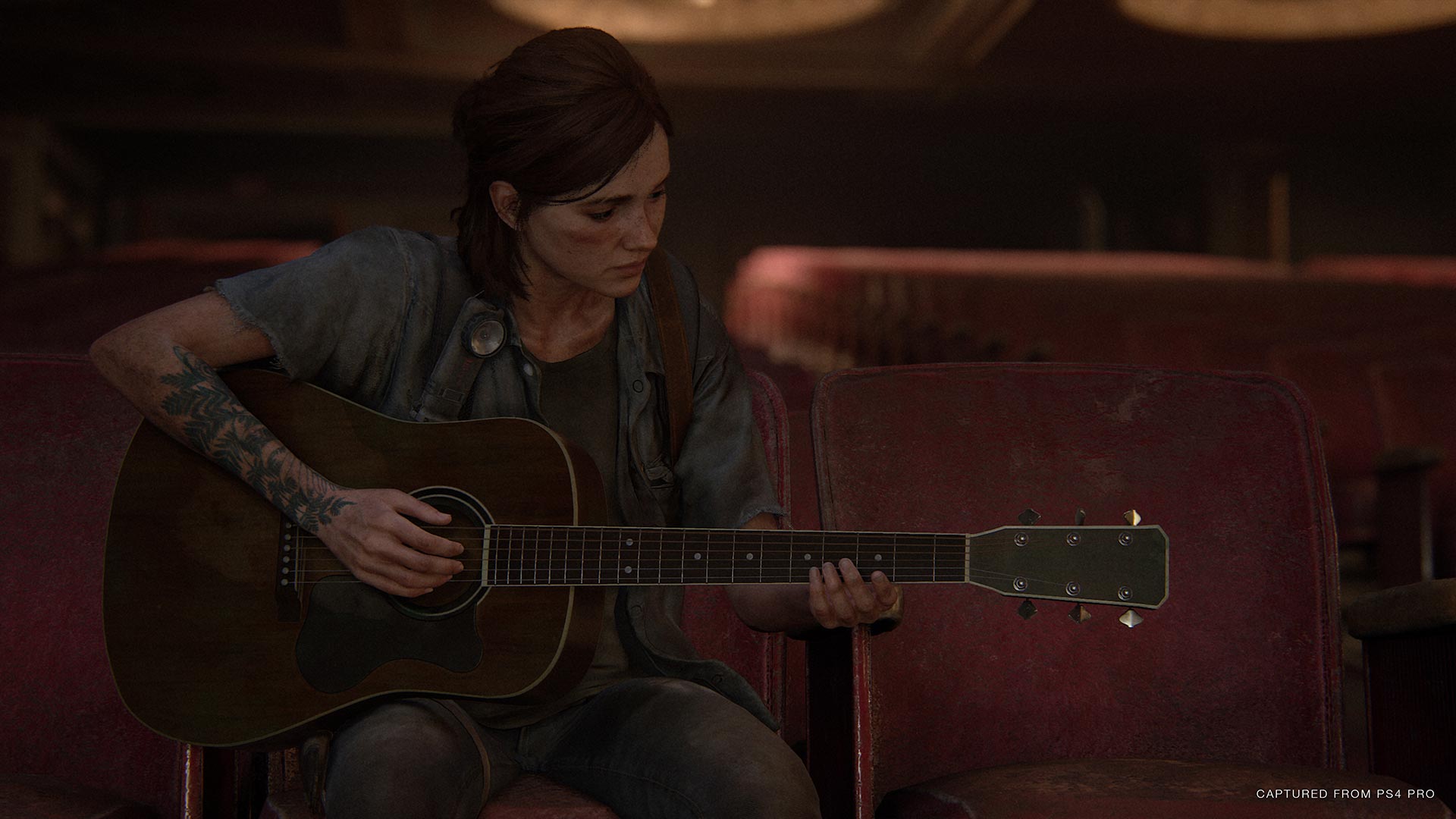 The Last of Us Part 2 – An Absolute Masterpiece

After the critically acclaimed first part, the second part of the much-anticipated game, “The Last of Us Part 2,” came up. With the action-packed gameplay, a captivating storyline, exceptional visual details, and phenomenal sounds, this game has created a buzz among game enthusiasts and remained the talk of the town after the release. So, why are the gamers going gaga over it? Today we are going to answer all your quarries and give you a complete review of the game. So, without further ado, let’s delve deeper into it!!

The Last of Us Part 2 Storyline

The storyline of the game is the most pivotal one as most of the experience is based on the story, and The Last of Us Part 2 will not disappoint you at all in the storytelling. The sequel of the game opens at the same time, where the first part has ended.

Here you can see that Joel is telling the story to his brother Tommy about what has happened in the hospital previously. Then, after some time, Joel goes to visit Ellie in her new apartment. Initially, you can see there is some tension going on between the two, but soon the coldness dissolves as Joel gifts Ellie a guitar and then plays Future Days. This the way every player starts the quest in The Last of Us Part 2.

The game continues in the devastated Seattle city, and the avatar is equipped with a map, and the player can roam around many parts of the town and, at the same time, find some new place to investigate that will help to progress in the primary mission. Also, if you want, you can play with different characters, which will increase the excitement and give you a full understanding of the narrative’s whole perspective.

The Last of Us Part 2 Gameplay

In terms of gameplay, the game will hook you with every possible tool. The whole combat level is so evolved that it feels real like you are present in the moment; every object feels punchy, which adds more gravity towards the game. You will get more tools, guns, and upgrades that you can always ask from a game. The developers have spent a sheer amount of time to create a unique atmosphere that will spellbind you in every frame.

The whole gameplay offers a much more flexible option for the players. Now you can choose between different types of gameplaying. You can go with the Survival mode or with the Crafting style or can go with Stealth mode. However, if you are more into doing everything, you can still do that by creatively playing the game to ride horses and fight the zombies.

The improvements of the Stealth are very much noticeable from the moment you start playing. Here you can crawl under the vehicle for the protection, hide behind the tall grass, climb or swing with the help of ropes. Also, there is good news for the folks who do not get excited much by the combat options. The game features five different difficulty options, and the game also has the support for people with lower hearing or vision. The game is created in the post-apocalyptic world view with a dark atmosphere and dimly lit indoor settings, giving the whole ambiance a spooky feel.

The Last of Us Part 2 Visual Detailing

The enhanced graphics of the game has remained the USP since its launch. The visual detailing of the game is remarkable. If you play the game with an HDR display, then like the rest of us, you will also be mesmerized. Every texture has magnificent detailing,along with with all the jaw-dropping landscapes. And as the game’s character spends a significant amount of time outdoors, the spectacular view will impress every player.

The more exciting part is the detailing of the characters. Every time you come across the aspects of the game, you will see a significant amount of detailing; hence, the developers’ hard work is noticeable. You will also get the option to customize the number of resources you can find or your enemy’s health.

The players can also adjust the visual as per their choice, for instance, if you want to see subtitles more clearly or want to see some essential details, you can also do that here. You can also adjust the motion sickness or the text to speech option. The player also has control over many things like how to play the guitar, or how to operate a boat, and so on. One can easily access these options from the on-screen notifications or adjust the accessibility at the beginning of the game.

Innovations of The Last of Us Part 2

The opponent figures or the enemies of the game are innovative. Washington Liberation Front (Wolves) is the primary force that Ellie encounters throughout the game. This evil figure is equipped with different types of weapons, such as large guns, baseball bats, or various other stuff. You can also find numerous types of infected in the game, and you need to learn accurate tactics to eliminate them.

The game runners are pretty straightforward, and they attack the player quickly with their bites and claws. While on the other hand, clickers are slower, and as they are blind, they can find you with the sound you made. There are some vast bloaters too, and they can spray choking spores. The more you move forward in the game, the more innovative challenges you will face.

The Last of Us Part 2 Game Sounds

A round of applause to the audio team for delivering the mesmerizing sounds that enhance the whole experience of the game!! From the voiceover of the characters, special effect sound to background music all syncs with the narrative and give the player the ultimate gaming experience. And if you are using a reliable pair of headphones, then the full spatial sound effect will take your breath away.

Final Verdict for The Last of Us Part 2

The Last of Us Part 2 is the gamers’ paradise, from fascinating gameplay, stunning graphics to an intriguing narrative the game will hook you with your gaming console, and it will make sure that you reach the end of it. The more you play, the more you will get emotionally connected with the characters of the game, and with this absolute masterpiece.

The Last of Us Part 2 – An Absolute Masterpiece
Conclusion
The more you play, the more you will get emotionally connected with the characters of the game, and with this absolute masterpiece.
Positive
Fascinating gameplay
Stunning graphics
Intriguing narrative
Negative
Comparably weaker story compared to the first game
5
GAMEHAUNT SCORE
Where to Buy
Amazon