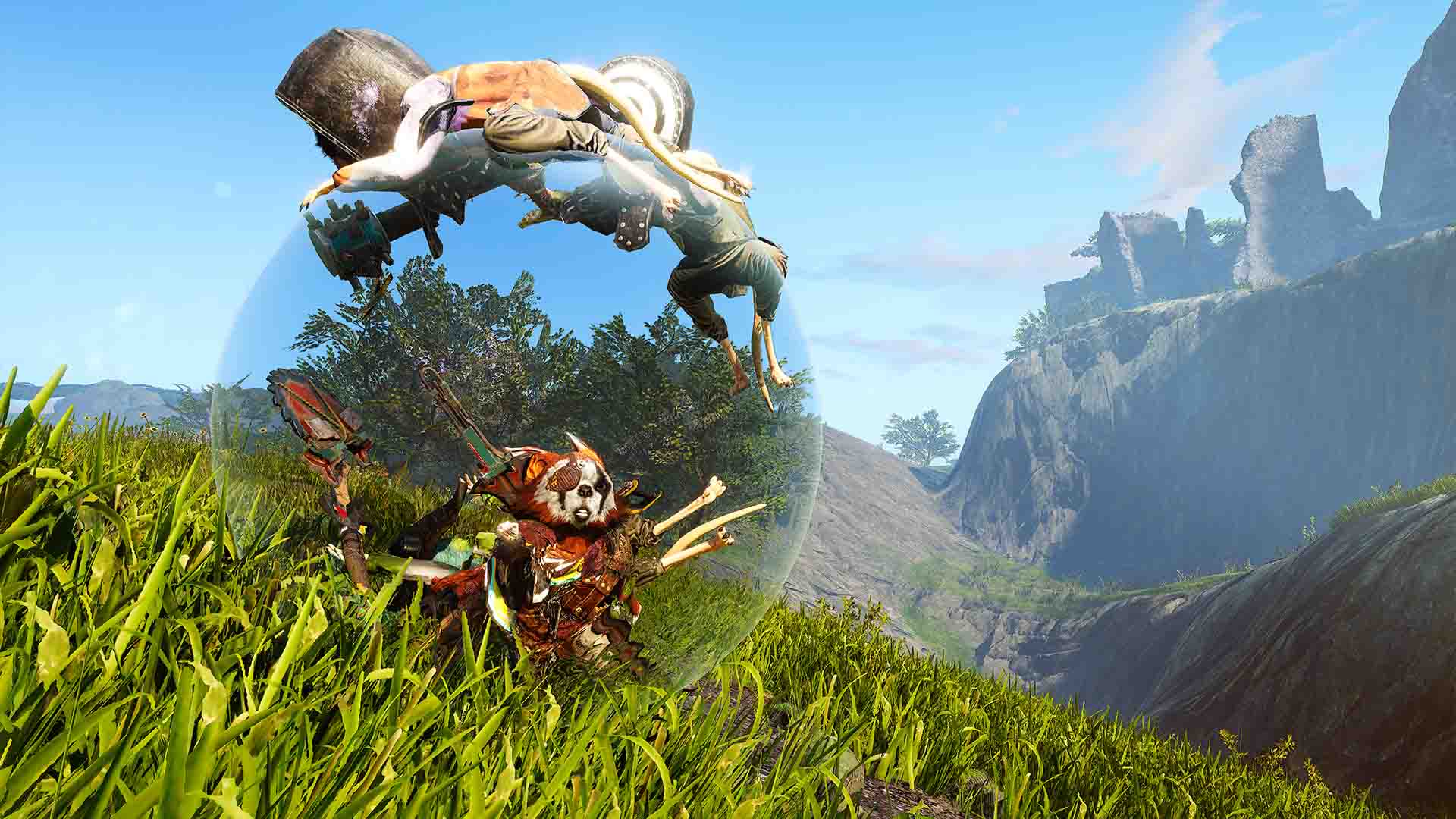 Biomutant is probably one of the strangest games in 2021. The game has several gameplay mechanics and genres mutating and crossbreeding into a unique thing. Gamers were promised robust customization options in 2017 where they would get to choose their own adventure style narrative and the game lives up to its promises. Although the promise was very ambitious, some of them may not have come together quite well. The game has a lot to offer, but there are a few rough edges that prevent it from reaching potential.

The mission in the game may somehow become dull, but the environments are gorgeous. The dense forests, devastated ruins, rivers that have been infested by pollution, and the snowy mountains are eye-catching. The world in Biomutant is a visual spectacle, to say the least. As you ride across the lands and the beautiful mount, you will enjoy the experience. There are some graphics settings that you can alter in the game menus to remove the visual effects, such as chromatic aberration and the game’s intense depth of field. Altering these settings will remove the smudgy temporal anti-aliasing that results in motion blur and film grain. To get a more naturalistic color correction, the mod adds the ACES tone mapping, which will significantly change the screen to support a high dynamic range.

Biomutant offers gamers a fun and straightforward game with fast and spectacular gameplay in lands full of secrets. However, there are a few technical errors that seem to affect its gaming experience. During gameplay, the characters can customize their characters, including the length, body shape, thickness, fur, fangs, and different other attributes, which you can tweak and will all affect the statistics of the character you are playing. If you choose a thick character, it will be slow since it is heavier, although it will be able to deal with different conditions and damages. The gamer gets new moves by leveling up the playable character, and they can also use points for strengthening their attributes band unlock new attack combinations. Biomutant also provides players with another way to learn new moves where they should interact with a specific character in every area. The weapons will determine most of the moves in the game, and you can craft them using the weapon crafting system available in the game. While playing the game, you can change your abilities, looks, and body parts, for instance, attaching robotic legs that you will use to get several advantages against some of the enemies or some locations. To get to a specific area, you must change your body parts, get equipped with the necessary gear, or obtain certain cars. This way, you will be able to overcome the challenges introduced by your surroundings, including the lack of sufficient oxygen in the Death Zone, where you can wear a gas mask. You can also explore the world in the game on foot. The dynamic weather system and cycles for the night and day affect the gameplay and the enemies’ behavior. Biomutant is certainly a mission-based game with interesting gameplay.

Biomutant has some impressive sounds when playing through the irradiated zones that need some gear tinkering. However, for small returns. If you stick in this area for a long time in armor without applying the necessary resistance, you will die. Therefore, you need to build outfits within specific biomes to progress in the game. Although these deadly and alluring areas have excellent sounds, you will only get some simple fights and some rare roots you may not even need. The irradiated, viably special zones do not have any substantial narrative revelations or excellent encounters for you to get. They are just like any other place in Biomutant, only covered in some extra visual effects to allow you to experience the danger you get when you burn alive, freeze to death, suffocate or sprout a third arm. What you will love about the sounds is how the crafted weapons give you a fantastic gamer experience due to their graphics. You also get to enjoy crafting the weapons and mix and match parts to make your own unique crush and slash weapons, revolvers, and the rifles can be modified really well to add to your combat arsenal. Some characters will even craft for you some really sound impressive stuff such as bionic wings, jump-packs and you will be allowed to modify your automation which you will absolutely love in this game as you play with the sound on.

This imaginative single-player action is about an apocalypse where small animals become martial arts masters. These mutant animals inherit the earth facing the danger of coming to an end once again but not before the creature got some knowledge on walking upright and building guns. The enemy creature designs are fantastic, boasting a deep well of combat options where the player can use customizable weapons. Although the game does really well with the creatures and weapons, the objectives are pretty repetitive, and the quests and puzzles may become monotonous. The story also seems to overstate its own substance regularly. At first, the story is very engaging, and the appearance of the hero automatically adjusts to the core stats you want to bolster before you start. Once you are fully equipped, you are deposited into the open worlds where you are expected to achieve certain goals and unite and conquer the tribes. You may also choose to save the tree of life or let it die. However, in your journey, you may be unable to conquer outpost due to the invincible walls. The world in Biomutant is awe-inspiring, with thick forests and scorching deserts, bright radioactive sceneries, and barren wastelands. The story is quite captivating.

Overall, the game is quite impressive, and the world and story are superb. The narration is also excellent, and you get to understand the game much more. However, there are a few glitches that the developers should try to upgrade because sometimes the game may get boring while playing when riding through the groundless progression. Some may say it’s the best game in 2021; it just depends on what impresses you.