Alienware is a renowned name in the gaming industry and widely known for their products based on alien themes. Alienware is a subsidiary of Dell and has launched many great gaming laptops, keyboards, mouse and other accessories that has attracted quite a lot of attention among the gaming community. Many hardcore Alienware fans love to have their own Alienware-branded gaming setup just because of the passion towards the brand. The all-new AW658 Alienware is an advanced gaming keyboard that comes with all the features that a gaming enthusiast will look for in a gaming keyboard. It also comes with some unique aesthetic touches. Now let’s take a look at whether the much hyped gaming keyboard is worth the price and what are the features it offers etc. in this review below:

The AW568 is a full-sized gaming keyboard and unlike other products that came with some weird appearance, Alienware has gone with a traditional keyboard design except for that odd triangular end pieces in the corner. By the look of it, you cannot identify it as an Alienware product and the keyboard measures at 19.7 x 6.8 inches which is almost 2 inches larger than other gaming keyboards available in the market. But the extra space has been provided for a special set of macro keys.

Another exciting feature of the AW568 is its lighting system as you can customize the lighting to a static color or to an attractive rainbow wave, but the only thing about the lighting is that it is too subtle. And unless your room is pretty much dark, you can hardly notice the lighting. And even when your room is dark, when you’re sitting in front of the computer, you can hardly notice the lighting unless you move to the side of the keyboards. It would have been a great idea if they chose to illuminate the keys, but instead they went for a more conservative approach of illuminating the bottom of the board. The keyboard also comes with a beautifully illuminated Alienware logo, but the weird thing is that you can’t turn off the illumination for the logo separately.

You can use the Alienware FX software to control the illumination on the keyboard as the software comes with options to change the lighting to a solid color or some attractive cycling effects of colors. With the dedicated macro keys, recording macros is quite simple. 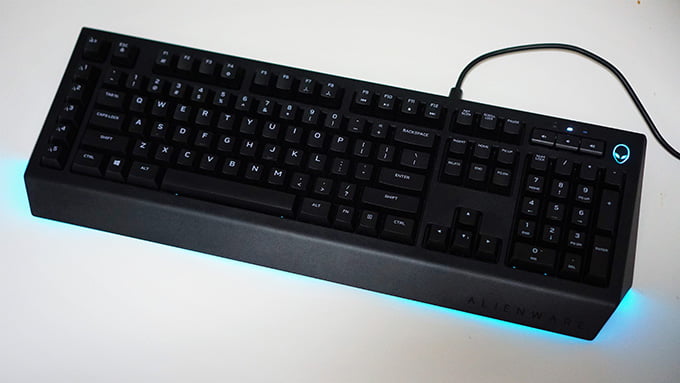 The AW568 comes with kailh brown switches and the keys seem to be quite comfortable to work on.  Typing with the AW568 is fairly decent and the only difference is in normal keyboards you go for the left shift and control keys in the left most corner of the keyboard, but with the AW568 you need to adjust as the extreme left space is dedicated for some macro keys. Overall, the keys looked good and worked pretty decently well. The noise while typing was also fairly lower when compared to other keyboards. 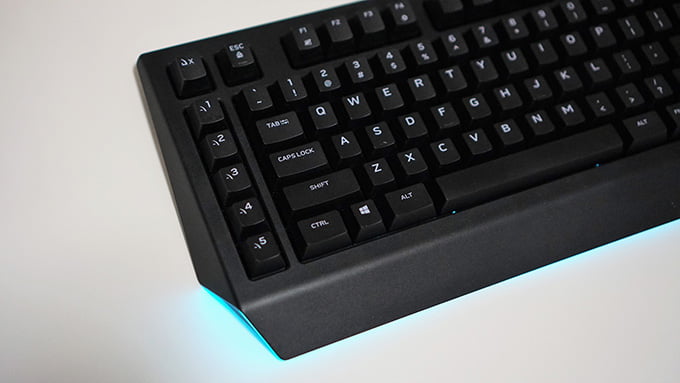 When it comes to features, AW568 is abundant with its features but there are some limitations as well. The keyboard runs based on the Alienware software and it is good when it comes to the usability of the software but it still needs some improvements. One such improvement as we said earlier is that the lighting on the logo can’t be disabled without putting out the whole illumination of the keyboard. Even though the dedicated macro keys provides easy options for recording macros, it cannot be accomplished on the fly.

The keyboard also comes with a dedicated volume control and even though you can’t find all media controls, the volume key is probably the most used option and you can find it useful a lot of times. The Game mode feature disables all the Window keys when the mode is ON. Overall, the AW568 comes with most of the features that a gamer will look for in a keyboard and only has some few glitches here and there which can be rectified in the future. 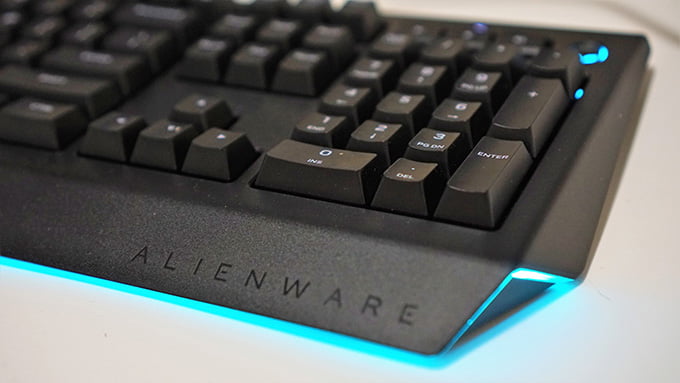 When we tested the keyboard running various types of games including shooting, strategy and story driven games, the keyboard was upto the mark and delivered in all cases. Similar to other mechanical keyboards available in the market, the AW568 also performed in all kind of gaming situation like running and shooting everyone in Overwatch or strengthening your base in Starcraft Remastered or fighting with demons in Diablo III the response from AW568 was amazing. The only glitch is the inability of the keyboard to record macros on the fly. 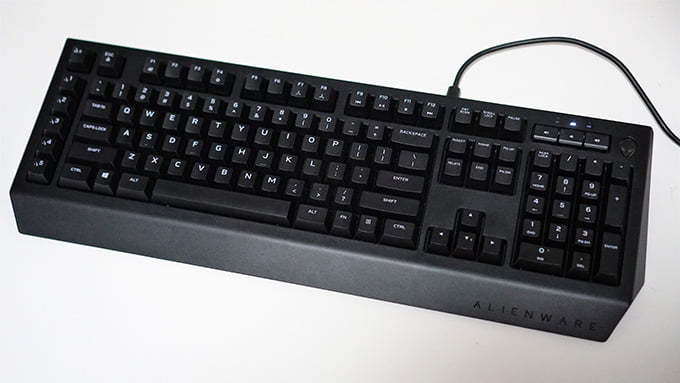 Overall, the AW568 is a solid gaming keyboard from the house of Alienware even though there are certain glitches here and there. The RGB lighting is an exciting feature with the AW568 while the market is completely filled with gaming keyboards that come with backlit features. But one thing about the RGB lighting is that it is totally visible only when your room is completely dark and when you look from sideways from the keyboard. But it creates a spending looking underglow if you are playing your games in a dark room. The keyboard performance is pretty much decent while we tested the keyboard under various gaming situations. The keys are also pretty solid and typing was also pretty decent as well. While the full-sized gaming keyboard may cost upto $170, getting a RGB illuminated gaming keyboard at such a lower price is a great deal that you cannot miss out.