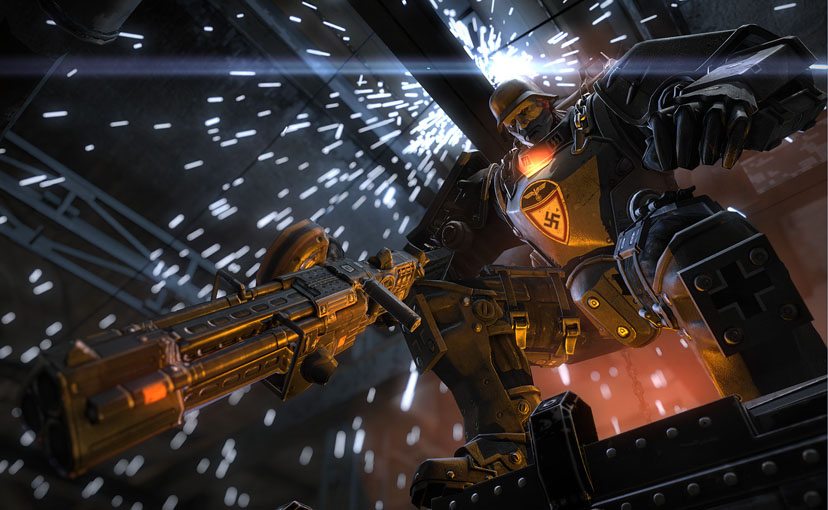 Wolfenstein The New Order: More than Just a Nazi Bloodfest

The year is 1960, and William Joseph “B.J.” Blazkowicz wakes up from a coma in a Polish mental asylum to a wasteland overrun by Nazis. Apparently, he and his team of rebels have failed to overtake the remote Nazi scientific facility responsible for creating genetically enhanced super soldiers, robotic dogs, and gargantuan mechas that helped turn the tide of the war.

The Nazi empire has conquered the entire world, and the United States had no choice but to bow down after an atomic bomb levelled down cities in 1948. Now it is up to B.J. and his team of rebels in a last ditch effort to tear down the empire built by Wilhelm Strasse, a special projects division of the SS. Strasse that is more popularly known as Deathshead. 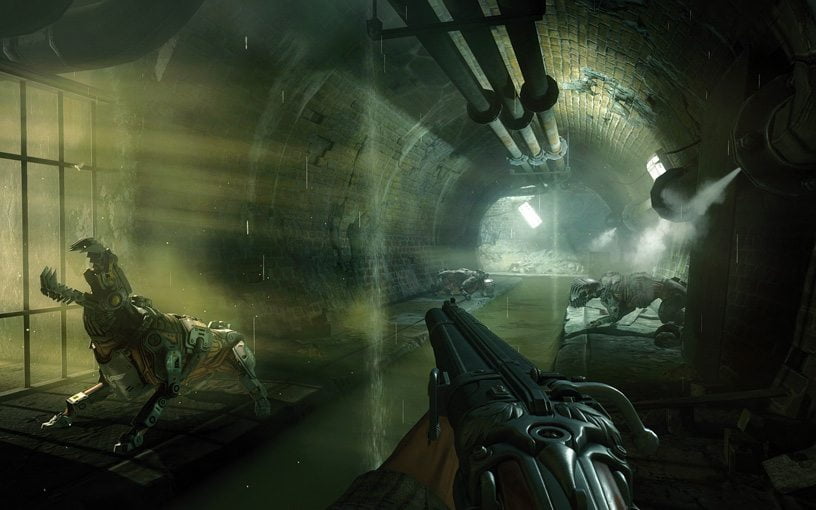 Wolfenstein The New Order is a fresh take of the franchise that features the same elements that fans love but mixes them together in another way. The fresh story is praiseworthy for its different time periods and combat missions, which are introduced between 1946 and 1960. Narration takes place to describe Berlin, London, and Croatia in war-torn Europe, where the investigation for improved Nazi weaponry and architecture takes place.

Some reviews, however, claim that Wolfenstein The New Order has a tone that is a bit confused. There are weird moments where disparate environments are mixed awkwardly with science fiction.  This is understandable since it is rather difficult to get the sweet spot between the infantile Nazi head-blasting that fans have always loved, and a more mature and meaningful execution that others prefer.

What is different with Wolfenstein The New Order is the absence of a multiplayer option, which is a far cry from the trend followed by every game hitting the modern market, where this option is a must. Some gamers actually prefer this as this gives a classic and nostalgic feel to the experience. The addition of mechas, giant machines, and menacing robotic dogs all the more enhances the thrill and complexity to the gameplay. 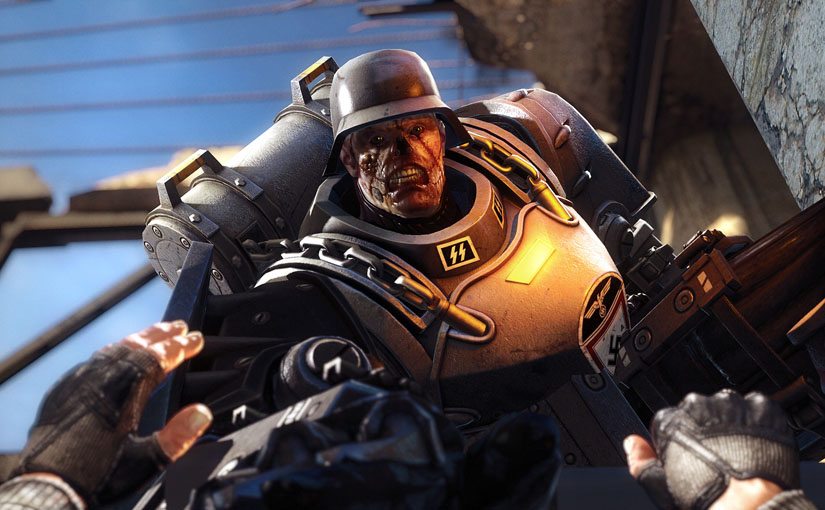 Wolfenstein The New Order has visuals that are fairly highly praised. Its use of an idTech5 engine allows rendering of environments and visuals that are moderately above average. The character design is superb, and the game display is at 1080 resolution and has a frame rate of 60 fps. The visuals are not perfect, and have their share of a few glitch moments, including an annoying aliasing effect. Backgrounds are somewhat blurry, a quality that you can rarely find in next-gen consoles. This goes to show that somehow, this game has not been prepared well for the new consoles.

Sounds are exceptional, with a featured soundtrack that would pump up any metalhead as he or she takes down one Nazi after another. There is, however, a slight problem with imbalance where environment volumes are a tad higher than the characters’ voices. 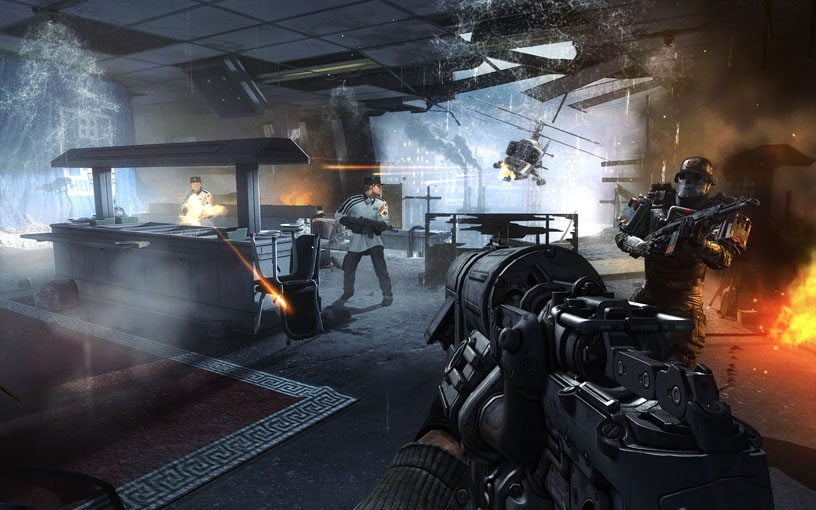 Perhaps the biggest selling point of Wolfenstein The New Order is the customizability of the gameplay. There are tons of elements and items in the environment that the player can use to his or her advantage. The character has four classes of skills, which are stealth, tactics, assault, and demolition. Each skill has seven talents that one can develop when accomplishing different tasks.

However, there are claims where these skill improvements do little to affect your character’s abilities. Your character can load up to five different weapons, each can be single or dual-wielding. These include knives, metal cutters, shotguns, pistols, rifles, grenades, and the more high-tech rail gun that you can use to effortlessly blow Nazi chunks sky-high.

Don’t take too much time to decide which to use though, as weapon selection is real time. Unlike other weapons that pause the game as you scroll through the inventory, Wolfenstein The New Order has you constantly showered with Nazi bullets if you’re not careful to take cover first. The player also has complete control with his or her gaming strategy, whether it’s to unthinkably barge your way into a Nazi facility with Rambo-like flair, or to patiently take out each soldier in a carefully planned manner.

Either way, you’re better off accomplishing missions using stealth and well-organized tactics. The simple knife is your best friend. You can creep up stealthily to take down a clueless enemy soldier, knock him down with a melee move, or throw a knife at him. Efforts are wasted when alerting a high-ranking Nazi officer, and will result in an endless dispatching of heavily armed Nazi troops. They simply just keep on coming, and your fate is sealed. 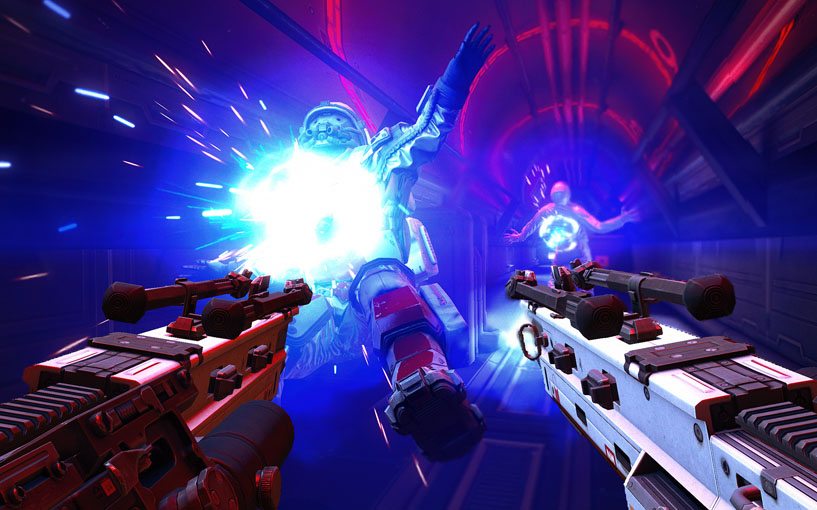 Wolfenstein The New Order is loyal to old school games, and it features difficulty options with different character faces as you scroll through them. It handles well and feels well. It has a dynamic cover system that allows the character to shoot over obstacles and the side. It also has cover mode, where players can lock B.J. onto one spot, and his firing positions can be switched with ease using the left joystick.

Health regeneration is more realistic compared to other games. Instead of constant regeneration, it stops when you fall below a certain level of health. From then on, you can only regain health when you pick up a health pack. There are also slight problems with artificial intelligence, which is not very dynamic. Enemy soldiers react slowly at times when you creep up to them, even when you are obviously within the range of their peripheral vision. 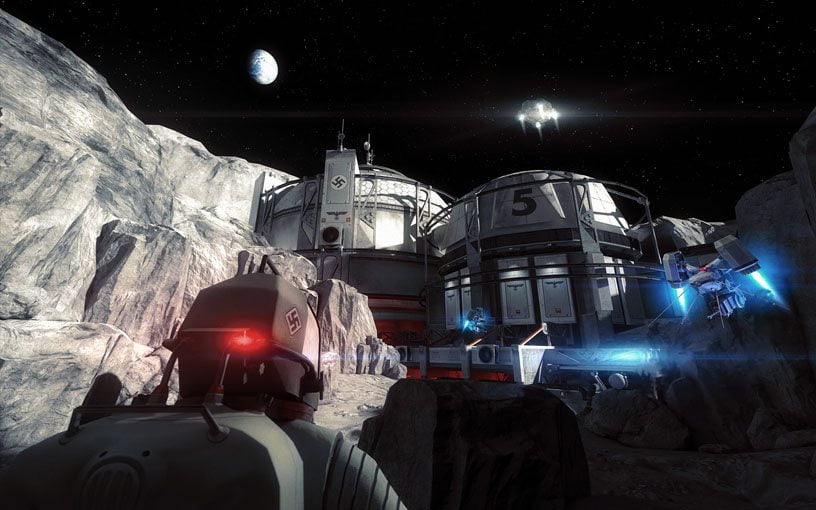 Wolfenstein The New Order is virtually similar when played across different consoles such as PlayStation 3, PlayStation 4, and PC. There are just a few technical issues when run in PS 3. There are times when some textures are not loaded in time with the rest of the environment. This is especially noticeable in tight spaces. The game also looks rougher in PS 3 than in PS 4 and the PC. Finally, there is a major issue of the game not installing properly in some PS 3 consoles. But this is mostly a problem that originates from the console hardware itself.

Wolfenstein The New Order is a top-notch game, but it’s not perfect. Despite having a few glitches, it still stands with a fresh story and meaningful cut-scenes, which all give a new twist to the beloved classic.