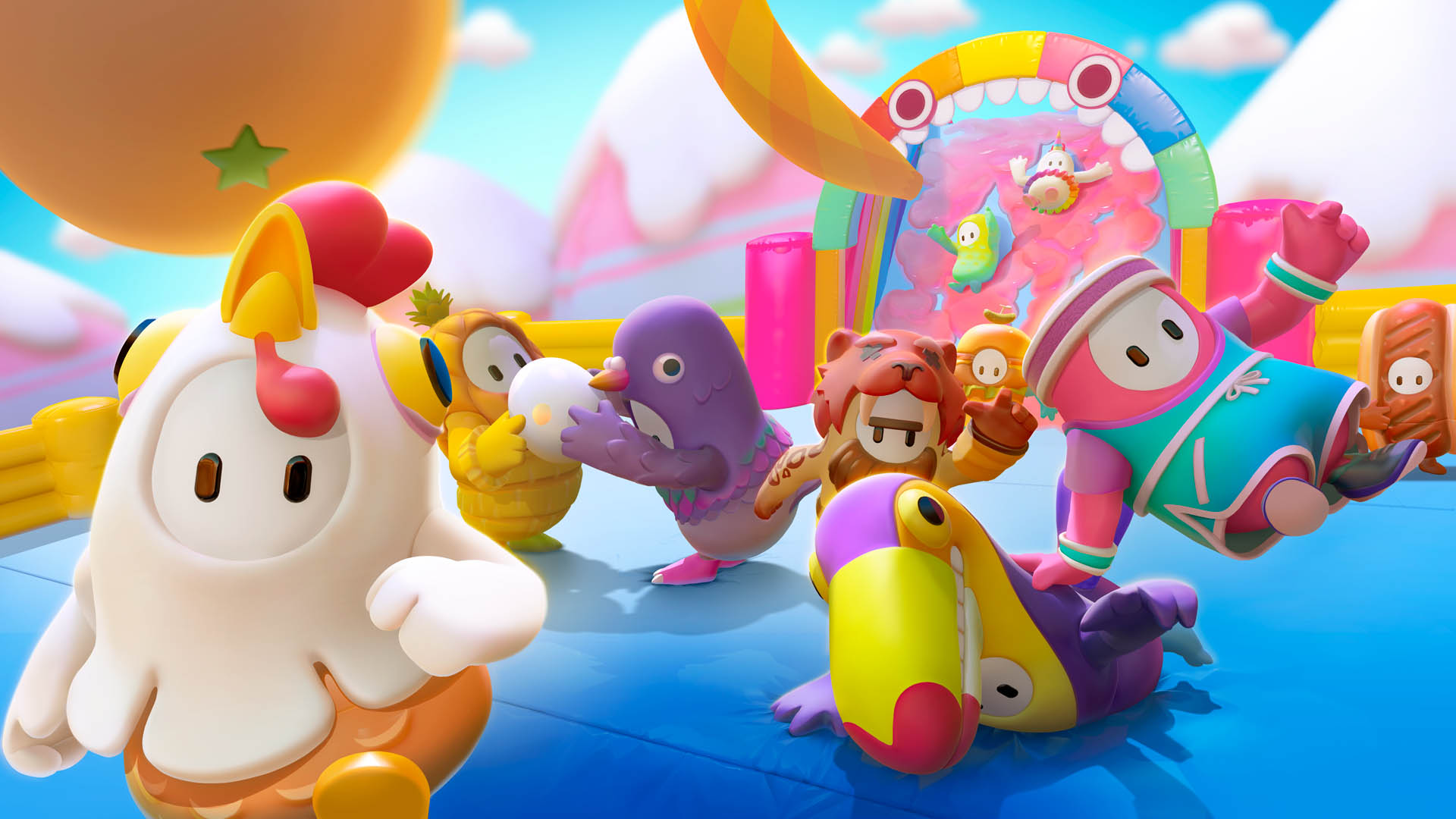 Fall Guys: Ultimate Knockout is not a hardcore battle game but is a multiplayer party game that can keep you hooked up throughout the entire game with its visual and poppy sound. It is an adorable cute game, and its simplicity ensures the party vibes. This game has gained extreme popularity.

The game flow is pretty quick but softly toned and does not require reflexes so hard and fast, like any other online shooter games. A maximum of 60 players can take part in this delightful online party game. The game comprises five broad segments, which are again having many more mini-games within it, and as the game proceeds, it keeps on eliminating the players after each round till none is left except the winner himself.

One can play this game with friends, family members and relatives and those who are not too easy with violent online games or don’t have that inbuilt professional gaming expertise.

This game’s uniqueness lies in its visual display, which is very much eye-catchy and extremely attractive. The drawing inspiration is taken from Takeshi’s Castle. The total layout of the Fall Guys game is amazingly colorful, chic, and vivid. This game is played in a three-dimensional outlay. At times, the costume design involves certain characters from other online games, which makes the game even more ornamented.

The players in the Fall Guys game are represented through cute colorful jelly bean-like sweet dwarf figures. Each mini-game consists of moves like grabbing, jumping, and diving to cross the different hurdles and obstacles that a player faces in the game. In some mini-games, a player has to hurry up to the finishing point, which is at the end of the game map, while in some other cases, certain elements based on teamwork are assigned, making the game very enjoyable and too much exciting.

While in the Fall Guys game flow, if a player seems to lose and fail to achieve certain challenges in the game, he is eliminated from the game but can have the opportunity to watch the game online till the end. On the final stage of knockout gameplay, the players are given to play some random mini-games, and of them, the one who plays the best becomes the winner. This chaotic nature of the gameplay is highly appreciated in the world market and is superbly acclaimed.

One of the most outstanding attributes that are found in this game is that the gamers who are allowed to proceed further are given golden wolf tails and are also entitled to earn Crowns and rewarded Kudos on becoming victorious.

The game has a very wide variety of stunning soundtracks and brilliant sound effects that will make you feel as if you have entered into a world of wonder and joy! The tune of the sound used in this game is so bouncy and fun that it will make you dance! It matches with all age groups irrespective of gender. Since I am a great music lover, the sounds in this game give me goosebumps and make me feel on the top of the world!

The game is designed in such a bountiful fun-loving manner that even you are a loser, you don’t feel robbed away and be in grief throughout the day and stay away from the players due to your grief. The Fall Guys game comes as a stress buster and relieves you from day to day pressure we face in our lives. The game also teaches its gamers how to tackle situations and face challenges and tactically make moves to be one of the best online gamers.

The game element is a very modern type, unlike traditional online shooter games. It is one of the most recreative modes that a person can have, and this feature makes the game stand out from the rest.

This Fall Guys Ultimate Knockout is a masterpiece of cuteness that will keep you allured with its flawless and sweet, simple nature yet abandoned with its intelligence and gracefulness. Even if by chance I do not reach the ultimate limits of the game and lose in between still, I never get upset and feel depressed rather either I queue up in the game, or else I support any gamer and watch the game in a lazy, crazy way!

As per a new report, this game will be installed in mobiles soon after its increasing demand rates. It has become a very popular game and hit the epitome of happiness among many customer bases.

So if you are a fun-loving and hilarious gamer like me who does not like bloodshed lethal brutally sharp online crisscross games, it must go for this light-hearted nonviolent game.

Fall Guys can be defined as the best as a bunch of fantastic microgames or the perfect blend of the seven beautiful colors of the rainbow. It’s indeed a harmonious charm that can help you in boosting your mood and experiencing the real adrenaline rush. From visuals to sounds and gameplay, everything is simply perfect in Fall guys.

Yes, there are several quality of life annoyances; however, this is simply a negligible downside of this game. When it comes to comparing Fall Guys with other battles, royale, or party games, then it must be said that Fall Guys is frantically way funny and enjoyable. You can enjoy the bliss of grabbing a handful of crowns, and the enthusiasm of getting more in your bag. While playing, you’re going to laugh, yell, and shout out of excitement. In a one-liner, you can not only play the game but also live it! For game worms, undoubtedly, this game is a must-play!

Fall Guys: Our One Ultimate Knockout Review
Conclusion
Fall Guys can be defined as the best as a bunch of fantastic microgames or the perfect blend of the seven beautiful colors of the rainbow.
Positive
It's simply perfect
Negative
It's too cute!
5
GAMEHAUNT SCORE
Where to Buy
Humble Bundle