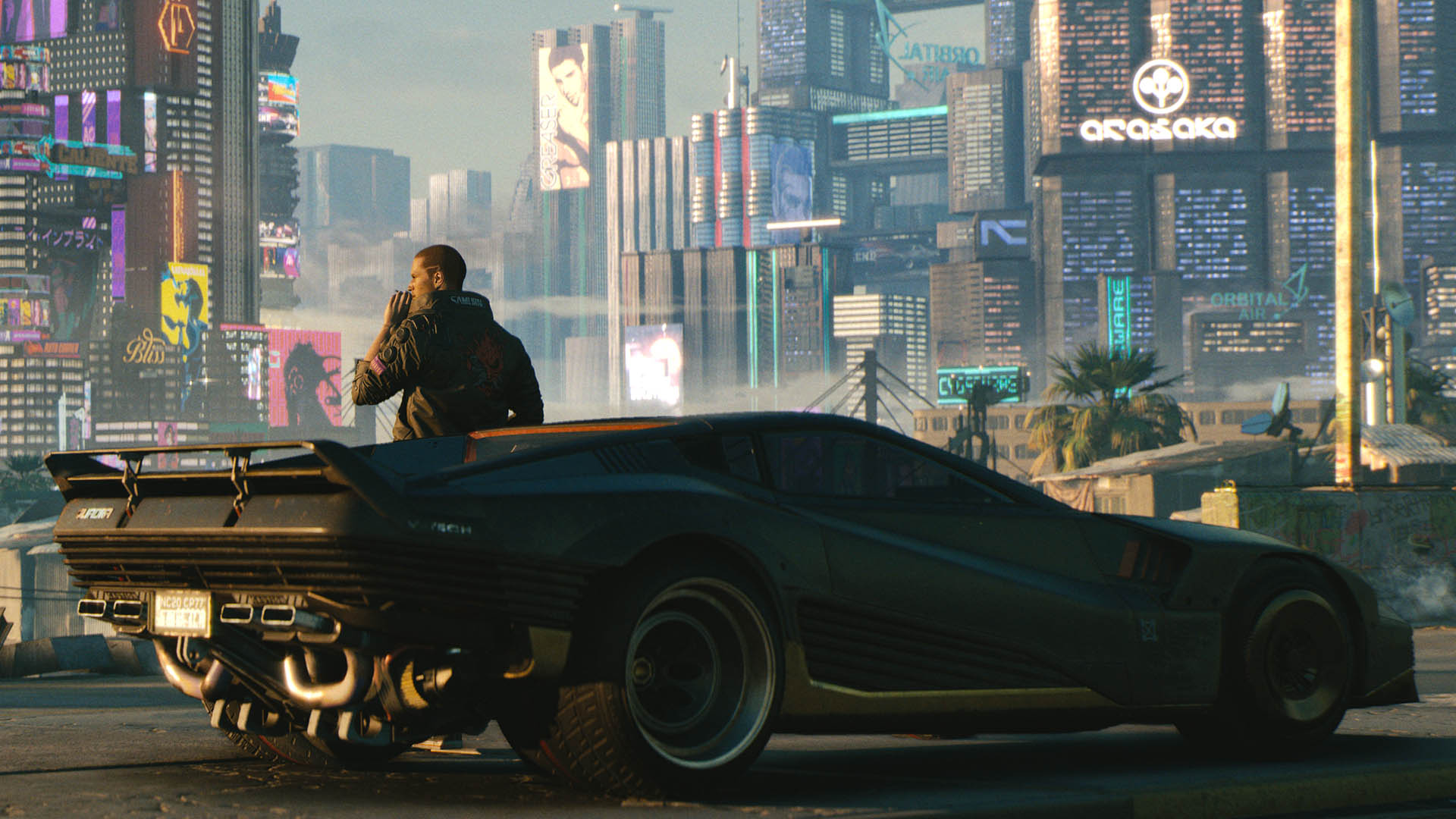 Cyberpunk 2077 gets you into a big open world of the Night City, a city that sets very high standards in relation to the visuals, complexity as well as depth. The megalopolis is fixated with control, thrill, and body modification. The game requires you to impersonate V’s character, who is a mercenary runaway chasing a kind of an implant that is crucial to immortality. The game allows you to customize V’s character cyberware, set of skills, and style of play while exploring a megacity whereby your choices impact the story and the surrounding world.

When playing Cyberpunk 2077 on the PC, the display’s visuals are somehow blurry; thus, a little bit disappointing. Nonetheless, the visuals on PlayStation 5 ran quite well. The visuals depend on the medium you are using to play the game. For people having trouble with smudgy visuals, there are a couple of adjustments one could make to improve the visuals, although this did not work on my PC.

The game has automatically enabled some settings, making the game feel more cinematic, although it makes it look somewhat blurry. You can try and disable some of the settings to improve the clarity of the game’s visuals. When using PS5, the visuals are incredible. Moreover, there are no performance options on the PS5; although most modern games allow the player to pick between getting high resolution or frame rate, I did not suffer any huge loss.

One thing that will catch the eye as the game starts is the seamlessness of how the story moves in Cyberpunk 2077. Commonly, what goes on is that the scenes that are cut and the gameplay can be distinguished in relation to the involvement of the player as well as its look. Cyberpunk 2077 blurs that line so that the gameplay can look like it is a continuous movement, just like in movies. The Non-Playable Character (NPC) in Cyberpunk 2077 is very realistic, and they participate in small and complex gestures such as rolling the eyes.

The game runs well on interaction in the open world; thus, the NPC design nature plays a pivotal role in the enhancement of the gameplay experience. In the game, players are allowed to interact with most objects and NPC, and how they decide to interact molds their gameplay. This means that every player can discover how they can complete quests in their own way as there are literally many elements they could interact with.

Cyberpunk 2077 has done many things well, although it may not have had many innovations. Its gunplay is quite okay for an RPG; however, it falls short in comparison to FPS games, and the driving seems not to hold up like other open-world titles such as GTA do.

The game is somehow buggy, and there are a lot of weird things that happen during play. Nonetheless, the bugs are not as game-breaking, but there are those that can be quite frustrating. Some of the bugs can be fixed by saving the game and reloading it. Still, the game has a lot of glitches; for instance, in some moments, V becomes bald, and a motorcycle can be seen launching a lorry in the skies only by pushing its bumper.

One of the consistent bugs that you will continuously notice throughout the game is the floating of guns, dead enemies that are suspended in the air, and this may become rather strange, especially after a horrific shootout. The developers could work on the few glitches and come up with new innovations to help with the game’s performance and make it better.

Cyberpunk is undoubtedly a great looking game, and it is also a fantastic sounding game. However, some gaming platforms such as the PC may encounter some sound bugs at some point. One of the universal issues includes a crackling sound with the audio of the game.

While playing Cyberpunk 2077, the in-game audio may start producing a popping noise like how broken microphones sound. The noise is very pronounced, and sometimes you will be forced to take out your headphones. The game produces raw sounds that may come off as a little rough and annoying. The good news is that the problem can be fixed by lowering the quality of the audio until the noise ceases. Once you fix the noise problem, the game will progress quite well without other sound glitches.

The story of Cyberpunk 2077 involves taking control of V as a player. V is a character who can be customized entirely. Most of the things from V’s character can be personalized, including the body type, voice, and backstory to the liking of the player. While playing as V, the backstory and the roots will change based on the Lifepath you choose. Regardless of the choices V makes, the lifepaths end up with it conducting business in Night City and discovering the main plot of the game-immortality.

As V goes through its everyday life, it realizes there is a chip that could grant it eternal life. V decides to steal the chip, and an accident occurs, which forces V to insert the chips in its head to protect it. With its accomplices, V fights for their lives against very many enemies, and they go through a myriad of challenges in a bid to decide who should win the chip. In the game, very few things go as planned. Every decision that V makes has impacts, and the choices it makes will mold how the universe will react to it and affect the relationships with the characters around it.

Overall, Cyberpunk 2077 is an exciting game, and the journey in Night City is exceptionally thrilling. The game is of massive ambition, and the characters in it are brilliantly written and performed. Although the game suffers from numerous bugs, it boasts a profoundly satisfying plot, a captivating world, and brilliant shooting and fight combat. Cyberpunk 2077 might have some flaws on its current state but it’s definitely something worth checking out right now.

The PC version review of Cyberpunk 2077 has been possible thanks to a cooperation with DLCompare.

Cyberpunk 2077 Review – An Irresistible World to Explore
Conclusion
The game is of massive ambition, and the characters in it are brilliantly written and performed.
Positive
Profoundly satisfying plot
Captivating world
Brilliant shooting and fight combat
Negative
Suffers from bugs
A lot of performance issues on current and next-gen consoles
4
GAMEHAUNT SCORE
Where to Buy
Humble BundleEpic Game StoreDLCompare