Microsoft has been providing the best games for the new-gen gamers. They have made quite a lot of games that are completely awesome and have stunning graphics. You will be shocked to know what the Gears of War 4 has in its box to offer you.

Gears of War 4 has been a block-bluster from Microsoft. This game has been one of the best launches of the company. Although the game has been launched very recently, but still the craziness for this game is rising high already. The features that it has to offer are awesome and can be really a game to enjoy on your console. Even if you are a PC gamer, you can still enjoy this game. The story line is just too much engaging, and you will surely enjoy it. So, gather all your gaming skills and get ready for a grueling battle. There is a war coming for you. You will have to fight for the resources and must claim back what is truthfully yours.

Gears of War 4 starts right after 25 years from the time the Gears of War 3 ended. The level of destruction hasn’t been so bad in the planet Sera, and it is time for you to take out your weapon to join the fight against the predators to claim your planet and home. With the chance of survival decreasing, humanity finds its own to thrive and survive on a planet that is not really habitable anymore. Soon the deadly guns and the powerful weapons were brought to survive against a really powerful opponent. The situation became so bad that the government started to take strict steps to bind people inside walls that will make them safe and secure. While most of the city crowd accepted the laws, but some of them stood firm against them and eventually formed their own group known as the “outsiders”. They stayed outside the walls of the cities and tried to steal anything they could as their resources to survive in the outside world.

The gameplay of the Gears of War 4 is just awesome in one word. With the high tech gadgets available throughout the game, you will just love it. Even you can buy the gear packs. These packs will contain the tools and the gadgets which you will be able to customize the weapons like the way you will need. You will have the opportunities to compete in the tournaments and contests to win more and make your weapons stronger. You will also get the chance to play multiplayer games. The game will start at a location where it is completely inhabited, and you can see ruins all over the place. Tasks will be assigned to you, and you will have to finish them within the time frame given to you. You will face different types of missions, and they will only get tougher as you will progress through the levels. There will be instructions, and you will need to follow them in order to reach the next level

You will have proper weapons to face the opponents, and you will need to use them wisely to win over your enemy. There are a lot more than what you will expect. One thing is guaranteed that you will be happy to play the game like never before. Each and every level that you face will be different and unique, and it will test your gaming skills to the limits, and you will need to bring the best out of you at the hour of need. 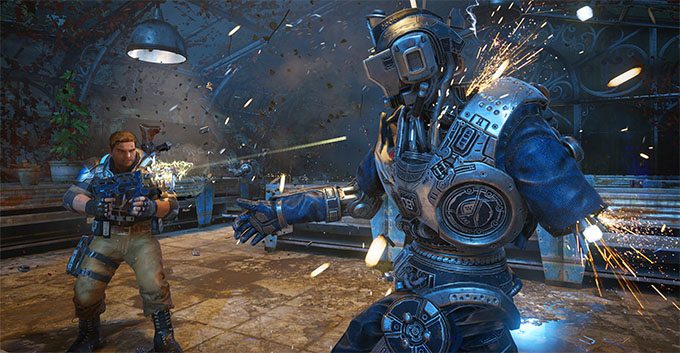 The sound! Yes, one of a kind! Ever thought how it would sound if you shift a paper? Or maybe reloading a gun or a gunshot that kills a man instantly? Well, with this game you will not only experience the superb gameplay, but you will also feel the extraordinary sounds, and it will surely put you on the battlefield for real. For the first time ever, you will experience the sound of bullets dropping of a gun, blood shedding, weapons firing and the footsteps of your opponents so clear that you will be actually able to feel them. In this game, the sound becomes a reality. Everything you do, you see, you can hear it, and that makes the game stand apart from the other games. So, get a new sound card and experience the sound of gaming like never before.

Visuals are great and one of a kind experience really. You can enjoy the 4K display on your screen, and with the 30 fps gameplay, it should be a lovely sight to watch. The visual quality has improved like never before, and you can feel the game like you are inside the game while you are playing. You can see the every bullet you fire; you can enjoy the war and its destruction like a real one. This game really has no match in terms of visual experience. If you have installed this game, you are surely in for the best gaming experience ever. 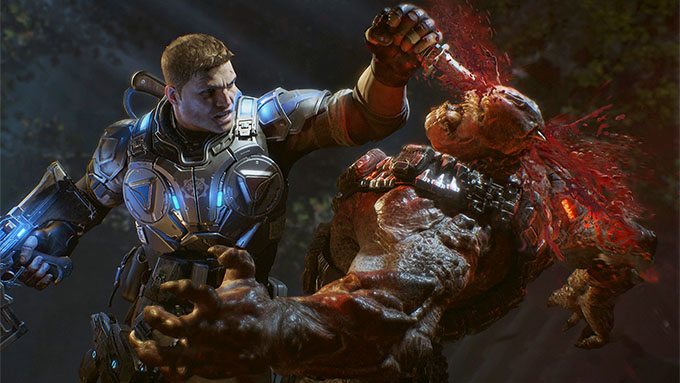 Innovation is the last word that you can use to describe this game. Really! With all the technical improvements, highly addictive gameplay and awesome sound quality and graphical experience, you can enjoy this game pretty much. In the game, you will have the opportunity to buy or use loads of new items and weapons that you may not have used in any other game. You will experience the war for real, and at the end of the day, you will have to win over your enemies to save your world. The game has many turning points, and just when you will think the game is going to end, it will turn in the other way. But you will have to keep fighting for your countrymen and win the war eventually. So, if you think you have the skills it takes to win a war, if you think you can stand the destruction of a brutal war, it’s time that you suit up and start your fight today at the battlefield of Gears of War 4.