Frankly speaking, there has never been a game which has received quite as much attention immediately after its release the same way or to an extent that Pokémon Go has managed to do so far. For instance, you can take over a gym in most areas right now and then end up having it reclaimed for another team even before you make it down the street. As a matter of fact, the game is extremely exciting, intense plus, if you are not constantly playing; you will most definitely find yourself at a real disadvantage.  This is of course unless you choose to familiarize yourself with the following guideline which will go a long way in helping make your whole experience playing worthwhile and most importantly a lot of fun.

Below is a detailed overview of some of the top tips and tricks as well as highlights of sneaky little cheats all of which serve as a guarantee to give you an upper hand when playing of course against other high level players from the rest of the world. They include:

Placing emphasis on throwing bonuses – it is very important to understand the fact that it does not matter how high your current level is, fact remains that scoring a great throw as well as taking advantage of curve ball bonuses add up real quick. For instance, in case you are already aware that you are going to sit in a lure module and then capture for a while, it is strongly advised that you activate a lucky Egg and then proceed to practice your throws. Keep in mind, the double XP is a big deal and in no time you will be getting those bonuses with nearly every throw that you make.

In the event that you find yourself unable to hit any pokemon mainly because the ball keeps on sparkling and flying off to the left or the right then know now that the only way through which you will be able to hit that pokemon would be using a curveball. This being the case, you should place the most emphasis on throwing such as it will make it much easier to proceed.

Strictly play to your type – you must have already noticed that every pokemon has a type. Just so you know each type has a natural strength, a natural weakness and as a matter of fact, there are instances in which such strengths and weaknesses completely nullify the attack and defense. The last thing which you need is heading out to a gym only to have it all end in a stalemate. On the other hand, you would not want to get crushed by something from a much lower level that yourself simply because you failed to pay close attention.

Focus on the pokemon that is projecting the gym before you choose to attack. Next look for their type and prior to attacking, make sure that you have that pokemon amongst your starting six that are meant to cause as much damage as possible to that particular type. When leaving pokemon as a team, it is strongly advised that you make sure that none of your team is leaving any of the same type to guard the gym.

Always try as much as possible and be the one to dodge first – the Gym battles in pokemon Go have been designed in such a manner that they offer three distinct moves that is the :

Taking into consideration all of the above moves, it is strongly advised that your first move in a gym battle should always be to dodge. This should always be the case even if your pokemon has a fairly high power level and is strong compared to the pokemon that you are looking forward to challenging.

Keep in mind, slower pokemon tend to take a couple of seconds to launch their initial attacks. It is for this reason why it is strongly advised that you first off focus on dodging that initial attack and then be ready for a counter attack right before the pokemon at the center of the ring is able to catch up.

Simply put, always take it upon yourself to swipe to the left and the swipe to the right immediately the fight starts as this way you stand a better chance of slaying your opponent.

Sneaky Swap Out – it is very important to understand and accept the fact that at some point and time in your career as a pokemon trainer, you are going to be standing next to a gym that you control as it all goes down. This might be because you are outnumbered and that you can maintain gym prestige, may be you may be focused on other things. Whichever the case, just remember that it does not have to be a moment of defeat.

In the event that things look as if you are going to lose a gym, just let it happen. However, it is strongly advised that you make sure that your best pokemon are healed up and you maintain focus on the map. Doing this is very important since immediately you turn from the color of your team to plain white, expect to recapture it by simply placing your freshly healed pokemon there. Take note, the gym prestige would most definitely jump and it will take at least another two battles in order for your opponents to try reclaiming the gym again. Good news is, using enough fingers; you would be able to repeat this over and over as a result, being able to frustrate your opponents to the very end.

Traveling with a Diverse crew – As a player, it is strongly advised that you do not let yourself be trapped into playing only with members of your team. This is because it is a load of crap plus it would seriously slow your leveling process. Ideally, it is recommended that you travel with at least one of each fraction. This way, you will be able to take turns setting up and also taking downs gyms even as you cycle through the process. Everything taken into consideration, you will notice that everyone would be leveling up fast and master how best to play solo. Simply put, variety and diversity is extremely important in this game.

Feel free to take advantage of the above mentioned tip tricks and cheats to enjoy playing the game especially if it is your first time. 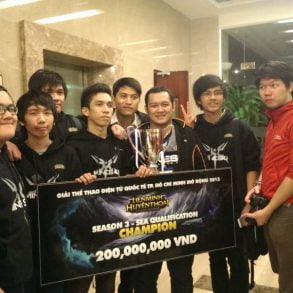