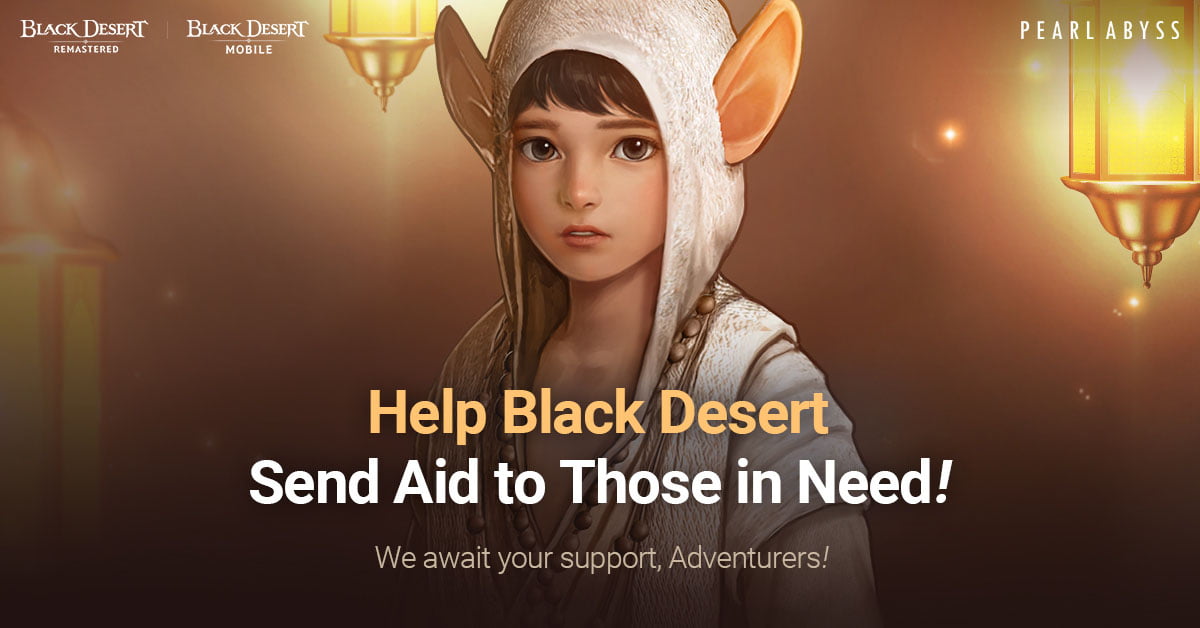 Pearl Abyss today announced that donations amounting to a total of 100 million won (approx. 84K USD) will be made through a Black Desert and Black Desert Mobile in-game event. The donation will be made to assist victims of the unprecedented wildfires in Australia and devastating earthquake in Turkey.

The donation event is running globally until February 19, which encourages both Black Desert and Black Desert Mobile users to make donations to support Australia and Turkey. During the event, users can purchase special tokens with silver to make a contribution that will go towards relief efforts. Pearl Abyss will be able to donate 100 million won when the number of tokens sold reaches 5 million in total. The donation will be delivered to local aid organizations, with 50 million won going to Australia and another 50 million won going to Turkey.

“We have prepared a love-sharing event to encourage our Adventurers from around the world in Black Desert and Black Desert Mobile to participate in the in-game donation,” Pearl Abyss’ CEO Robin Jung said. “We hope that the restoration in Australia and Turkey will be quick, and the victims can return to their daily life as soon as possible.”

Genshin Impact to Launch on PlayStation 5 on April 28

Last April, Pearl Abyss donated 100 million won through the Korea Disaster Relief Association to help victims recover from wildfires in Gangwon-do, Korea. The donation was used to support relief efforts. A donation was also made to Doctors Without Borders in December through an in-game event with the help and support of Black Desert users from around the world.