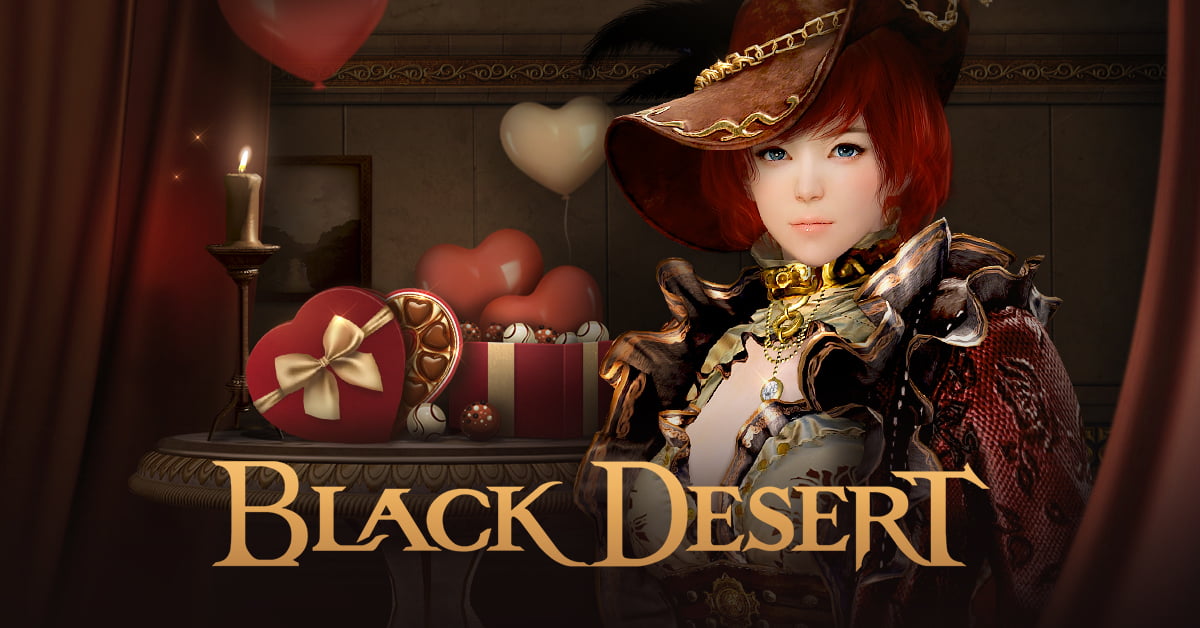 Pearl Abyss announced today that Black Desert SEA is celebrating Valentine’s Day by offering some of the most precious rewards as special treats. Adventurers can also enjoy the revamped Gyfin Rhasia Temple that now has even more powerful monsters.

The Valentine’s Day event will take place from February 10 to March 9 through a Challenge. Adventurers who play Black Desert for 60 minutes can receive a Box Full O’ Love, which can be claimed up to 10 times a day.

After February 16, Adventurers can use these reward boxes as entries to participate in a special raffle event. Participants will have the chance of winning high-level rewards such as an Epheria Carrack Box, TET (IV) Blackstar Weapon Box, TET (IV) Black Distortion Earring, and a Dream Horse Box. Those who did not win will automatically receive Sweet Chocolates, which can be exchanged for various items including a Gold Bar Box and Advice of Valks.

The Gyfin Rhasia Temple has also been revamped in Black Desert SEA. The underground level of this temple is now a solo monster zone where the monsters have grown significantly stronger. The updated temple is highly recommended for veteran Adventurers with 300 Optimal AP or higher.

Surrounded by Ancient Weapons, the Tower of Transfusion will be the center of the fights. Adventurers will need to use their best strategy and tactics to defeat monsters such as the petrified Ancient Weapons that hold certain emotions. Defeating them will give Adventurers buffs, which will give additional damage to monsters of the same emotion. Watch the overview video here.

For more information about Black Desert SEA, visit the official website at sea.playblackdesert.com.