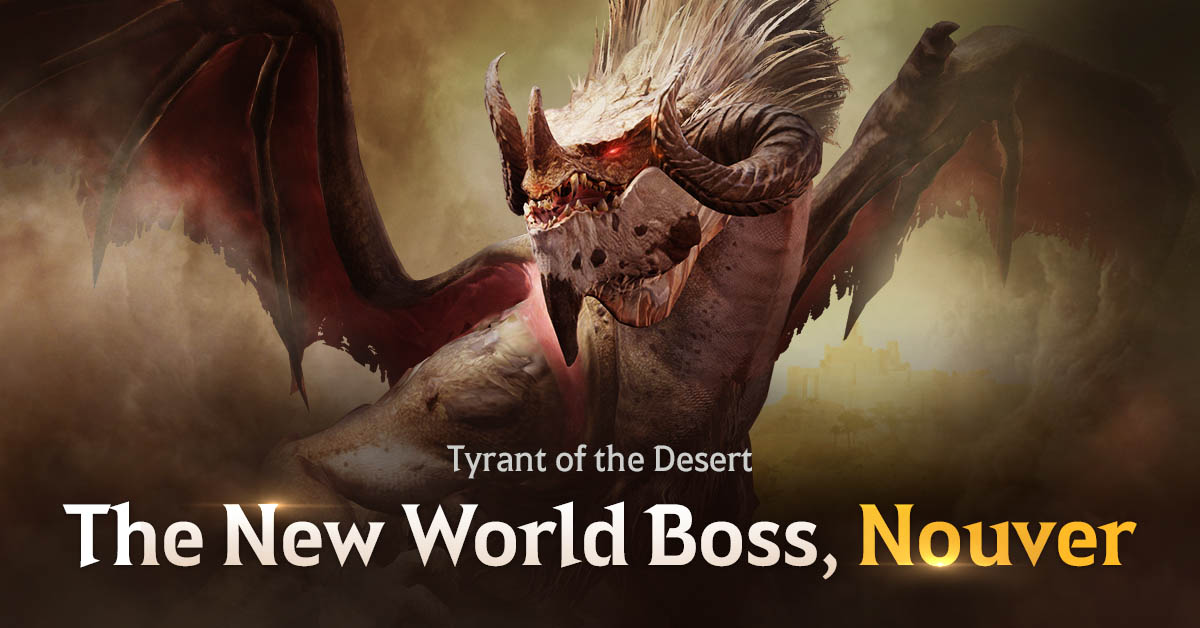 Nouver is a World Boss that embodies the fury of the desert. Only Adventurers that are level 55 or above will be able to battle this terrifying dragon. Those who wish to challenge Nouver are recommended to prepare for a gruelling fight and to plan on how to dodge Nouver’s powerful attacks in advance.

Adventurers that defeat Nouver will be given the chance to acquire Sub-Weapons up to Abyssal grade. Grand Black Stones will also be dropped at a higher rate than other World Bosses. Abyssal Sub-Weapons are undoubtedly one of the best offensive weapons found in the world of Black Desert Mobile. These powerful weapons will maximize Adventurers’ AP and DP and help them gain greater fame and glory.

Furthermore, the Ascension update will take place next week, which will enable Adventurers to further enhance their classes. In the meantime, various pre-update events are running this week where special rewards will be given for defeating set numbers of monsters and completing quests.

Find more information about Black Desert Mobile on the official website at http://www.world.blackdesertm.com.