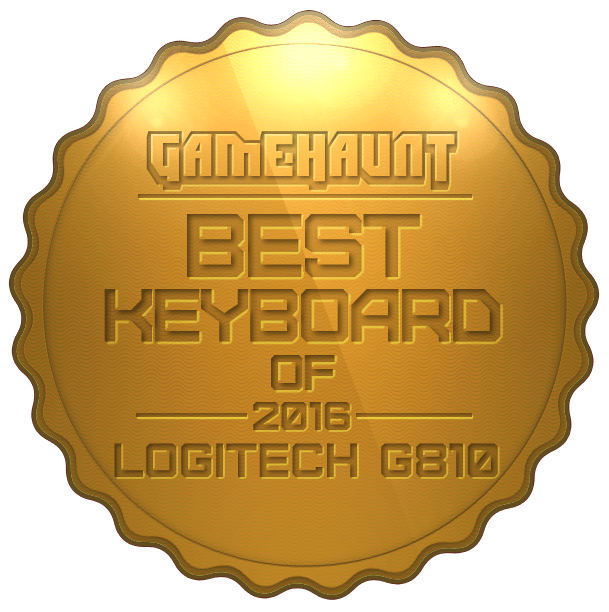 Many of our PC users these days are at a majority, gamers, which have a much higher demand for quality products than the ordinary PC user. One of the many key components that a true gamer need is a fast reliable high spec keyboard that is capable of handling very fast keystrokes without wear, as well as excellent response time, both of which are accomplished by the Logitech G810 Orion Spectrum.

The G810 Orion Spectrum keyboard uses a special type of actuator called the “Romer G Mechanical Switch”, an actuator or mechanical switch specifically engineered to improve the overall actuating time, resulting to very fast response speeds reaching five milliseconds, a tremendous improvement considering that the usual actuation speeds are anywhere between six point three to nine milliseconds, meaning that it has currently beaten the best keyboard available for sale in the market. 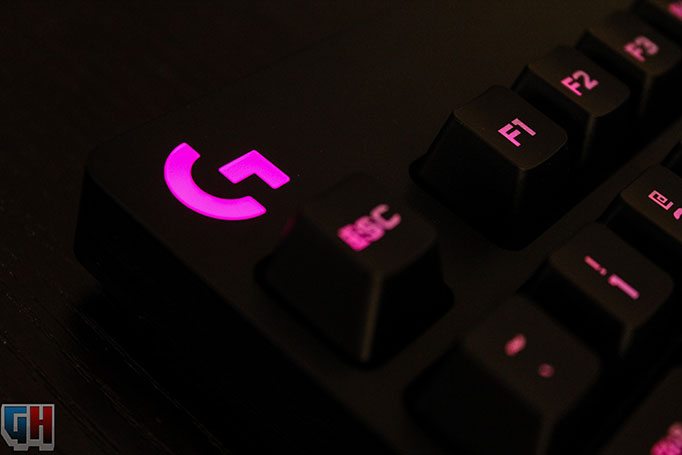 Another helpful feature is that it has two detectors in the Romer G mechanical switches, allowing a more accurate and consistent response time to taps made. Its overall performance is really great to both gamers and normal users with minimalistic problems in its usage feel.

One of the problems we encountered, however, is that it is really sensitive and a bit less springy than the usual keyboards, making minor inconveniences at first, but still proving helpful to those hardcore gamers that really need every millisecond they can get, making it more ideal to those requiring instantaneous responses in a not too flashy manner.

It is still however capable of everyday usage and tasks, as its durability is unquestionable as per their reputation for sturdy heavy-duty quality material and durable dual-braided cables that are also equally lightweight. Its lack in a palm rest also makes it lighter than other gaming keyboards available in the market. 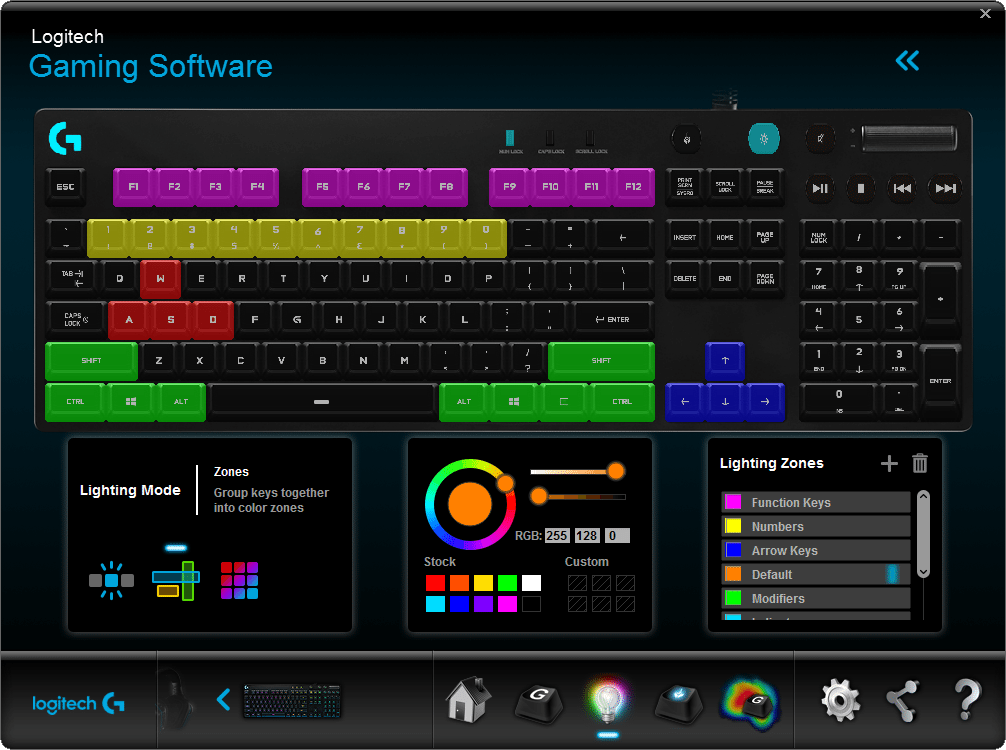 It is without a doubt fitting to a wide selection of clienteles, extending its possible marketing audience from strict gamers to even light casual users and professional business men, with it blending in to its strictly uniform environment if ever used in an office. Though it may not suit others that cannot adapt fast enough to its extremely sensitive soft touch keys and lack in “springy-ness”, it will certainly give the dedicated gamers every ounce of speed advantage that they can get.

Also considering its customization capabilities, such as pre-game profile creations, it will be an enormous help to the user no matter how they prefer to use it, may they be playing fast paced first person shooting games such as CS: Go, or even performance and graphics heavy games such as battlefield or fallout four. The list of its uses can never be compromised and is sure to bring out the inner gamer in each of its users. 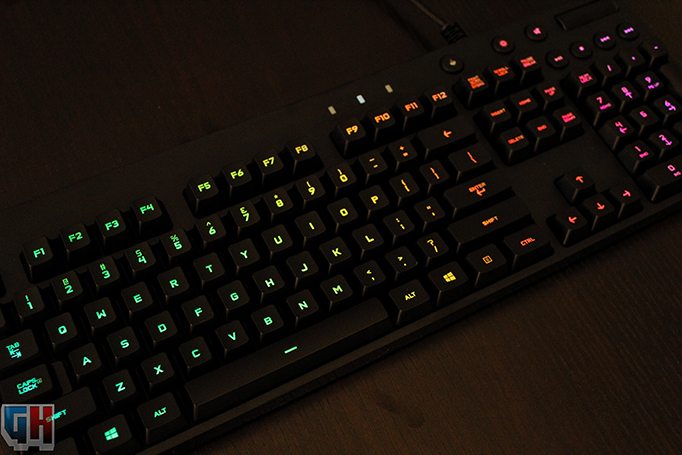 It has a rather elegant design with minimalistic components, deviating from the ordinarily bulky gaming keyboard filled with tons of specialized buttons, making it very big and often confusing to the non-gaming users. It also features an “RGB” backlighting system to help the buttons stand out.

Its buttons almost touch the very border, with its overall look being not too flashy, which is a nice change for gamers focusing more on performance rather than the aesthetics. Its components are jam-packed in a rather convenient size, making it a convenience in small spaces that are not suited for bulky-space consuming keyboards that are ordinarily found in the market.

Now what’s also interesting with these actuators is that the RGB light is mainly focused in a small hole in the middle, resulting to less light spillage and a much more emphasized bright lighting to the sign in the keys. It even has a tiny lens for amplification, which is great since it provides stronger lighting and emphasis than normal keyboards in the same category.

Its overall design doesn’t really scream “Hard Core Gaming, On!” with all its extra components, macro keys, and bulky frame extensions, rather, it gives it a “David” (David and Goliath) kind of feel with its conservative aesthetic but behemoth performance capabilities.

It contains rather common buttons without so much change to the regular keyboard, though it boasts some key features such as the media dedicated buttons located at the far upper right corner, making it less of a disturbance when playing games. This feature allows even the common users to enjoy this keyboard, allowing them to quickly play, pause, or even rewind what they are watching.

It even features a large scroll button for easy manipulation of the computer’s volume, making it useful to those multi-tasking without the luxury of pressing special keys that are in use just to adjust said volume.

As per the topic of special keys, the G810 Orion Spectrum retains its capability for users to assign special command in the function keys with its peripheral programs. The program also provides the user tons of customizable features such as key grouping for specific games, and even to the coloring control of its RGB backlights.

You can choose from a variety of patterns of colors and is pretty neat since you can customize or group certain keys used to certain colors, and even make it light up after pressing. The amount of things you can do with its lighting is almost endless, a key feature to its ideal overall impact. 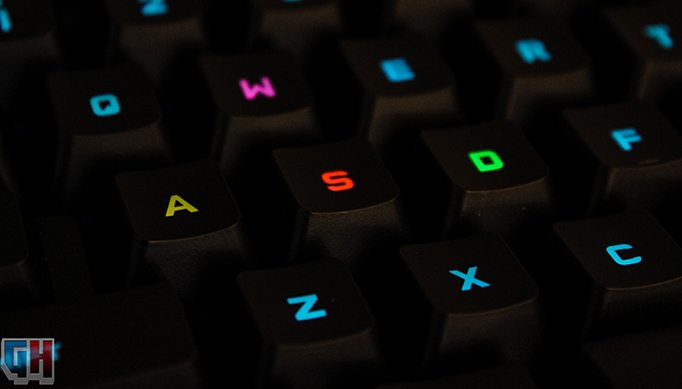 The G810 keyboard also allows you to tilt it, with two special foot-stops located at the back, one tilting it at a four degree angle, and the other at an eight degree angle, giving you full control for your typing convenience. It does not, however, have a palm rest, which is a minor setback compared to the ergonomically superior G910 keyboard, with more complicated features in its build.

Of course the primary goal of the G810 is to provide gaming level superiority in typing while still appearing decent enough to be found at a grown-ups desktop, making it ideal for the once young gamers with a little more professional and simplistic taste.

Overall, we would say that it would be suitable to just about anything, what with all of its fast actuating Romer G mechanical switches with dual sensors, intelligent full spectrum RGB illumination, amplified and concentrated at the center special lenses, and a powerful Logitech Gaming software compatibility. It truly is a speed demon hidden in a simplistic design specifically made for those preferring elegance over a flashy ambiance.