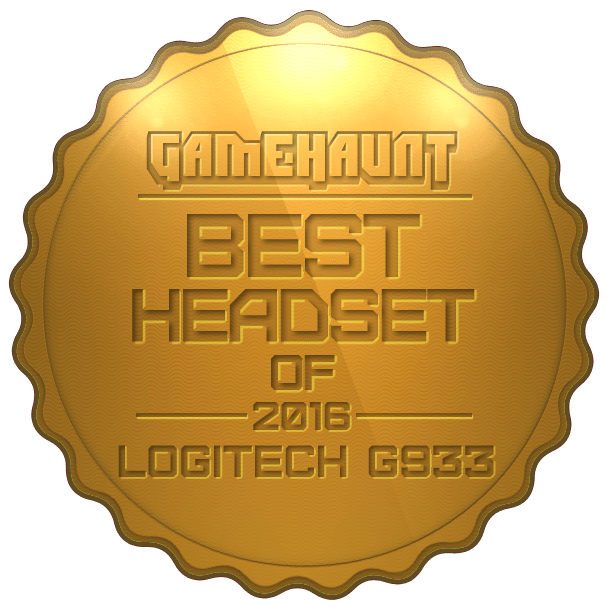 One cannot deny the essentiality of sound when it comes to gaming, or anything in our world for that matter. It is crucial that we receive high quality audio since its impact on us is of importance, from the serene sounds of Mother Nature, to the realistic shocks of guns firing, the sound you hear can mean all the difference when it comes to computer games, all of which are superbly achieved by the all new Logitech G933 Artemis Spectrum headset.

This upgrade from Logitech’s gaming headset lineup, boasts an improved pro g driver and redesigned chip, plus all its predecessor’s problems such as wlan interference, static disruptions, and many more are all gone. Say good bye to the old version and say hello to a whole new level of sound quality with its finally improved and adjusted sound equalizer, eliminating all the external noises you were previously experiencing. 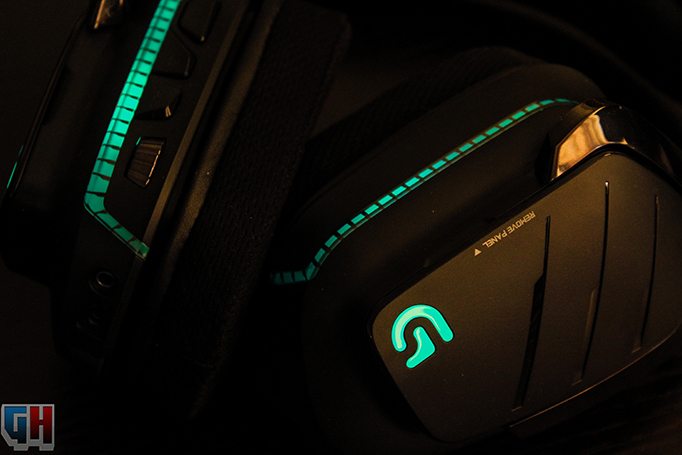 The G933 Artemis Spectrum’s 7.1 surround sound was even tested for Overwatch’s Dolby Atmos technology, with the test reaching the verdict of perfection. Such recognition under high standard testing only further proves the headset’s superior audio technology, despite the high stress impendance given to it.

No complaints on our part with its overall audio performance as it superbly exceeds all of our expectations, we can even spend hours streaming videos and playing games without any further delay. What can be a problem though is that when you decide to use the special usb in connecting to your phone’s mixer, the volume tends to be a bit lower compared to a straight up wired connection, so we have that teeny weeny setback for all its advantages.

It probably can also be a hassle to customers that are always on the go, as the headset is a bit big and bulky, making it a nuisance when packing it, increasing the risk of damage, though highly unlikely due to its sturdy components provided by Logitech’s technology and high quality standards paired with durability, living up to its reputation.

The headset however is a perfect fit for those looking for a reliable heavy duty headset in the comforts of their own homes, with it even having the feature of turning its heads, making it easy for the user to lay it flat on the desktop when not in use, or even in their very own shoulders after long gaming sessions. 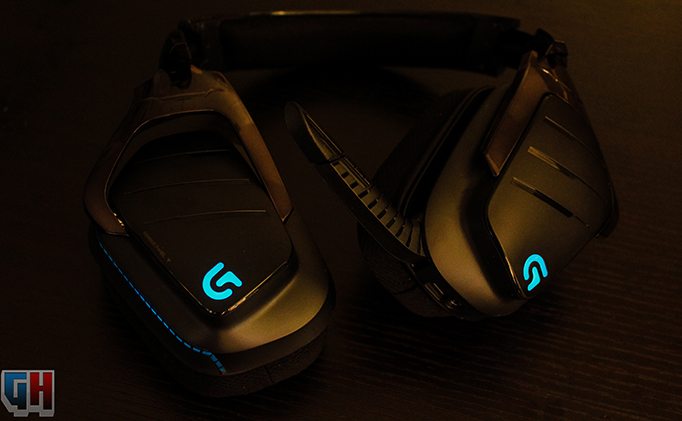 The G933 has a cool streak etched at the sides, lighting up with different colors, including the logo. The downside however is that the color cannot be customized or changed, but it has a master button allowing you to switch the lights on or off on the streak only, the logo only, or both.

The advantage of this is that turning the lights off saves the battery life, allowing you to use it for as long as 12 hours wirelessly, but it would only last for 8 hours if the lights are left on.

It also has no problems when it comes to comfort, with the pads being made with sports mesh, a kind of material commonly used for, yeah you guessed it, sports, mostly because of its ability to “breathe”, making the user’s experience very soothing and not as disturbing as other headsets in the market that tend to heat up fairly quickly, making long gaming sessions very disturbing and can even contribute to the users decline in performance. 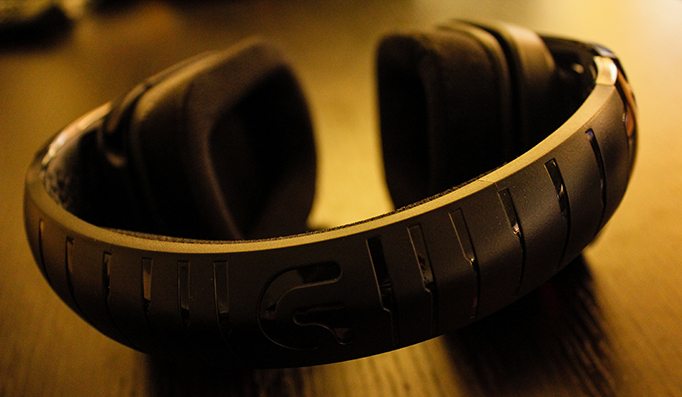 Its many key features such as its rotatable heads, washable sports mesh pads, lighting systems, improved one thousand one hundred mAh lithium-ion battery allowing up to 12 hours of extensive use, special microphone, and a wireless usb device with a “usb jack” allowing you a wired or wireless connection, is one of the many reasons for this bad boy to be on your Christmas wish list.

Though wireless phones were discredited by the common gamer, since the wired counterparts provided a higher volume than the wireless tech, such a gap can only exist for so long. Advances made by Logitech allowed the creation of a new wireless headset that is on par or even superior to the wired kin, with the G933’s ability to be both wireless or wired, making it one of the best rated headsets in the market.

It is also able to connect to any device, PC, gaming console, tablet, or even your smartphone via USB jack or wirelessly through the special usb.

The special USB has its very own compartment found at one of the heads, with the other one housing the battery. What the USB does is that it acts as a transceiver, effectively emitting signal waves to your headset. 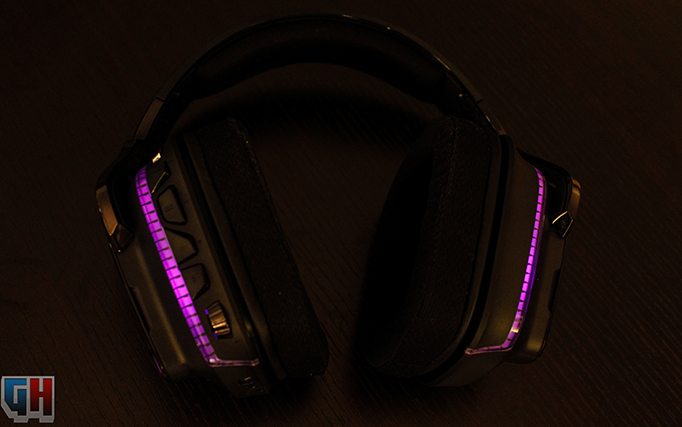 How it works is that it has “USB jack” at the bottom where you can connect it to your smart phone, or plug it straight to a port in your computer. It has a small LED that indicates if the connection is active or not, while the headset has a button on it that you can manually toggle like a switch to allow or refuse a wireless connection.

The headset also features an extendable microphone that can be neatly tucked at the side or extended and bended to any direction, allowing the user complete control when operating the built-in microphone. It also has a unique noise canceller, meaning that any external sound produced at a certain range from the microphone will be reduced significantly, allowing maximum focus on your voice alone.

This key feature of the G933 is perfectly suited to those videoing themselves or making a YouTube video, or even for simple long conversations such as skype. It also shows promise as it doesn’t hinder the user’s hearing and audio quality on the heads, allowing the user to even shout without much disturbance to what they are listening to, though we advise you not to do so. 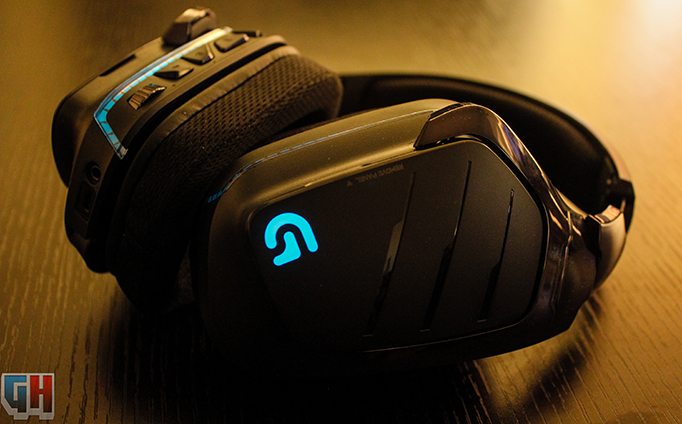 Such hassles presented are easily handled by the G933, making it well worth considering when shopping for a headset, even making the premium offer worth your hard earned cash for even frugal buyers. With all the features and high caliber technology incorporated by Logitech in the G933 Artemis spectrum headset, we really have not much to say to make you question its eligibility in landing its own spot to your gaming life.

Such features are not to be taken lightly, making it a key component to every self-dedicated gamers out there looking for that special headset that they can share their experiences with. The G933 shook the market with its competitors, giving the other brands and models a run for their money. In fact, everyone should have one, not just the casual and hard-core gamers, its premium packaged features and price is definitely worth the extra bucks. 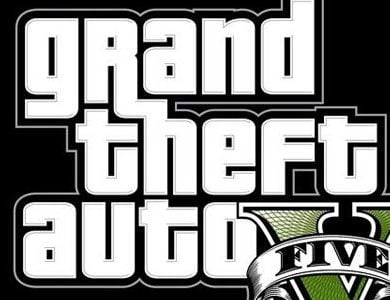 What will the inclusion of casinos bring to the GTA 5 update?