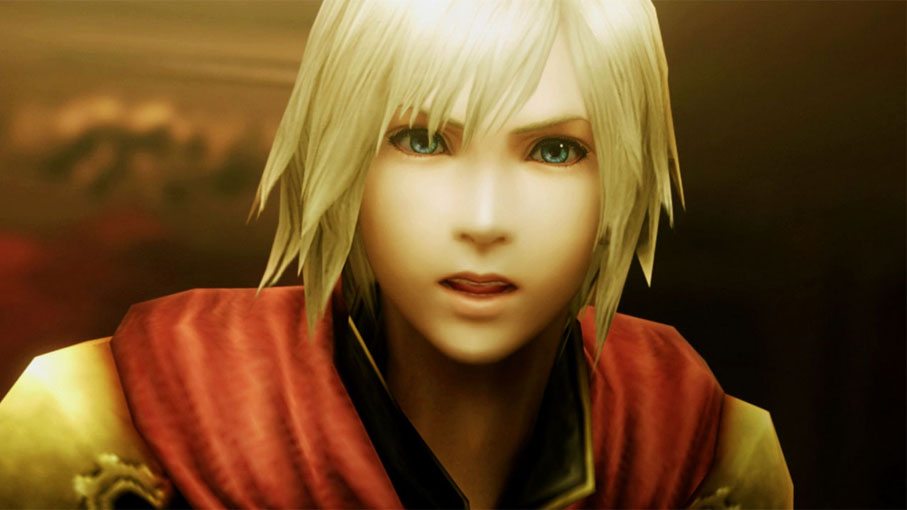 Final Fantasy Type-0 HD is an action RPG developed by Square Enix. It is a remake of the previously Japan-only release title for the PSP with the same name (minus “HD”), but because of its popularity, the game was remade with upgraded graphics for the PlayStation 4 and Xbox One, and was made available outside Japan as well in March 2015. The game is part of the Fabula Nova Crystallis Final Fantasy subseries universe, along with other games such as Final Fantasy XIII and the upcoming Final Fantasy XV.

The game is a throwback for seasoned and longtime Final Fantasy players because of the many familiar and classic Final Fantasy elements that the game contains. Some of the monsters include flans, evil eyes, malboros, and even the cactuar. The game also has an open world map exploration reminiscent of the older games. The chocobo and ubiquitous moogle make their appearances as well.

Clumsy camera angles can make combat quite confusing, but the game still stands out because of its exciting fast-paced and action-oriented gameplay, which is quite similar to Crisis Core: Final Fantasy VII. Combat mainly involves attacking and dodging, but unlike other action RPGs, where combat simply requires you to press the same button again and again, combat in Type-0 HD never gets boring. The player has the option of including a whopping 12 characters in their 3-character team, each having his or her own weapon, skillset, and play style. When one character dies, which could happen a lot, the player can call in another character from the remaining 9 in reserve. Because of this, players can’t simply focus on just 3 characters and leave the rest underleveled. The variety of available combinations of characters can give the player quite a number of interesting team setups

Combat also contains specific-timed attacks, the “Break Sight” (critical damage) and the “Kill Sight” (instant kill), which prevents the normally cumbersome grinding and random encounters from really being a drag. The whole 3-man team can also use a high-damage Triad Maneuver, which can be done any number of times during missions. The Support Personal System, which is exclusive to the HD version, enables certain AI-controlled characters to replace regular party members when activated. Various kinds of equipment, magic skills, and summons, called Eidolons, are also available. Characters level up individually, which means a lot of grinding, but the player is assured never to really get bored; the combat always stays fresh. There are also tons of missions and an arena the players can challenge, which doesn’t really have to mean grinding as the only source of XP. Also, and this is something many regular Final Fantasy players look for, a fourth difficulty level was added in the HD version. This provides players with the option of a more challenging mode of gameplay, which is personally more fun than the easier modes. 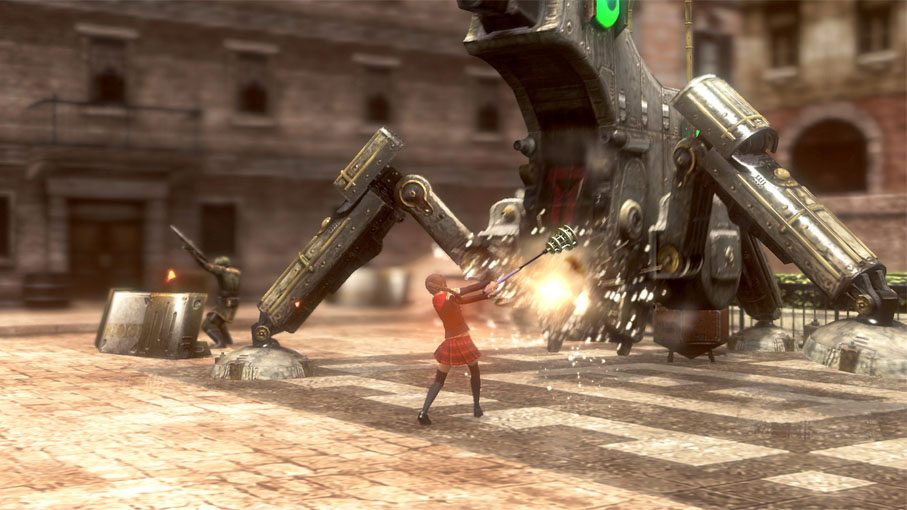 Players can get quite confused about the plot early on, however; the game just throws them in too quickly. However, this is soon remedied as the game progresses, as a complex and interesting plot is opened up to the players. The game notably stands out from other Final Fantasy games because of its more violent and dark story. There is actually a lot of blood and killing in the game, which is something that players do not really take notice of in other Final Fantasy games.

Death and loss is also a prominent theme in the game, which is apt, considering the main focus of the plot is war. The ending of the game, which will not be spoiled here, is quite shocking, but also a little unsatisfying, so the game gives the players the option of a second playthrough. This gives the game a quite high replay value, as the second playthrough provides hidden and unexplored plot elements that further shed light on the game’s story. There is also an alternate ending, wholly different from the first, and it becomes interesting once players discover there were actually bigger forces at work throughout the story.

The graphics of the HD version are visually impressive, especially the CGI cutscenes, a far cry from the original PSP version. The Final Fantasy series has always been known for its stunning cutscenes, and this game is no exception. With each Final Fantasy universe being unique, Type-0 HD gives players the immersive experience of the beauty of this particular world through crisp colors. Since the setting of the game is war, however, many of the locations can be dark, which seem even gloomier because of the game’s graphics. The game’s soundtrack ties in well with the overall theme as well. The soundtracks are full of drums and instrumentals that make the player feel the charge of a battle, or the mournfulness that follows one. 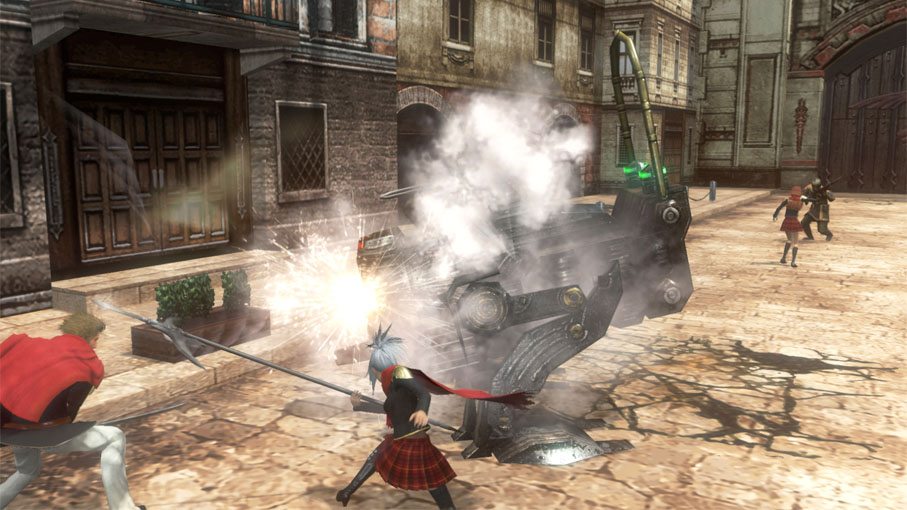