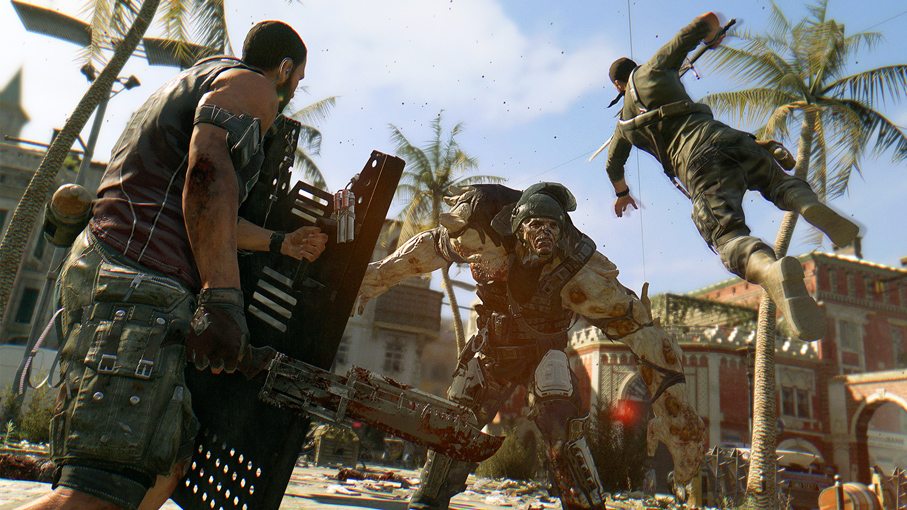 Techland, a game developer in Poland most known for bringing Call of Juarez and Dead Island, has recently released a new action survival video game offering another great zombie experience. Dying Light is a first-person, zombie apocalypse-themed game set in a dangerous and enormous open world. It has competently combined some of the elements of Far Cry, Dead Island and Mirror’s Edge, making the feel of playing slightly familiar.

In fact, its storyline is just like the typical wherein the players act as the secret agent sent by a relief group to go in an isolated city full of infected enemies. The presence of the government’s misconducts also made the game predictable. Nevertheless, it was still able to make the game more challenging and interesting.

In spite of the fact that most of its qualities are similar to the aforementioned games, it became unique because of the parkour element. The parkour-style movement turned out to be the best feature of Dying Light as it enables the players to jump across huge spaces and obstacles, and climb from one place to another almost effortlessly. The players can use this element anytime – either for escaping the zombies, hunting them, attacking the enemies from above, or for simply exploring the fictional city.

It made playing the game more fun and exciting because the players can freely move around anywhere. However, because of the parkour element, Dying Light can be played somewhat in “safe mode” since the zombies cannot move very fast. If used frequently, the game would seem to be all about avoiding the zombies instead of confronting and killing them.

Another remarkable feature of this action survival video game is the day and night cycle. During the day, the players need to wander around the infected city to search for, and gather supplies, and make weapons necessary for survival in the coming night. It may sound not so difficult, but it is also not that easy to obtain the things one will need for subsistence. To be able to acquire the best supplies, the players will have to fight and stop the other human beings who are also desperate to live through the night, from getting away the things they need.

The players can also save the remaining survivors during the day, as well as set up various traps in preparation for the coming night. The infected will not be a threat anyway since not only they are easily detected, but they also are very listless and slow during this time. Killing them will be effortless.

When the night falls, the infected then become extremely dangerous because their strength and number grows. Not only that, they become more aggressive as well. Nighttime is very challenging and terrifying in Dying Light. As the night deepens, the meaning of the game’s slogan “Good Night. Good Luck.” echoes loudly while the players are struggling to survive.

Besides the infected ones or the zombies, there are more deadly creatures that are excited to hunt. The players must do their best to save their lives by defeating each and every enemy they will encounter. There are many ways to kill them such as confronting them face to face using various weapons, striking them down from above, or distracting them and using traps. Slowing down the infected using ultraviolet lights will also be of great help.

The night is long so slaying monsters all night is obviously not practical. The players can also make use of the darkness and the fog to remain unseen and stay out of the enemies’ way, while getting back to the safe zones. Playing at nighttime turns to be not just all about knocking out zombies, but more like a panicky hide-and-seek game, while trying hard to persist until the morning.

In fighting the zombies, the players can use different melee weapons such as axes, clubs, knives, spears, hammers and other odd tools in combat. They can also craft their own weapons. Striking down the infected is brutal and sadistic. It involves smashing, breaking them into pieces, cutting their limbs, and many other ways in which fighting is more of a direct contact experience.

The players can also use modern firearms like shotguns, machine guns, rifles, and pistols. That would of course be a great advantage because they are much more powerful. However, using firearms will create noise that can surely attract other enemies, and that’s the least that any player would want to happen. Most importantly, the players’ main weapon in this vast world of madness and destruction must be their alertness and ability to move and think quickly.

In Dying Light, players can cooperate with each other in times of extreme situations. In this mode, up to four players acting as the survivors can unite to defeat the predacious creatures and the other infected. They could team up with their friends or with some strangers; either way will definitely make playing more rewarding and sustaining. The small trials that the game offers during this mode do not only encourage cooperation but may also provoke competitions.

The game also has an asymmetric multiplayer feature wherein the so-called Night Hunter, which is a human-controlled very powerful creature, could surprisingly invade the players. This feature is readily available in Dying Light. However, there is a bonus offered to the players who already placed their orders of the game even before it was available for purchase. It is the “Be the zombie” feature that allows the players to act as the zombie or mutated hunter and invade the worlds of other players.

Dying Light, although a new release, is becoming a success not only because of its fantastic gameplay but also because of its impressive graphics and sound effects. The sound is very effective at creating a really terrifying and dangerous atmosphere. When a group of zombies is approaching, the player could hear it and feel the impending threat right away. Techland did well in capturing the essence of the game and making it so engaging.

The graphics are also greatly drawn and the very colorful background adds up to the intensity and thrill of the game. The illustrations, the well-attended details and the animation are well thought-out and certainly entice the players to get more engrossed in the story.

Overall, although most of Dying Light’s elements are a good combination from other games, all its features went perfectly together with its additional unique elements which are the parkour-style movement and the day and night cycle. Its gameplay, together with the splendid visual and sound effects, make Dying Light worth having and playing. It is an addictive game any player will surely enjoy.

Dying Light Review
Conclusion
Although most of Dying Light’s elements are a good combination from other games, all its features went perfectly together with its additional unique elements which are the parkour-style movement and the day and night cycle.
Positive
Negative
4.2
GAMEHAUNT SCORE
Where to Buy
Amazon