How often do you get to see the 15th sequel of a game? For a movie, it is something that has not been achieved yet. But for games, it has. “Final Fantasy XV”. Developed and published by “Square Enix”, Final Fantasy has been released for both PlayStation 4 and Xbox One Consoles.

Final Fantasy XV takes place and is set on the fictional world of EOS. The countries of the world are under the domination of the empire of Niflheim. All, except the kingdom of Lucis. The main protagonist of the game, “Noctis Lucis Caelum”, the rightful heir to the throne of Niflheim, has already set out on an adventure quest to reclaim his homeland and his magical crystal, which was stolen on the eve of peace negotiations between Niflheim and Lucis. It took 10 years for the game to be up and released worldwide. But, trust me, it does enough justice for all the time and effort that went into creating this game. 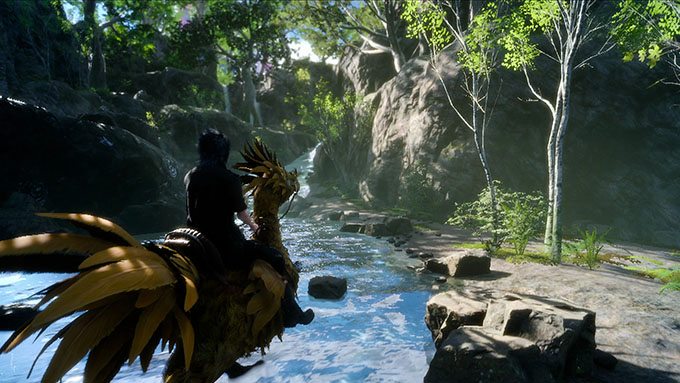 Let us take an insight of what makes this game so special and thrilling.

As mentioned earlier, the setting of this game is on the fictional world of EOS. Noctis Lucius is accompanied by his three partners, Gladiolus, Ignis and Prompto. It is a good thing that companions have been retained from the previous game of the series, also allowing us to make new companions in the game. Chocobos are manually controlled in this game too, but Regalia can be either controlled manually or automatically, but has to be refueled regularly. The party also has the option of fast travelling to locations on the map, once the areas are discovered and open. The gameplay also features choice-based quests and information with a virtual intelligence engine for NPCs. 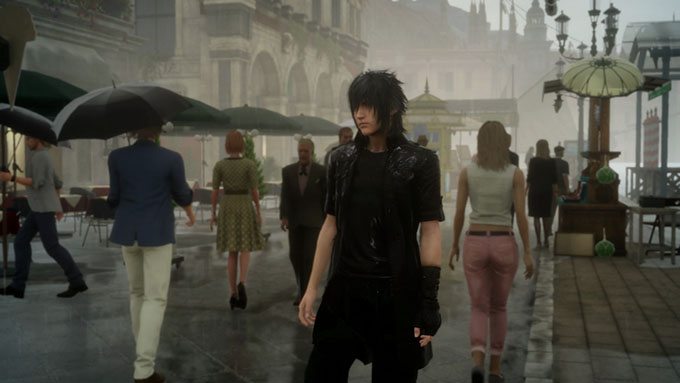 Final Fantasy uses an action-based real-time battle system. Much like the Active-Cross Battle System. The battles take place in the exact arena where it had been originated and not in a third created arena. The battle is influenced by a threat meter which increases as the party walks towards an enemy, and upon contact the battle begins. Walking away from the battle ends the combat. All the characters have HP, while only Noctis has MP (Magic Points) which regenerate over time. HP decreases at a particular rate and when it is extremely low, the character enters a danger mode, where he must either run away or use an item to revive the health. There are HP caps, which decrease when all the HP of the character falls apart. When there are no more HP caps, the main character dies and the game ends. 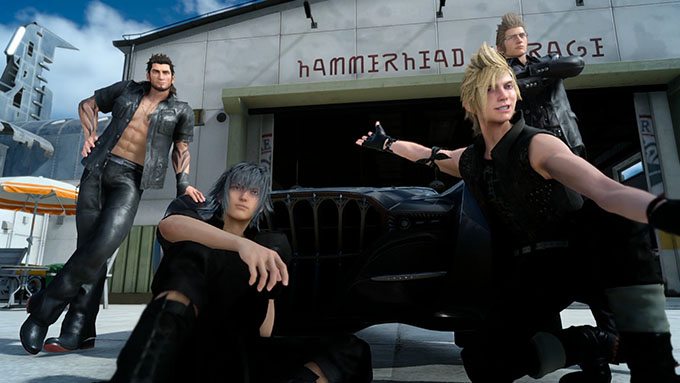 Square Enix has kept the same principle as with all other Final Fantasy games. At the end of each battle, the characters receive EXP (Experience Points), but they do not level up automatically. To make it more realistic, the developers have made it mandatory for the player (character) to go and rest in an inn (called “Havens” or safe zones in-game). When the characters rest, they gain all the EXP of the previous battles and they level up. When Noctis is defeated in a battle, the entire EXP is lost. Skills can also be improved using EXP points.

Needless to say, the ultra-realistic game features an ultra-realistic graphics and a top quality visual. Being a JRPG genre game, the graphics are sure to blow you away and the time spent on leveling all the details of the world are absolutely scintillating to say the least.

But, where should you be playing this game to get a better experience? Read on to find out. 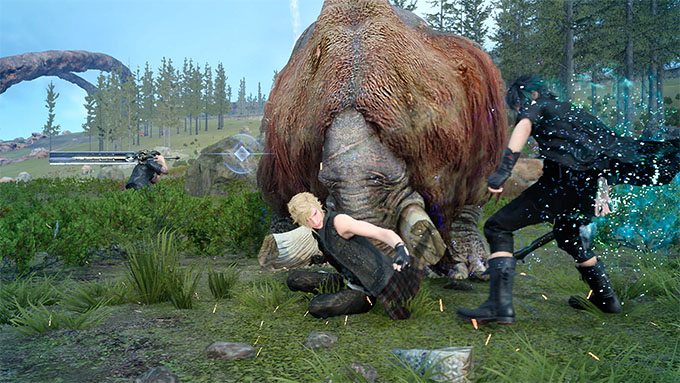 There are more than a thousand places to get lost in and the graphics will simply blow your mind. Wherever you go, the image and the optical stabilization of the in-game camera are flawless and do not get pixelated at any point of the game. Be it the endless road finally coming to an end, or the vast landscapes, the visuals are sure to take away your breath. The majority of the action takes place in various pockets of the world. This is something that the Square Enix has done to make the game stand out. Often, we see that open world games get quite boring in the end, when you start getting numerous side quests all the time or may have to chase your target throughout. Final Fantasy XV, however, has defied all the laws of open world games, and stood out by making and bringing only the part (pocket) in the game, which is necessary. Since the world is extremely big, you can take your car out for a spin and explore should you feel lazy countering quests or missions. 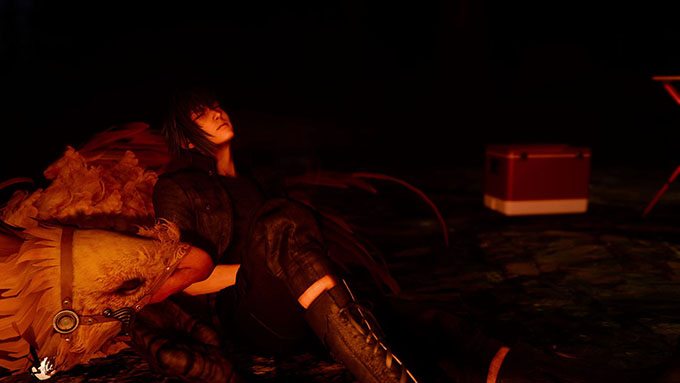 Square Enix did make us wait a decade for this game, but surely it is surely worth all the time taken by them. Coming into the graphics and the visuals, honestly, Xbox One feels a little less premium when compared to PS4 graphics and visuals. You might not get catch any flaw while you seamlessly play in the Xbox One, but it starts to show when the two platforms are compared to each other, side by side.  The open world feels a little less generic, particularly because it focuses on the all the odd little details too much like, the cut-scenes take too much time showing the setting up of camp, cooking food and so on. The game does give you time to think and to breathe, which should not have been the case given the type of gripping gameplay that it has to offer.

Having said all these, the time invested on this game (nearly a decade) is worth the entire wait, as Final Fantasy XV, with the flawless gameplay and jaw-dropping graphics will surely pack a huge punch in the gaming sector worldwide.