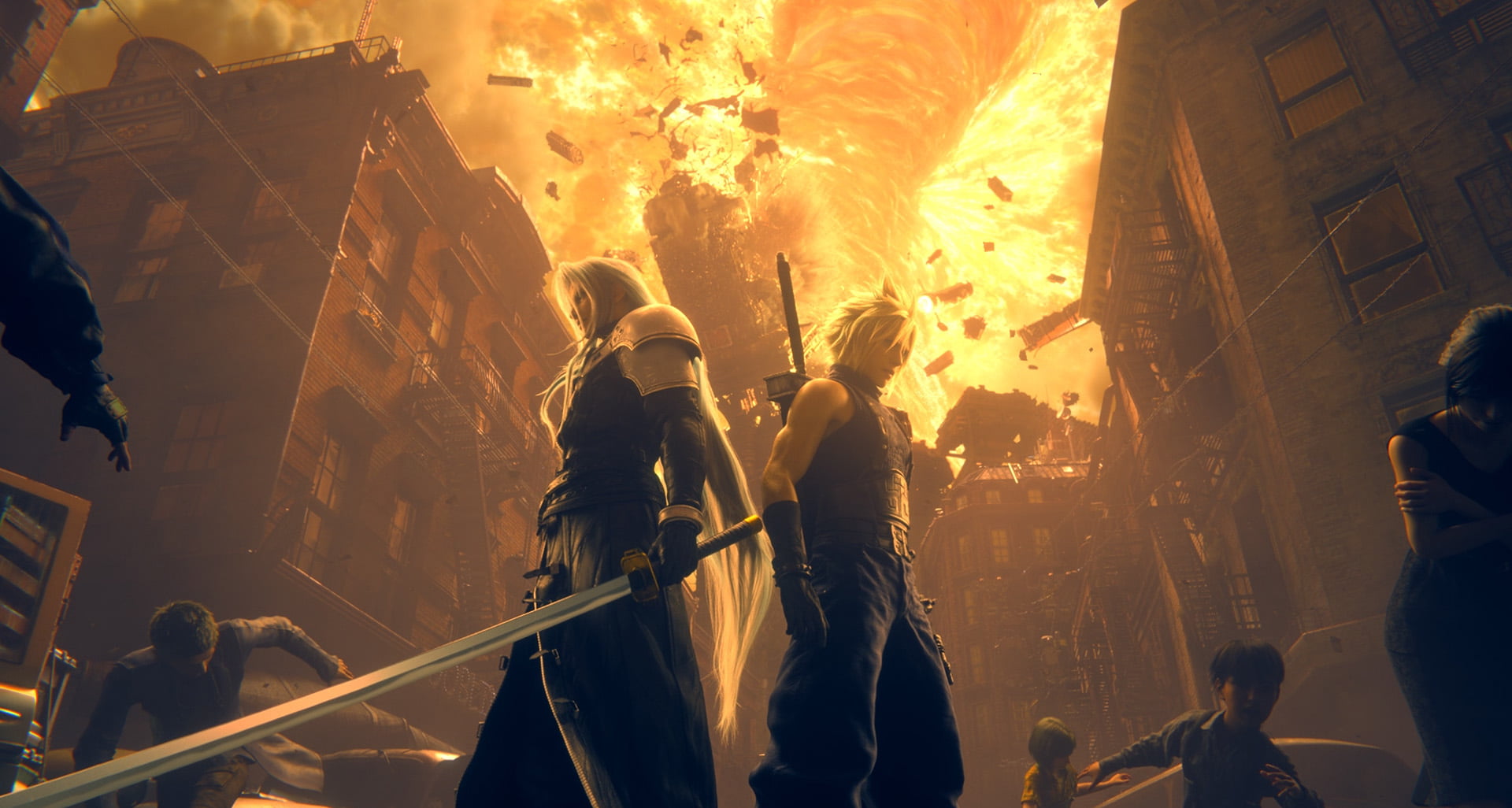 Every generation is known for having significant games, but there are a few that break free from the generational greatness and applauded perennially. Final Fantasy 7 is one of them and often been compared with legends such as Halo, Zelda: Ocarina of Time, Super Mario, etc.

The individuals have almost a sacred attachment to FF7 that they never managed to shake off, and when the Square Enix officially declared its remake in the year 2015, the fans all across the globe simply went crazy.

Studies have shown that the contemporary remakes of the classic films fail disastrously, but the opposite has been held true for video games. The technology tends to improve over time, so, even if there are no phenomenal plot twists or character introductions, the old games benefit because of the brand-new visuals integrated to them.

The remake of Final Fantasy 7, one of the best games of 1997, goes way beyond than the apparent graphical makeover. Almost a decade has been spent in its making. The remake has expanded and reinvented the original game but did not compromise its essence. Now isn’t that great?

If you did not get the opportunity to play the original game, you simply need to be aware of the story surrounding an ex-soldier, Cloud Strife. He worked for the renowned Shinra Corporation and was instilled with Mako or the valuable lifeblood.

Shinra sucks Mako out from the ground to supply electricity to the cities, but the endeavour is gradually destroying the planet. Some rebels together called the Avalanche, paid Cloud to support them and blow the Mako reactors.

If you played the original game, you would be able to recognize most of the characters along with the plot. However, the rest is phenomenally transformed. The stagnant backdrops now turned into huge areas ready to be explored, cities full of people, and cats and dogs nearly everywhere.

It looks breathtaking, just like the numerous cut scenes. That being said, remember they are lengthy, lasting for one full minute, but everything is framed perfectly amalgamated with subtle effects that miss from the other games. The focus keeps going back and forth in between the characters and the music cuts slowly so that you can absorb the emotional performance given by the actors.

The thing the players will most probably come to notice when playing Final Fantasy 7 Remake is Midgar’s scale. It is quite surprising that our imagination has been left blank regarding Midgar back when the original game reached its peak.

The static backgrounds failed to allow the players to understand how vast Midgar actually is. When you walk through the slums of Sector 7, you see how people lead their lives in the squalor, completely under Shinra’s domination. On digging up more, you will feel oppressive.

There is a wide range of narrative changes besides the expanded elements. The circumstances encompassing the Reactor 5 mission has been altered but slightly. How the players go to procure the items and dress up Cloud in the Wall Market is also quite different. And their entire journey through the Shinra HQ detours notably.

The war between Midgar and Wutai is constantly explored, which further explains the cause behind Midgar’s strict security. Shinra’s propaganda shows Avalanche having an alliance with Wutai to trigger fear, a chief element that was not present in the original game this explicitly.

The world has transformed from being a platform of slow turn-based battle systems. Final Fantasy 7 is completely an action game, which if ripped off to a great extent would have no connection whatsoever to the original.

The battle system was an integral part of FF7 and changing it drastically would compel the remake to acquire a different feel as well as outlook. So, Square Enix decided to come up with an amalgamation of actions and strategies. They used ATB or Action Time Battle System that accepts all the turn-based elements in addition to retaining the fast action, which reminds of the sequel of CG Advent.

The characters may exude a strong personality, and the environments may be refurbished with dramatic details but what held everything together was undeniably the music. Final Fantasy 7 remake used the soundtrack of the original game but enhanced it further with amazing new orchestrations and arrangements that continue to maintain the structure of the classical music.

Manifold moments are provided with life solely because they are accompanied by exclusive music. Most players would be able to associate definite music with definite moments. The track playing when Cloud and the rest of the gang ride away in a train from the Reactor 1 area triggers nostalgia and brings back plenty of memories.

All the scenes of Midgar are emphasized on by a music piece. Be it the Turks around or Cloud’s fall inside the Aerith’s church, thanks to the background score that they become memorable.

Also, the joining pathways in between the populated regions of the slums have a music of their own that somehow allows the players to move back to the original game. The new theme song, Hollow, has specific arrangements and those allowed it to fit amidst the other classic tracks of yore without any hassle.

The Final Fantasy 7 Remake quite successfully managed to help the original game reach unimaginable heights of prosperity. Apart from the spectacular outlook, the gameplay attained a kind of modern sheen without obviously losing whatever made the game unique in the first place. The incorporation of various action sequences and the extension of the existing ones are an amazing variation, and it is quite meaty too, going on for almost thirty hours.

You expect to get the original game only in the first half. The second, a concluding instalment will be launched by Square Enix but the time has not yet been specified. Remaking a globally acknowledged classic is a huge responsibility, but just like the sword-wielding characters, Square Enix will most surely be able to overcome the challenge in flying colours.