Conan Exiles is a new first person survival game released on 31st Jan 2017. The game is developed by Fun Com and released on Steam Early Access. It is a different styled revival of the previous adventure games attempted by Funcom. In 2008, Funcom introduced the game “Age of Conan” that has attracted positive reviews. Another attempt was made in 2009 with the game “Rise of Godslayer”. However both the games didn’t do too well as expected. After a gap of nine years, Funcom has come up with a new Conan Exiles that has attracted gamers around the world. Much unlike its previous releases, Funcom has launched “Early Access” title with the game which means that as a gamer, you may encounter certain issues while playing such as lag, bugs or delay. It is not really recommended to buy Early Access unless you know what you can do with this release. 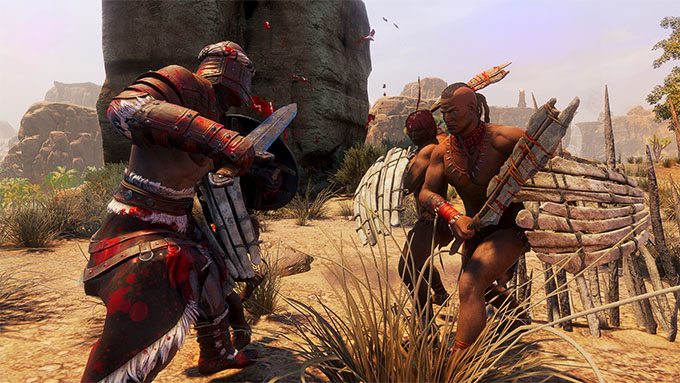 Conan Exiles is both single player and multiplayer mode and hosting on private and public servers. There are five main modes available for players while joining depending on difficulty: Purist, Relaxed, hardcore, roleplaying and experimental mode. You can even randomly choose a difficulty mode if you aren’t sure about which mode would be ideal to play. Purist is the best choice if you want to experience developer type.

It is based on a deserted plane known as exiled lands. In the start of the game, you begin without having anything in your hands and you need to gather all the resources such as water, food, stones, sticks etc. in order to keep yourself alive under hot sun. One of the key aspects of this game is that you need to gather resources in order to craft clothes, tools and weapons to defend against enemies. With the help of more advanced items and resources, you will be able to create much better tools. Building is the most important part of “Conan Exiles” and you can build anything anywhere. You can do a lot of cool stuff in this game such as storing items, decorate your home, and build advanced weapons for protecting yourself from your enemies.

While creating your Conan Character, you will be presented with choice of different features and characteristics. There are additional interesting features in the game if you wish to choose from the Gods. Religious aspect of the game is really an interesting feature. You can choose from any of the four Gods in “early access” and there will be more Gods in the later versions of the game. Gods are nothing but “Avatars” that can be summoned after you have been able to upgrade your character and achieved higher tier capability. These Avatars will make your player lot more powerful if you are able to achieve the Worshipping system.

Conan Exiles is certainly a game with lot of potential. There are some unique features in the game that are refreshing in the current state. 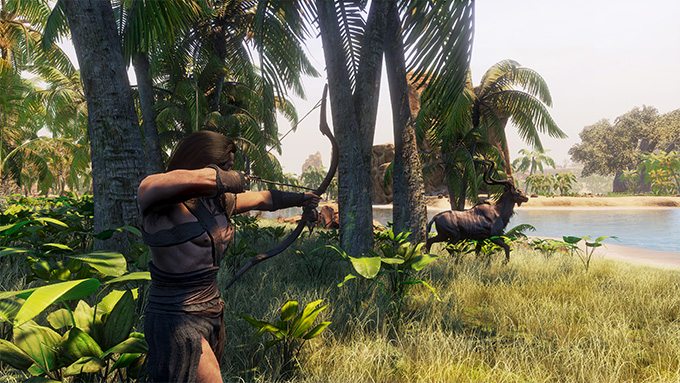 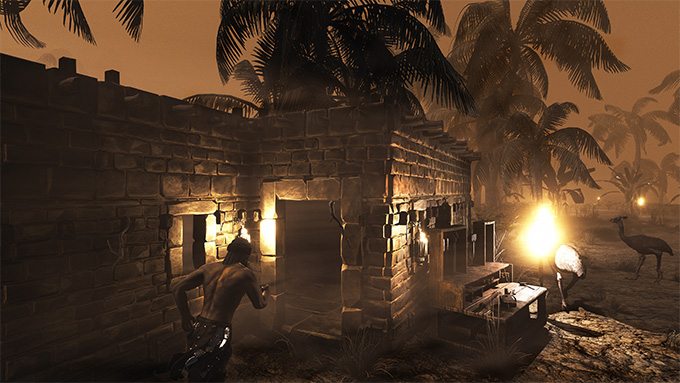 Just like any other early access game, Conan Exiles is also not free from bugs and not an exception just like any other game. Some of the issues encountered are like your game just doesn’t start and many times refuses to do so. Other problem includes difficulty in joining a public server however, it needs to be checked if it’s a server issue or game issue. However, after trying for more time, you will get the chance to play the game. There are certain other problems experienced while playing the game such as optimization problems such as interacting with objects or NPC’s. Users have submitted their reports and game owners are working on fixing the bugs and other object problems. Even the combat system seems to be not working quite well in the Early Access. The gameplay demands more improvements in terms of skills, animation and movements in order to make it more interesting while playing.

Conan Exiles is a newly developed impressive game and has a lot to offer for both addictive and casual gamers. Early Access is just the right version that will be able to spot key problems, bugs and issues that can be resolved in the upcoming final project. Funcom not only promises to sort out performance, lag, loading, graphics and other bug issues in upcoming release but also announced addition of more cool features in the final release of the game such as advanced weapons, character customizations, new systems, environments, tamable animals etc. Currently the game requires a bit more improvements. However if you are a true game lover and want to experience an advanced gameplay then you must look for the official updates, changes and new releases in upcoming months.