Who does not love a fashion show or a Technology filled Expo? I am sure everyone of you do love them. Recently I was able to attain a show that really rocked the crowd with one of the best shows that we have seen in the recent past. The show was on the August 25th and the timings were long enough to get the full view of the show and the stage performances. Well, we finally got our entry passes to the show. The passes were nicely designed and they read the show name: Best Buy Canada’s Life & Tech Wearable Technology Expo and Fashion Show. Surely we were thrilled and ready to visit the place. The location was easily reachable and reach there on time. 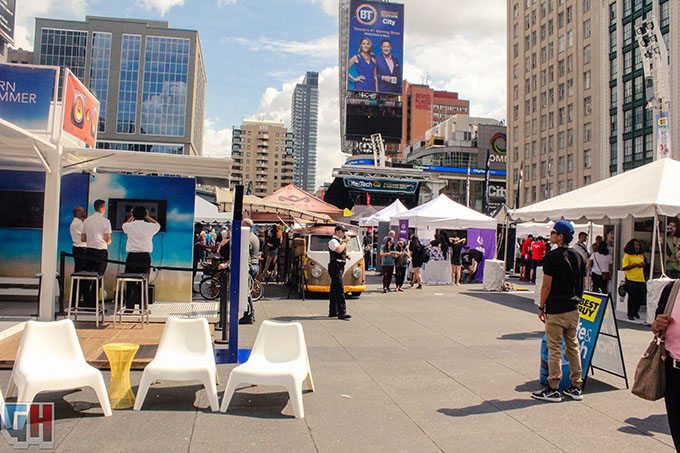 These are the Technology Exhibitors that took part in that show:

These organizations performed their show in that Expo and all of them were quite good and intriguing, especially the ones that were demonstrated On the Stage. 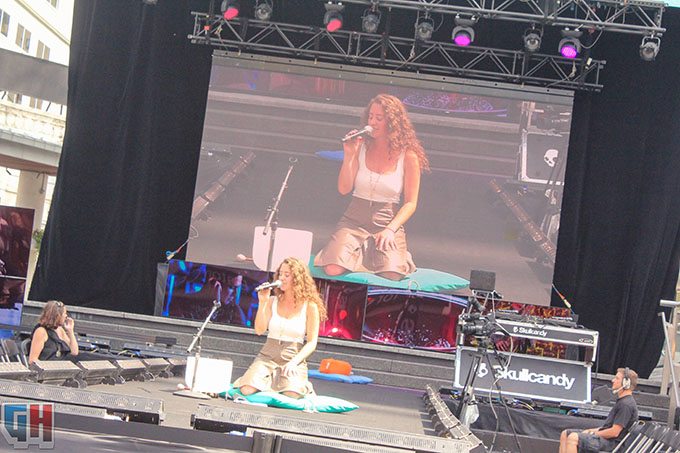 We arrived at the location on time and it was pretty much crowded, but still we enjoyed the show pretty much. The On Stage performances started around 12 noon.

At the beginning, it was Spin Master and Wowwee (20 mins)

Then it was the turn of Muse. Then it was the Fossil, ihealth, HomidoVR. All of them demonstrated for 20 mins or so and the shows were really enjoying. After a break the Osmo started their demonstration and MergeVR, Samsung, NoonVR, LG followed. They all performed very well and we really enjoyed the show. From 7 in the evening It was the Tech Fashion Show which was for about 30 mins or so. But that was just the trailer of what was yet to come, and from the 9 PM the actual Show for Tech Fashion started and really amazed the crowd.

People were enjoying the On Stage performances and the Exhibitor tents as well. The VIP lounge was full with the mannequins dressed in the latest tech wearables. 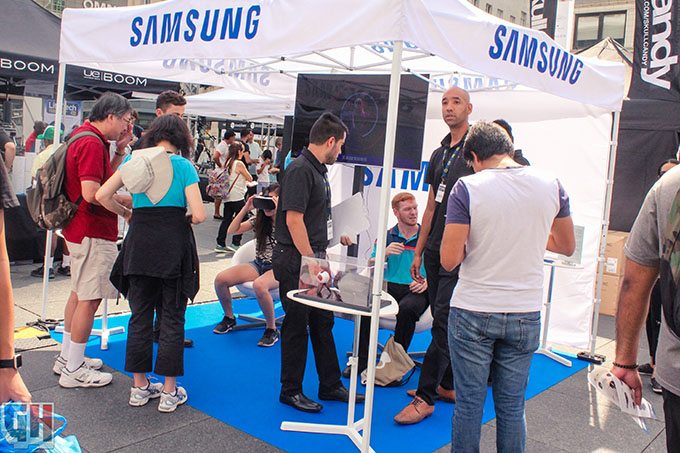 Well, we knew the show will be great and it will be tough to choose the exhibitors to visit, but we tried to visit most of them and I would like to share our experience first hand with you.

Samsung – Our first visit was the Samsung. They were showing a demo of their new and thrilling Virtual Reality Gear. They organized a nice roller coaster ride to demonstrate how it works. Well, it will be a lie if I just say we were impressed, to explain our feelings I must say, everyone in the tent was just thinking to get their hands on that gear, it was that amazing.

Noon VR – The next stop was Noon VR. As the name suggests, they deal with the Virtual Reality Tech and they really proved themselves as the crowning jewel of the all VR shows. No one got to actually “wear” the gear, but the quality of the visual effects are just awesome. Well, this was another of those VR which we would have liked to have in our possession very dearly. 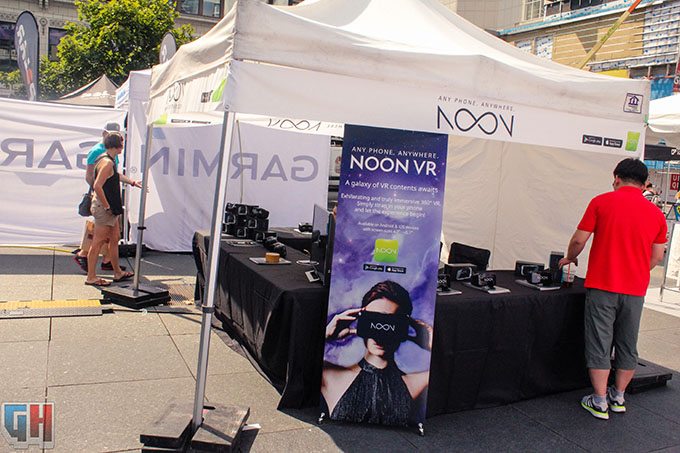 Merge VR – This one was another of t
hose tents with VR shows, but I will give them an Average rating for what they had to show us. All I can say is, there are more to come from them and we will soon put their details on the website as soon as we gather the Intel, a tech review soon perhaps? 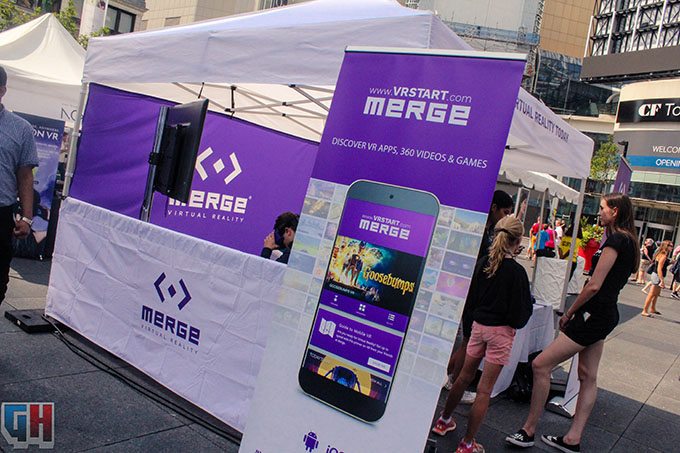 Spin Master – They have been surprising people with their latest innovations overtime and I must confess that, this show wasn’t any exception. What they demonstrated was beautiful, elegant and really technological stuff.

PAW Patrol Action Pack Pup & Badge, Marshall: their first product was a dog. This doggy has a name, Marshall. He is a Dalmatian and is ready to save your day. It can get transformed into a water cannon. Well, there are different versions of this toy and each of the pup can transform into different things and if you buy them all for your kids, they will surely enjoy their play time with the team of pups. The package also comes with a Marshall Badge. Remember, while playing with these pups, your kid will learn the teamwork and friendship so bring them all for your kids today. 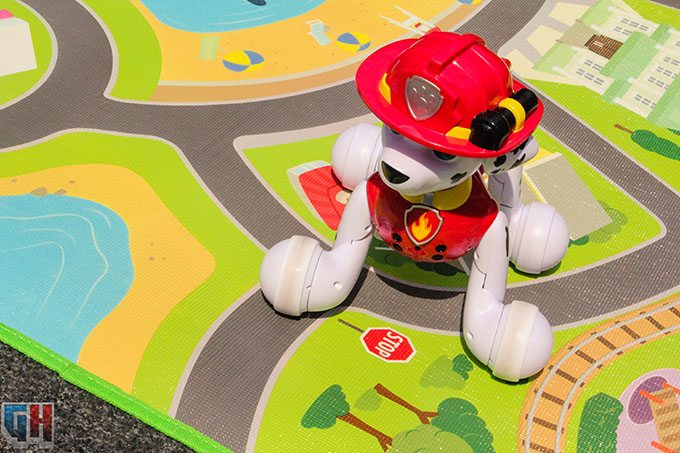 Zoomer Chimp: This was another product that they demonstrated and was rather a bit funny. This is a Chimp and it acts like Chimp as well. You can control it with over 200 sound controls. It can walk like a normal chimp. This Chimp knows a lot of tricks, 100 of them to be precise. The most interesting part is the facial expression that will look like a real one. You can ask him about his feelings and he will certainly show the signs of happiness, if he is happy. With the inclusion of amazing dancing capabilities this chimp brings fun to your house for sure.

OSMO – Well, OSMO is one of those tents which are for the kids and this one was pretty crowded from the beginning. They demonstrated their new system for iPad that is going to change the way a kid learn. It has a system on which you will have to put your iPad first. Now OSMO has been offering several new and nice games for kids.

They have invented a system that will let your kids play and build blocks without touching the iPad at all. Your kids can draw anything and that will come alive in the picture, they can make shapes with the Tanagrams and even they can learn the names of the animals, birds, and other creatures.

Monster – presented a great lineup of headphones in their tent. Most of their products seems to be very competitive among all the headphones market. *We’ll be posting a review of the Monster Elements soon. 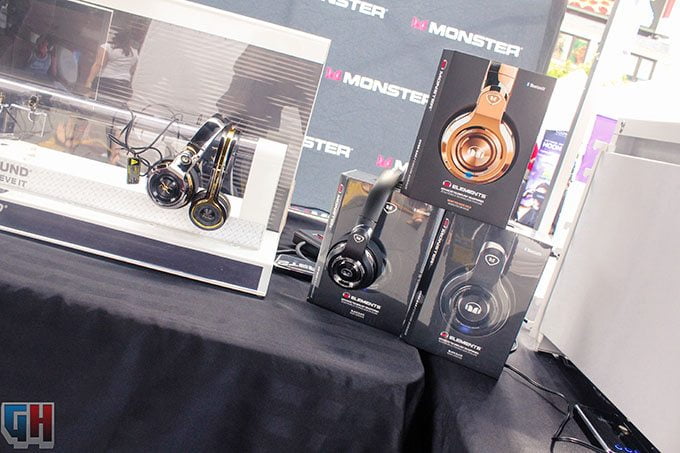 Marley – this one was one of my favorites as they were offering several high quality electronic accessories specially the headphones and the sound systems were just rocking. And I must say I will order one for myself very soon for sure.

Muse – This tent was interesting too and we tried out their headband that can sense your brain. Depending on the situation of your brain, the headband can choose the kind of atmosphere you need and you just need to select it on your smartphone and you will feel like that you are there. 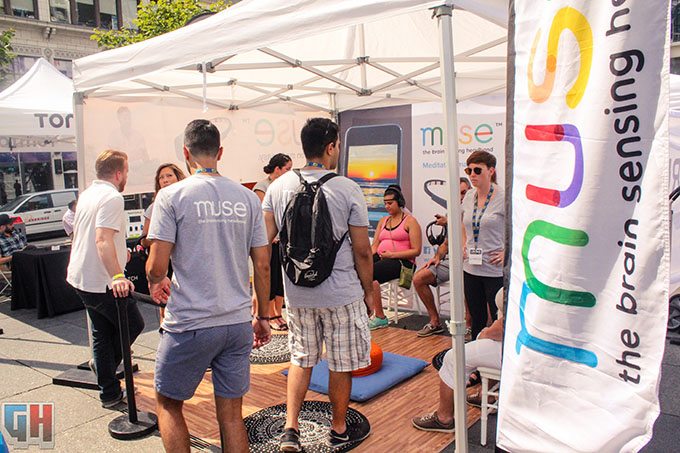 Sphero – another of the action packed tents and we saw the bb-8 being demonstrated and like the other things, the first thing came into my mind is that, I want that one too.

Skullcandy – Demonstrated their headphones, and other accessories. Not much to get impressed with but good quality is what they have been serving so, of course you can try them out at once.

Jabra – also has a very active booth where they featured most of their wireless sports earbuds alongside with the Good Life Fitness Booth. Though we weren’t able to get our hands on from any of their lineup, we would love to try them soon. 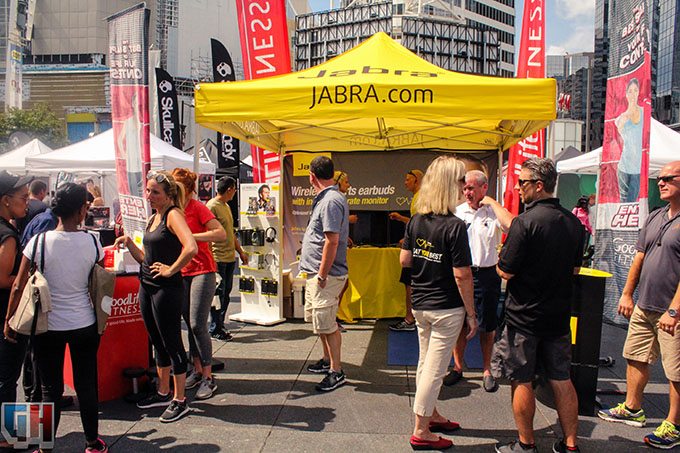 Fossil – they have decorated their tent with various watches and health techs.

We were expecting to visit the tents of Smart Rope and Skully, but we probably must have missed them.

Well, what I can say is, it went really well and we will be looking forward to attain it the next year and will expect the exhibitors to come with more intriguing tech materials and beyond that, I will wait for the surprise elements that was the unique selling point of this show for this year’s edition. So, cheers to the exhibitors and the organizers for making this a great event. 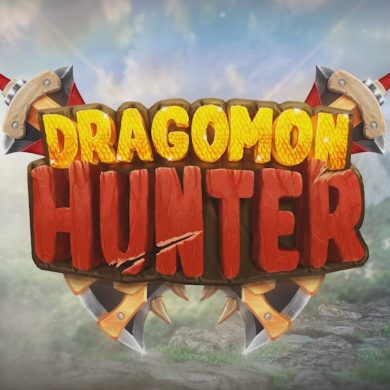