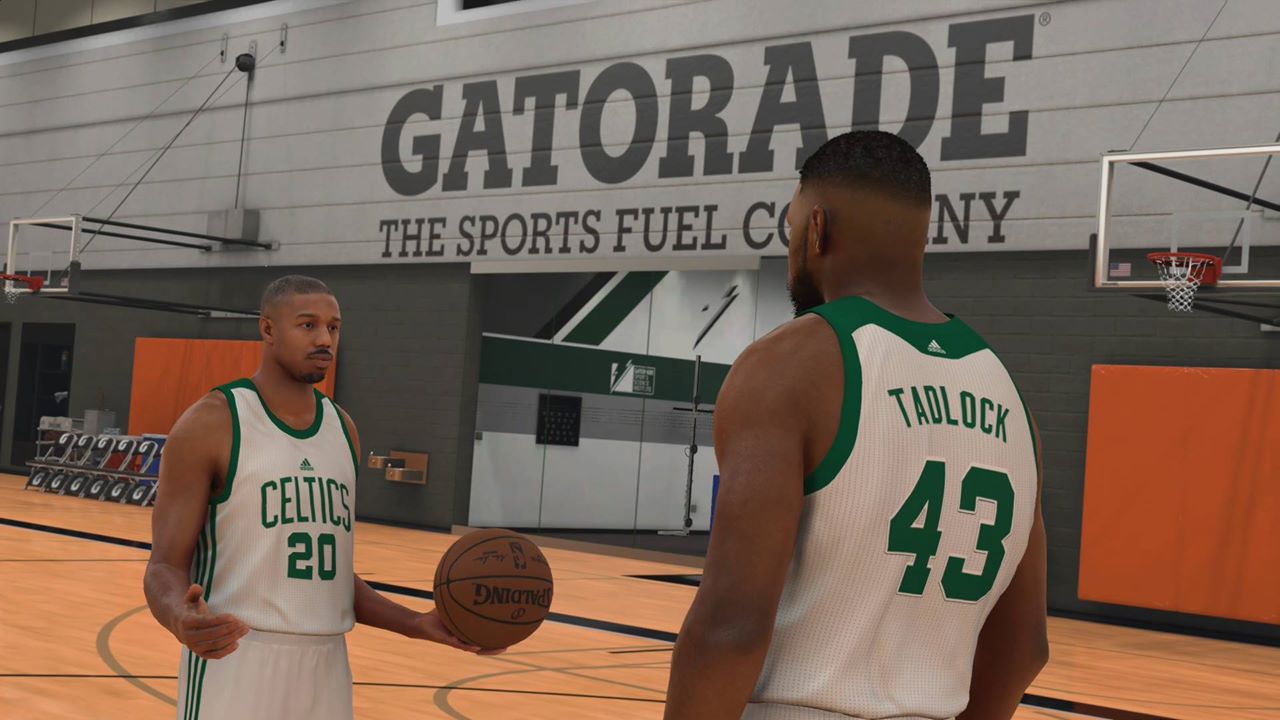 2K today announced that award winning actor Michael B. Jordan will star alongside gamers in the all-new NBA 2K17 MyCAREER storyline. Jordan’s resume boasts starring roles in critically acclaimed films Creed and Fruitvale Station, as well as compelling performances in television shows The Wire and Friday Night Lights. The addition pairs one of Hollywood’s most sought out actors with one of the most dominant entertainment franchises, solidifying NBA 2K as the ultimate intersection of sports and pop culture.

“NBA 2K17 was the perfect platform to connect with a new, unique audience and challenge myself to expand my abilities as an actor,” said Michael B. Jordan, who was most recently inducted into the Academy of Motion Picture Arts and Sciences in July 2016. “I’m humbled at the opportunity to help influence a franchise that I’ve been a passionate fan of since its first release.”

“We saw tremendous success and engagement among our fans in last year’s MyCAREER narrative, and wanted to deliver an even more tailored experience by partnering with Michael B. Jordan,” said Alfie Brody, Vice President of Marketing for NBA 2K. “Working with an actor of Michael’s caliber represents a commitment to giving our fans only the best and continuing to push ourselves as an entertainment platform.”

In NBA 2K17’s MyCAREER experience, Jordan stars as Justice Young, a rising NBA star that teams up with your MyPlayer. Throughout the game Justice acts as a friend and support system while navigating the realities of playing in the NBA, with greater emphasis on in-game choices that will directly impact outcomes on-and-off the court.

Developed by Visual Concepts, NBA 2K17 is rated E for Everyone by the ESRB.