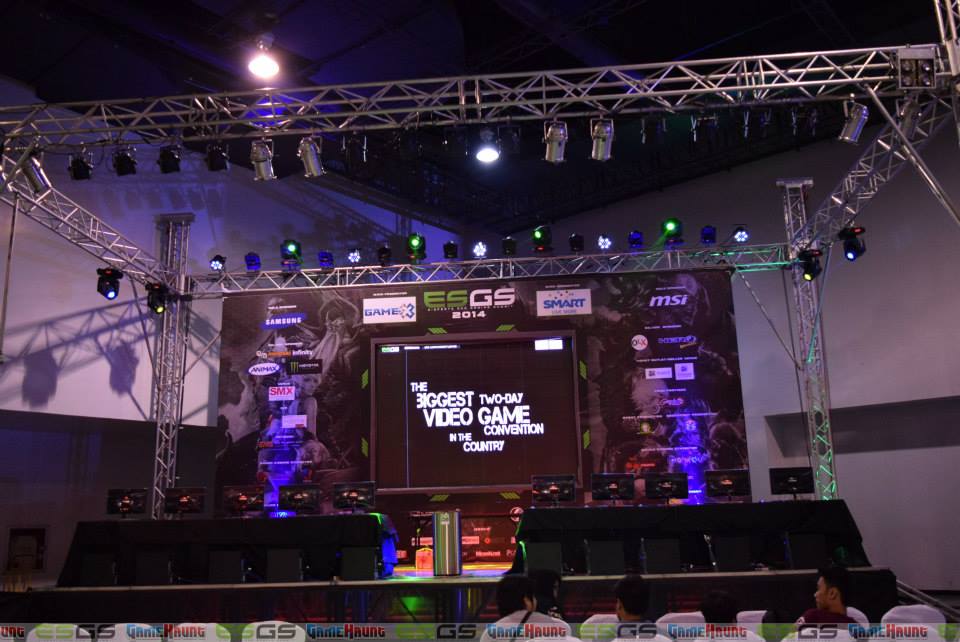 It has been a while since I made my way to attend gaming and cosplay events, but I must say that my visit to one of the country’s major gaming events of the year has been a wonderful experience, to say the least. The ESGS 2014 has been a fun and exciting event. Gamers from all over the country gathered for this two-day E-Sports competition and video game convention. In this article, we’ll have a recap of all the activities in the ESGS 2014.

Event Made Possible by GAMEX

GameX, the online gaming portal from the Philippines’ leading wireless service provider Smart Communications, Inc., was the main presenter of the country’s biggest gathering of game enthusiasts, developers, and gamers. The first staging of the eSports and Gaming Summit was held in Pasay City, at the SMX Convention Center, last November 15 to 16.

The two-day event, dubbed as ESGS 2014, was open to all comers, and saw hotly-contested, simultaneous competitions in various games such as DOTA 2, Ultra Street Fighter IV, Dragon Nest, Point Blank, StarCraft Strife, League of Legends, HeadStone, and Tekken Tag 2, among others.  Participants played for a chunk of the total prize pool amounting to more than PhP200,000. 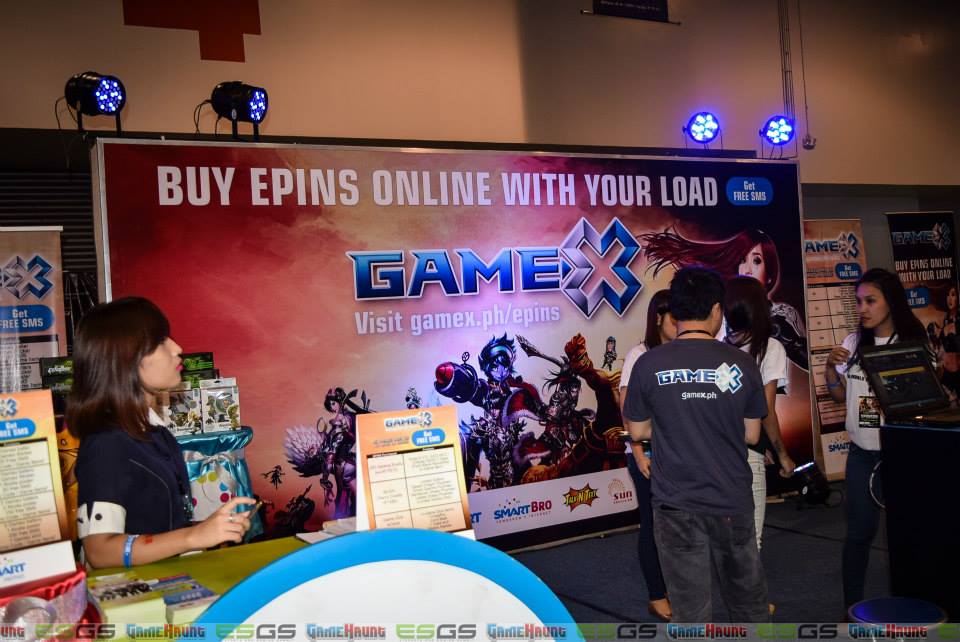 In addition, the GameX-backstopped event featured exhibits by top game publishers, the newest gaming gear and gadgets in the market, a Rig Modding competition, an open-floor Cosplay contest, and a preview of soon-to-be-launched games from Filipino gamers.

According to ESGS 2014 organizing committee head Jobert Yu, the event was indeed historic as it showcased the great talent of Filipinos in this genre, as well as the country’s very active eSports scene. And for the first time, game publishers, developers, and eSports players had the once in a lifetime opportunity to interact and learn from one another in one big stage.

Living up to its billing as a leading eSports advocate and the top gaming portal in the country, GameX introduced the first batch of GameX Girls, a select group of 4 gamer girls who are each hoping to be groomed as the brand’s next social media ambassador.

ESGS 2014 was indeed a great way to promote the country as a possible venue for big eSports competitions and events in the future – of course, with the support of the Filipino gaming fans and GameX. 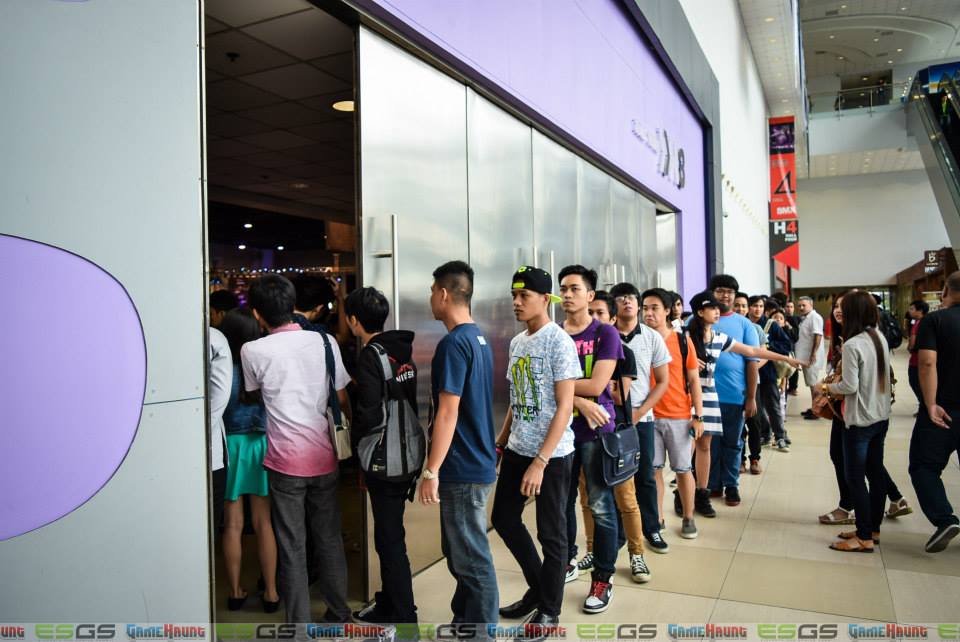 Simply put, there was not a single boring moment at the event. Visitors had a grand time watching the various events playing simultaneously. The sponsors’ booths, even the smaller ones, were also quite busy with guests who were graciously accommodated and went home with premium items to boot.

The busiest area, however, was where the real action was – the PC area, where you could find a variety of DOTA2, CrossFire, and Hearthstone players in heated combat, and doing what they do best. Fans had a difficult time deciding on which tournament to follow, as competitions in the different eSports disciplines were held at the same time. 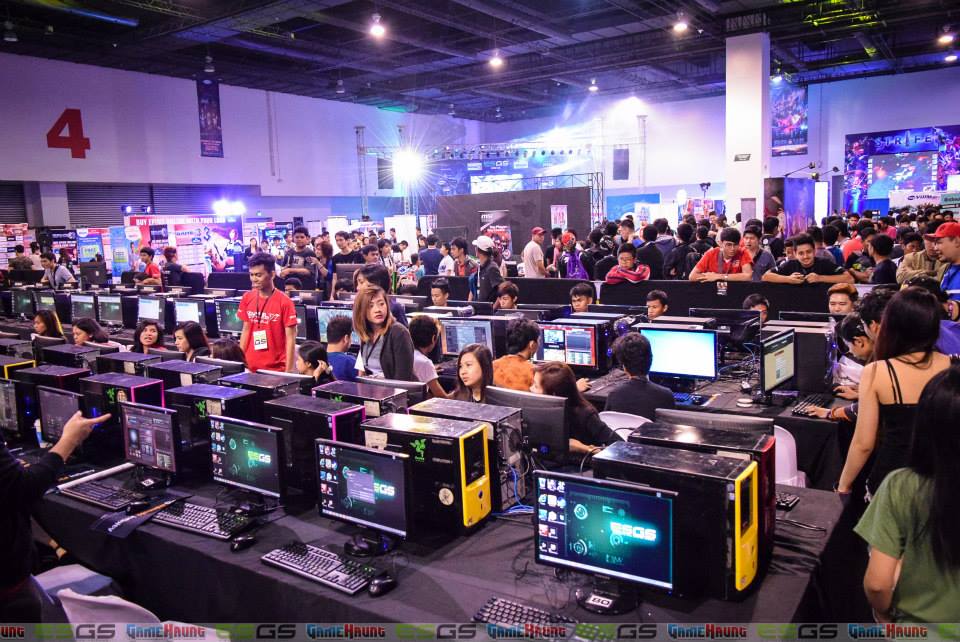 Adding more to the somewhat chaotic excitement were the different events going on in the other stages. Among them was Cubizone’s dance contest to promote Music Man as well as the games published by Asiasoft featuring the newest MOBA in the country – Strife. Thus, you can hear “shoutcasters” coming from all directions – inviting spectators and giving a running commentary on the various arenas they are covering.

Some people commented that the event would have been more organized had the various tournaments and contests been scheduled at different times.  However, two days may not have been enough to stage all the events in store.  Besides, everyone who attended the events, participants and guests, alike, had a grand time. 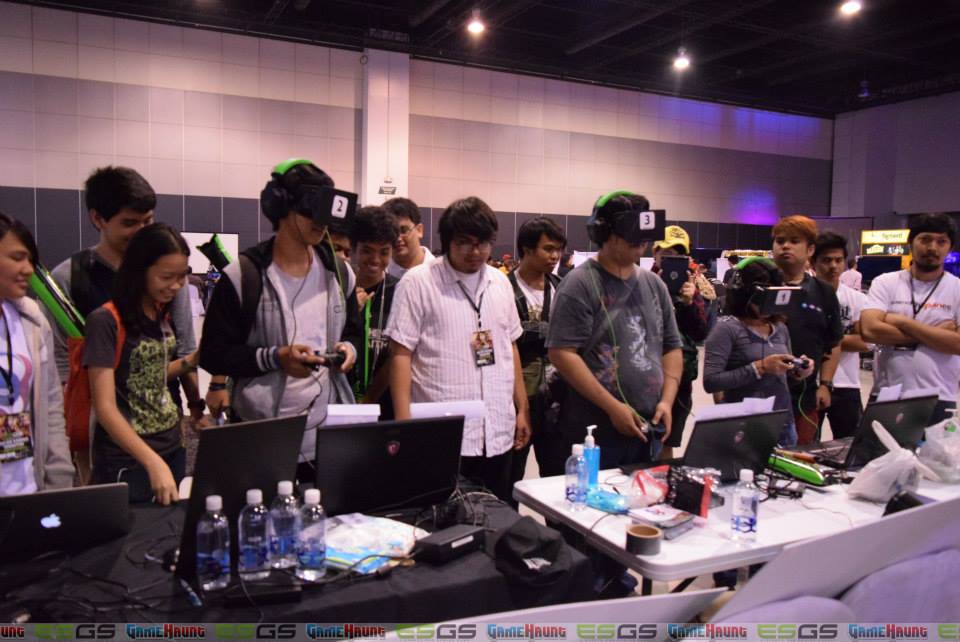 The champion for the cosplay competition was Ashley Misaki. She won quite a bucketful of prizes that include razer earphones, heavy trophy, cash and a big plaque. The ESGS 2014 was a memorable event and there were many tournaments for various games.

In the ESGS 2014, a record number of fans and gamers enjoyed watching live games from the large screens and I could hear the loud cheers of the spectators while excitedly waiting who among the teams of gamers will be named as champions. 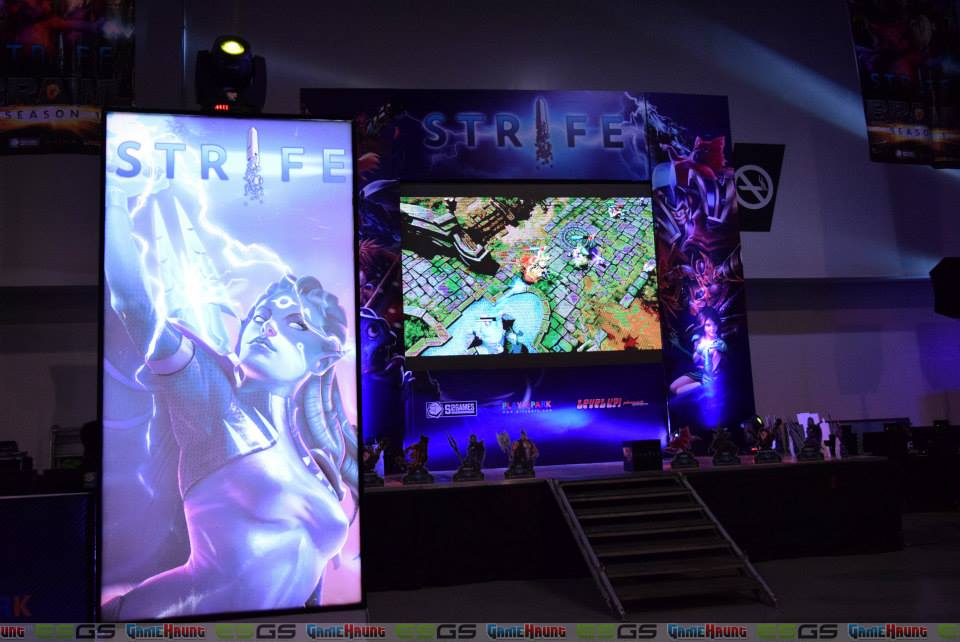 In the ESGS 2014, a group of gamers from Cebu known as Arcanys won 1st place in the MPGL DOTA 2 Tournament and they received 35,000Php.

In the ESGS 2014, we also got the chance to see the popular cosplay queen Alodia Gosiengfiao. Alodia is indeed an avid fan of video games, and she is one of the girls who will represent the Smart GameX brand. 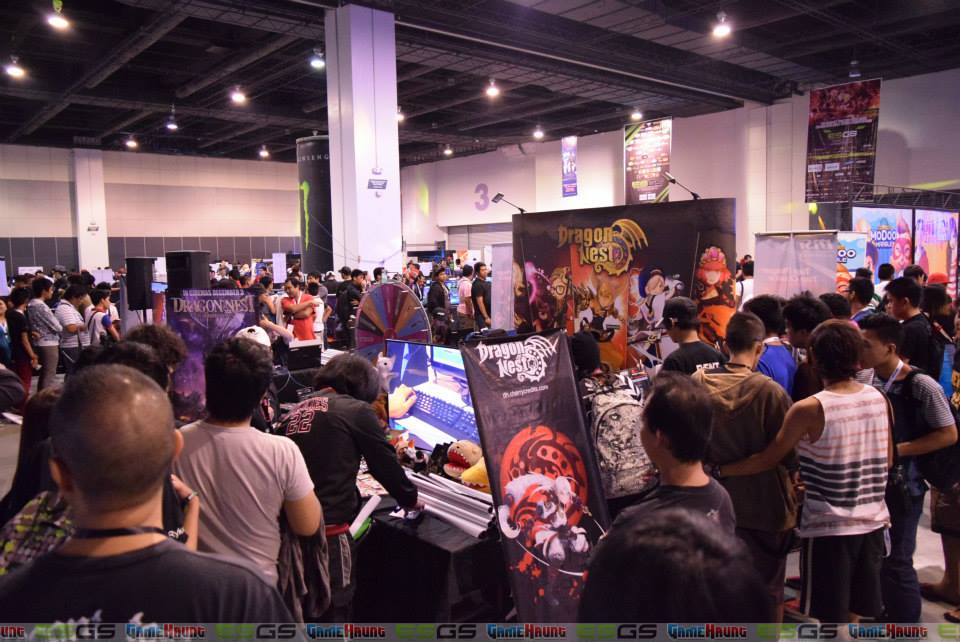 Joining Hands for a Worthy Cause

It is also worth mentioning that we have partnered up with Sony to launch and extend our fund raising campaign for a noble cause. Called Extra Life, it is a humble initiative that aims to help sick kids in hospital beds. The fund raising drive was started on October 25, 2014 with the mission of raising money to help pay for the medical and hospitalization expenses of these sick children.. 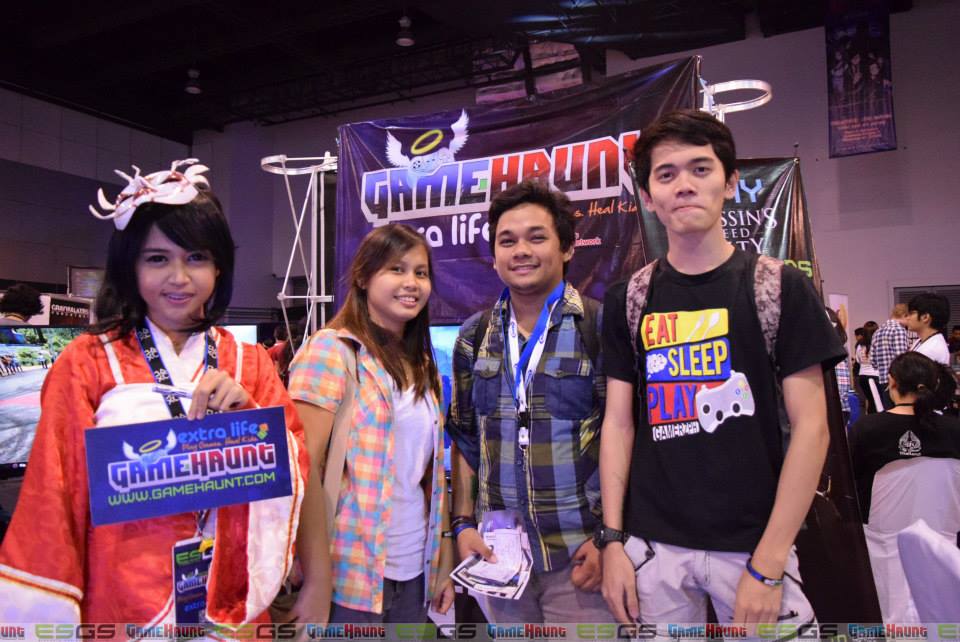 Any person who would like to participate in the Extra Life fund raising campaign can do so by playing a 24-hour video game marathon. Whether you are donating, livestreaming or playing, you can be of great help to these kids by simply playing video games.

Overall, Electronic Sports and Gaming Summit or the ESGS 2014 is a Philippines Gaming Event trademark that we should we watch for in the years ahead.