Quantum break is a third-person, action-adventure, sci-fi, shooter video game developed by Remedy and published by Microsoft Studios. This game lets the players play the role and follow the adventure of the protagonist, Jack Joyce.

Joyce returns to his hometown, Riverport, where a time travel experiment by his best friend, Paul Serene, and his genius brother, William Joyce, goes wrong. The activated time machine creates an explosion, giving both Joyce and Serene super powers to control time. The explosion also creates “The Fracture” that freezes everything without a time-travelling ability and a “stutter” that sets things in an automatic loop of stop, rewind, and replay. And, if Will is correct, it will even permanently stop time. Now it’s up to Jack to travel through time and save the world from oblivion. 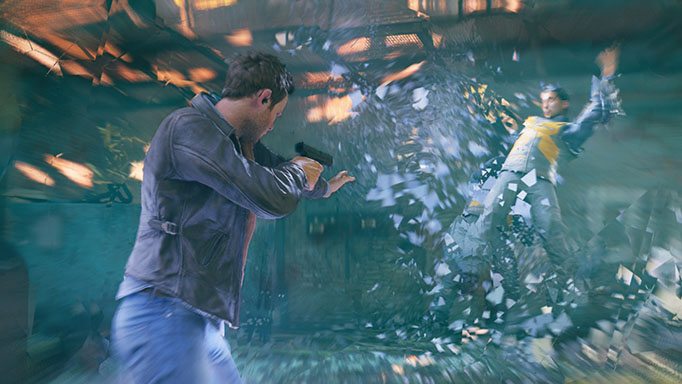 Quantum Break creates a lifelike digitalization of the characters in the video game, making it almost astonishing to find their human counterpart critically similar in live-action episodes. The time freeze elements create an astonishing picture that makes the environment look like a 3D museum installation where bullets shoot through the air. Delivered with a high-quality video rendering of 1080p, Quantum Break requires heavy bandwidth when streaming live-action episodes. When relying on a home-based wireless connection, buffering in the middle of the episode may cause disruptions to the gameplay and maybe even irritation to the player.

With regards to sounds, Quantum Break’s is excellent. The sounds are perfectly lip-synched to the video, with undeniably great sound effects to complete the visual effects that make the video game sci-fi. Furthermore, the soundtracks and the scoring to match the dynamics of the game are solid. 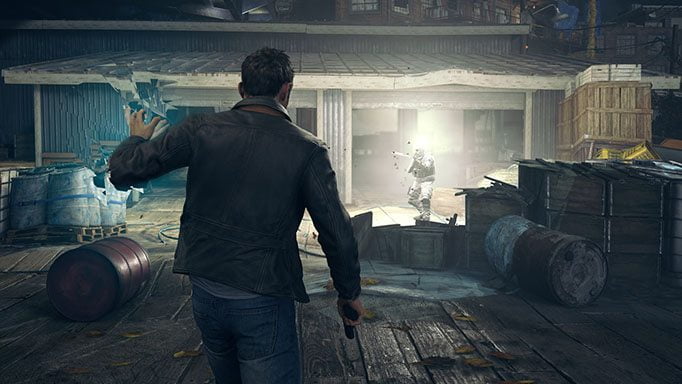 Players of Quantum Break play as Jack Joyce and are given the abilities to control time through exposure to Chronon Radiation from the explosion of Paul Serene’s time travel machine. Serene’s higher amount of exposure to the said radiation gives him the ability to look into the future and learn the consequences of his choices. With a variety of firearms to choose from, Joyce engages in a large amount of gunplay as he goes through his hometown and tries to save the world from “The End of Time.”

The gameplay is divided into 5 different acts wherein players act as Jack Joyce but will also make choices and play as Paul Serene at the end of every act. These choices, known as the “junction points,” will affect the flow of the game and the episodes of the TV show that open the last for acts.

Remedy is known for developing video games that have extensive details and a great script and Quantum Break didn’t disappoint. It even has non-shooting segments that include puzzles, picking up clues, and the like.

However, the change in Joyce’s character from a normal, unassuming person to a superhero with time-travelling abilities and intense shoot-outs escalated too quickly. And with the same difficulty all throughout, it makes the game repetitive and leaves the rest of the game little to no challenge. The options in junction points give the players limited decision choices — it makes the juncture a lot less like decision-making and more like giving suggestions. 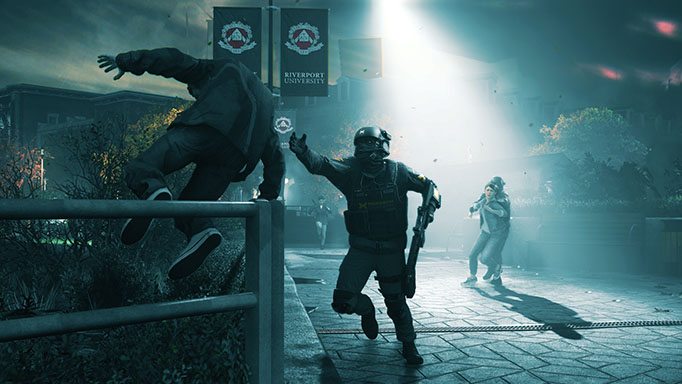 Being a sci-fi shooting game, Quantum Break makes use of unique and original super powers and abilities that give the game a refreshing look. 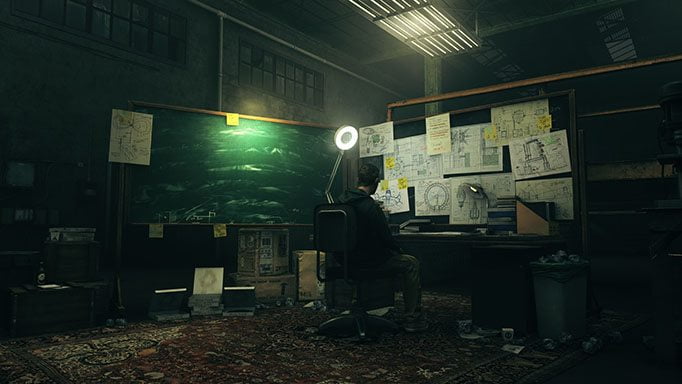 Remedy’s focus remains on the storyline and narrative — something that is obvious within the first few minutes. Quantum Break makes use of a well-written script that sucks you right into the adventure and the complex dynamics of the story. The junction point at the beginning of every act makes the players feel like it has an interactive storyline. These choices change how the episodes would go and make subtle changes on the details of the video game — but would all eventually lead to the same conclusion.

The only flaw is that the narrative doesn’t extensively explore the possible ways that the story can take. And compared to the entire length of the action segments, the narratives and storytelling are extensive. With a level of difficulty that is almost exactly the same throughout the game and the time travel abilities all showcased at the very beginning of the game, it leaves little to no anticipation in the end.

Overall, Quantum Break is an interesting innovation in the field of transmedia platforms. There are a lot of ideas put into the development of this game and although a few aspects could have been better, Quantum Break is no doubt a successful merging of narrative storytelling and gunplay. But with the number of emails, documents, and clues to read and the long narratives, it cannot be recommended to everyone.