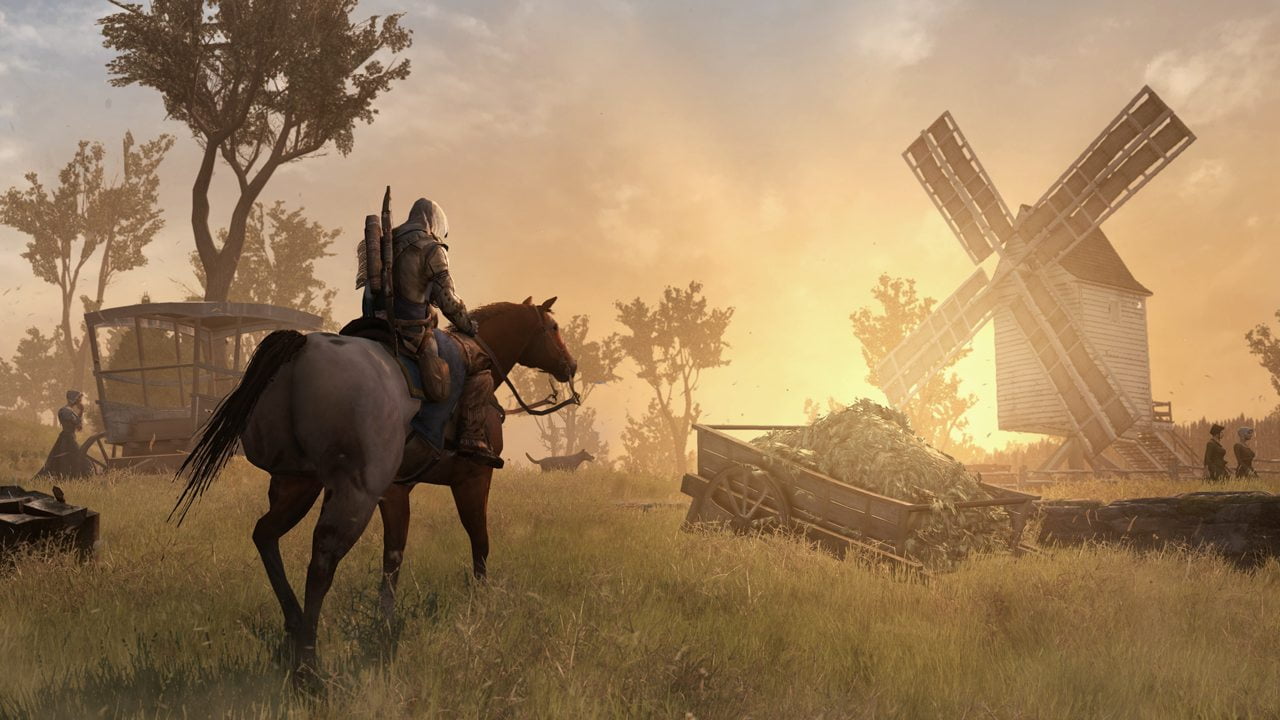 “Assassin’s Creed III is Ubisoft’s biggest launch ever and the most ambitious game in our history. Today, we delivered on the vision the team had three years ago thanks to the tremendous talent and hard work of the many Ubisoft studios involved,” said Yves Guillemot, Chief Executive Officer, Ubisoft. “They have refined the core tenets of the franchise while also implementing brand new experiences, such as naval combat, that will captivate returning fans and newcomers to the Assassin’s Creed universe.”

Assassin’s Creed III will be available on Wii U™ from Nintendo as a launch title on November 30 and on Windows PC November 23.

The latest offerings from the Assassin’s Creed universe give gamers two different ways to experience the games and 18th century America. Assassin’s Creed III (Xbox 360, PlayStation 3, Wii U, Windows PC), the first game to take advantage of the new Ubisoft-AnvilNext game engine, is set against the backdrop of the American Revolution in the late 18th century and introduces a new hero, Ratonhnhaké:ton, of Native American and English heritage. Adopting the name Connor, he becomes the new voice for justice in the ancient war between the Assassins and Templars. Gamers become an Assassin in the war for liberty against ruthless tyranny in the most stylized and fluid combat experiences in the franchise to date. Assassin’s Creed III features unprecedented scope and scale. Additionally, PlayStation 3 owners will enjoy four exclusive missions related to Benedict Arnold.

In Assassin’s Creed III Liberation (PlayStation Vita system), gamers play as the series’ first female protagonist, Aveline. A woman of conviction, Aveline is fighting for freedom in 18th-century New Orleans – a city on the brink of a rebellion as the Spanish Empire imposes its new rule. PlayStation® fans who pick up both Assassin’s Creed III Liberation for the PS Vita system and Assassin’s Creed III for the PS3 will receive exclusive content, including a mission where gamers play as Connor, an in-game version of Connor’s tomahawk, an exclusive character skin, a multiplayer character and a complete upgrade of all ammunition pouches.

Ubisoft has also announced the Assassin’s Creed III Season Pass, featuring “The Tyranny of King Washington,” an all-new single-player campaign told through three episodic content packs that lets gamers experience an alternate history of the events following the American Revolution. In addition to this all-new single player experience, Assassin’s Creed III downloadable content will feature new maps and characters for an even more expansive multiplayer experience as well as other single-player missions.

All Assassin’s Creed III Downloadable Content will also be available for Wii U™.