It has been over a decade that the first version of this popular franchisee Ghost Recon came into the market and took it by storm. The second version has come with added graphics and enhanced technology that would make the gamers go gaga over it. This is a game to play along with your friends and unlike most other games you would feel a sense of unity and connectivity. It gives you a sense of freedom to go out there and express yourself. This is a team game and you have to back each other to get over the line. You need to go from one mission to another and face the challenges that come in the way.

The game has a very exciting storyline that will keep you hooked to it at every step. It is set on one of the biggest open worlds you get to see in a game.  Santa Blanca is a huge drug cartel which has the influence of the police and the government. Bolivia, a huge strong hold has been captured by this gang of drug mafias who are trying to wreck havoc and panic in the state. The country has been transformed to one who is reeling under the influence of drugs and narcotics. They have entrusted their agents to circulate huge dozes of cocaine across the country to infiltrate young minds and end the future for thousands of citizens.  This is when you, as a player come into the picture. You are a part of the special forces known as the Ghosts who have been entrusted with the responsibility of ending the reign of these drug lords and bring back peace and good governance in the state without the effects of drugs and narcotics. 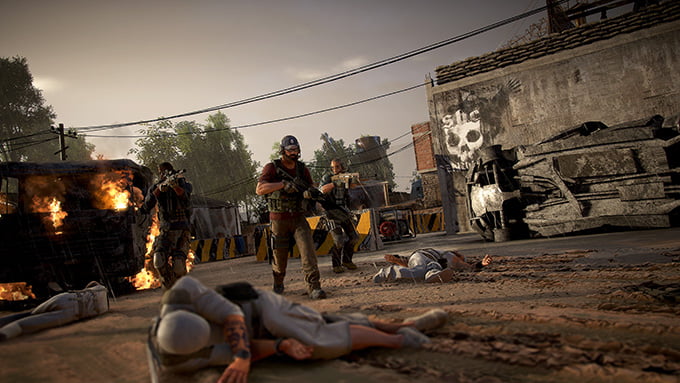 Some of the moments get very raw and brutal and in your face kind of thing which only enhances the whole gaming experience. It may not be the most intriguing of stories but has certain elements to keep your hands on the console for long durations. There are 26 provinces that you would need to explore in order to end the surge of the oppressors. Every province has a member of the cartel who is in charge of the operations of that particular province.  You will win points on killing the Santa Blanca members and more points in encountering the heads of states.  You will then get a shot to kill the head of the cartel so it is not just about finding the cartel member and going about killing him. There are additional missions which help you increase the arms and ammunitions in your kitty. Your skills in shooting and tracking down the opposite number also keep increasing with every such exercise.  These missions can range from stealing helicopters to enhance your ammo and also helping the rebels to take down a group of narcotics suppliers.  Sometimes you may get lucky to stumble upon some great quality guns while running through a dense forest. 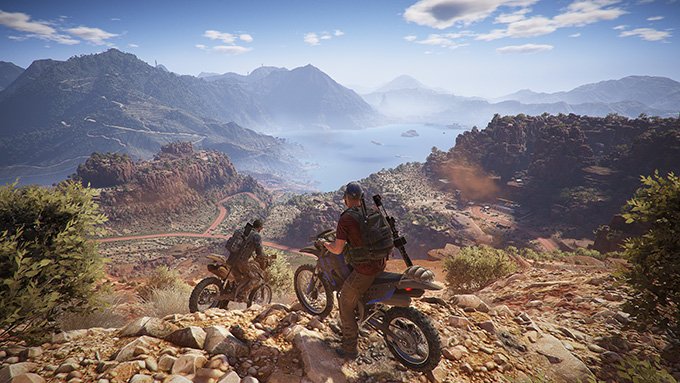 Wildlands gives you a wide range of combat options thereby enhancing the quality of gameplay.  You have a drone and a pair of binoculars which you can use to track an area and understand and strategize how you would like to approach from all corners. These factors on the whole enrich the gaming experience and enhance the wow factor.  It has customized great sound effect which gets you more involved in the scheme of things. When you are moving in a combat it is best to regroup especially if the attackers are zeroing in from two to three places. There is player freedom in deciding how they would like to progress through to the next stages.  The visuals created depicting the landscapes paint a real life effect. The voices that have been programmed give a good enough impact and the dialogues are on a certain level serious to get your adrenalin flowing. You would only get one radio station but it may be because of the fact that Bolivia boasts of only one radio station. The words of El Sueno give the feeling that he is really the cartel boss who is demanding everything to be in order. They make his team members believe that the drugs operation that they are entailing is for a good cause. 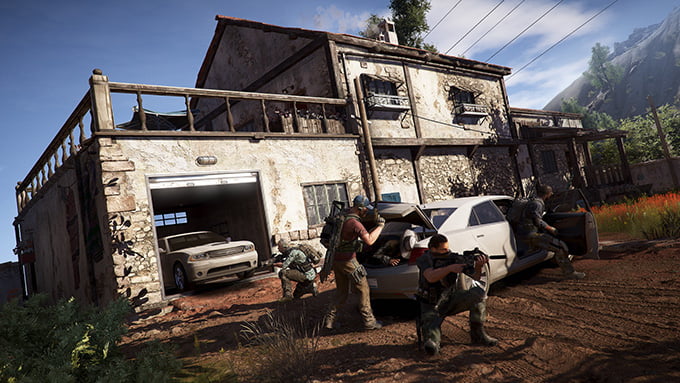 Customization forms a big part of this game. You can alter between assault rifles, sub machine guns, shot guns, sniper rifles, hand guns etc. Thus the game provides the gamer with enough options to pick and change and strategize the next move keeping it mind the kind of equipment he is carrying.  The weather conditions and thunderbolts are absolutely stunning and you need to combat keeping in mind the weather conditions as well.  One of the high points of this game is that it has the option of “Replay” i.e. you can replay those story missions which you have already completed and earn more XP points in the process.  This is one of the best co-op or better to say multi-player games that you would have come across. Tag along three of your buddies and have a good time strategizing your mission and combating your opponents. Communicating with your friends while you are in crucial moments turns out to be the key in turning your plans to successful ones. 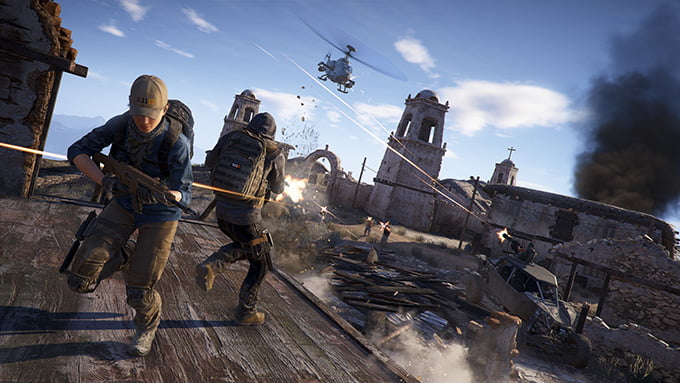 As a whole, Tom Clancy’s Ghost Recon: Wildlands is a great production. They have managed to put the bits and pieces together in the right way to give you an enriching experience. It has been innovative in the sense that it has come a long way from its previous version and has produced an updated product.  But it is surely a thrilling roller coaster ride when you are in this world. It does not use the age old formulae found in other popular games of this genre.  The thrilling storyline alongside the perfect visual and sound effects complete the collage and you get on a adrenalin rush and fun-filled experience. Those of who who have still not tasted this one, you would surely like to order one soon to be in action! 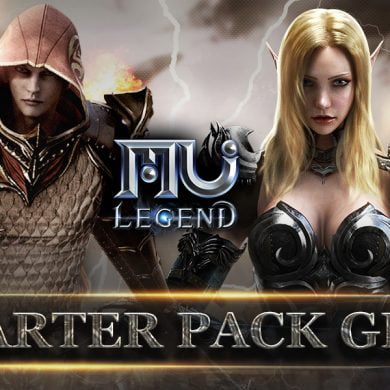