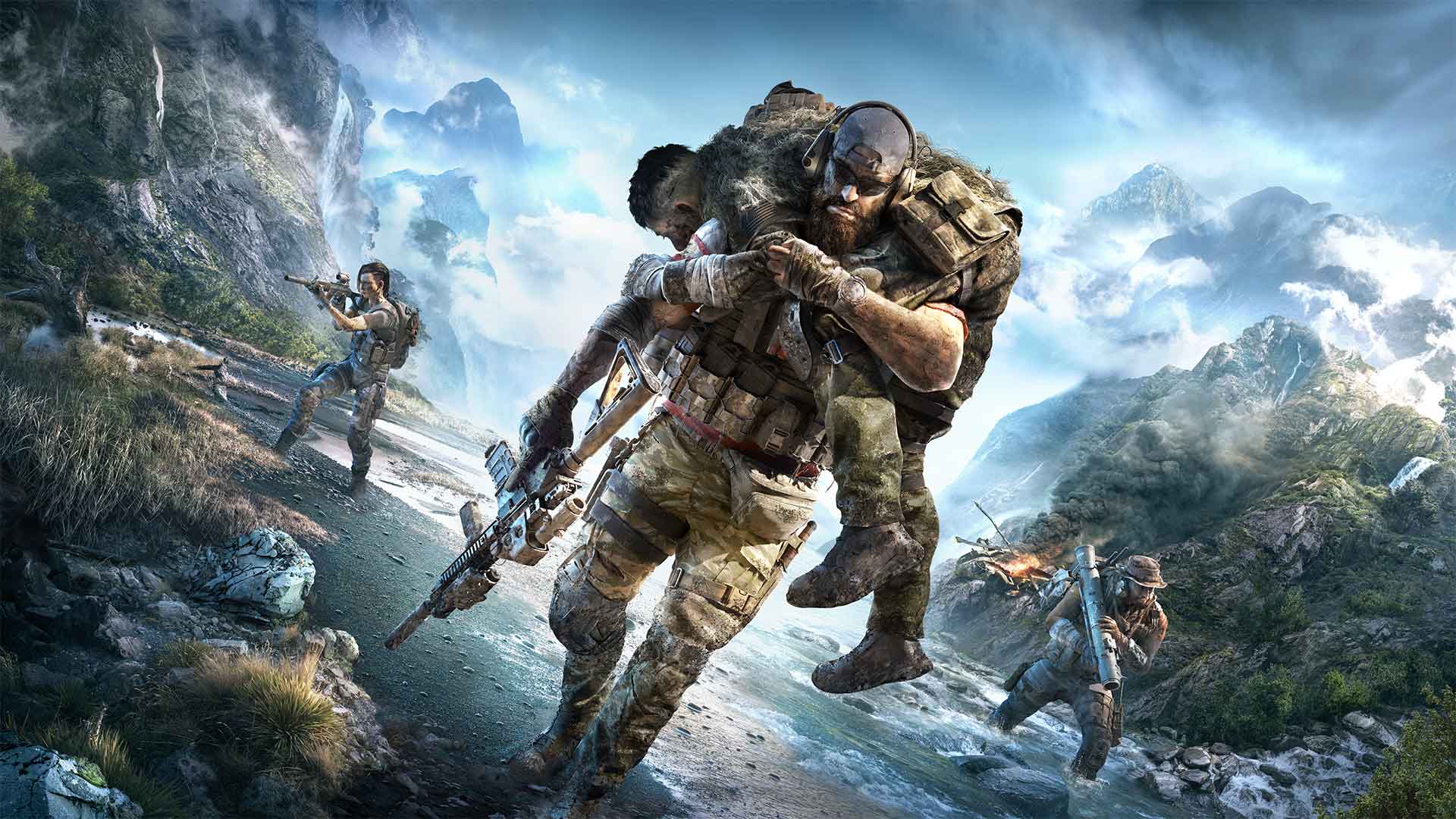 It’s a treat to review Tom Clancy’s Ghost Recon Breakpoint. It’s exciting, it’s fun and it’s weirdly addictive too. The series of this tactical shooter game of Tom Clancy is fascinating the gamers since 2001. This best open-world military shooter game is a game from Ubisoft and this time its Ghost Recon franchise. This game is the predecessor of the 2017’s Wildlife added with John Bernthal (technically).

But in this game, you will get different RPG elements like loot and a trail of skill –tree added with upgraded beauty on the fieldcraft and survival. This improves this open-world experience and is frighteningly realistic though it may at times suck at the competitive autumn for shooters.

Filled with autonomous weapons drones that change the view of the combat, Breakpoint is an amalgamation of the house-style of Ubisoft with a full complement of four players in co-op.

This game is now available all around the world and just like its predecessors, it is available on PC, PS4 and Xbox One. You will get this game in a wide range of choices ranging from the standard edition of £49.99/$49.94 to the Ultimate eye-watering edition £129.99/$129.99 which comes along with a figurine as well.

Tom Clancy’s Ghost Recon Breakpoint follows the storyline of Tom Clancy’s Ghost Recon Wildlands launched two years’ day. If you are someone who is starting with the game- this game is centered a fictional US Army Special Forces Unit and the members are referred to are called “ghosts”. Carrying a legacy of more than 20 years this is the 12th edition of the franchise.

So, the story of Ghost Recon Breakpoint centers around an imaginative island in South Pacific Island of Aurora, the headquarters of Skell Technology and the home of some of the most incredible and varied landscapes. Aurora is a sprawling, make-believe island in the Pacific Ocean

Skell technology a corporation that runs with the mission to eliminate food and to solve world hunger through the advanced A.I along with autonomous drones but there is something that is not right on the island and to figure it out your team of “Ghosts” try to investigate and they are being shot down by a fleet of vicious drones.

You play the character of Lieutenant Colonel Anthony “Nomad” Perryman, a spec ops soldier who survived through the initial attack and somehow crash lands on the island. You are tough as a nail, highly skilled and tactically shrewd. But the main concern is your enemy. There is also a group of Ghosts known as “The Wolves”. They have taken full control over Aurora and are reprogramming the innocent drones into deadly killing machines.

Cole D. Walker is the charlatan that is leading the Wolves. Jon Bernthal voices this character and many will be able to recognize from his roles in Fury and The Punisher, The Walking Dead.

During our playthrough, we have noticed a significant step towards the gorgeous lighting that makes the visual much more prominent and the interiors are designed with each detailed worked through that made it look seamless. Everything from the factory equipment to the scientific equipment has been enhanced.

The visuals and the sound design of Tom Clancy’s Ghost Recon Breakpoint are indeed impressive but not to mention they are a bit glitchy in their ways.

There are many games involving military warfare and action sequences, but I felt this game different from the other games due to the quality of graphics, the use of soundtracks and exciting plot for gaming.

All these three factors are blended very wonderfully by the game developer while making this game. All these factors namely graphics, sound and plot are equally important and if any one of them is missing or misleading, the entire game becomes boring for the player.

Some games use high-level graphics which sometimes irritates eyes due to overexposure and people cannot play those games for more time. This was not the experience with this game. The graphics were mild and not irritating to the eyes.

Also, the soundtracks like background music, certain sounds of firing and many more are very monotonous in other games, while these soundtracks were soft and up to the requirement in this game.

The plot of the entire game is also exciting. The player gets challenges on each stage while playing. Generally, plots of the game are not properly made or neglected by the developers, but certain people in the world prefer to play the games with a good plot.

The controls used in these games are very easy and adaptable for even new player which makes the person more comfortable in understanding the game and playing it properly. Controls are like the heart of every game addict. If the controls are easy and flexible for the player then the game becomes popular so easily.

This factor is very minutely studied by the developer while developing this game and as a result of it; the game has become so exciting. There are many visual effects incorporated in the game on many instances which makes the game more exciting and more entertaining.

I have played many battle based games or warfare games on different media till now, but this was the most exciting and most entertaining game played by me till the date. While playing this game, the person gets so involved in the game that he loses his touch with reality and adopts himself with the virtual world of gaming. Every game developer or gaming company wants its customers to get this effect of the game, but very few of them can provide it. This game is one of those exciting games which can make anybody just mad behind it. Indeed it’s a must play in 2019.

Tom Clancy’s Ghost Recon Breakpoint Review
Conclusion
This game is one of those exciting games which can make anybody just mad behind it. Indeed it’s a must play in 2019.
Positive
Negative
4
GAMEHAUNT SCORE
Where to Buy
Epic Games