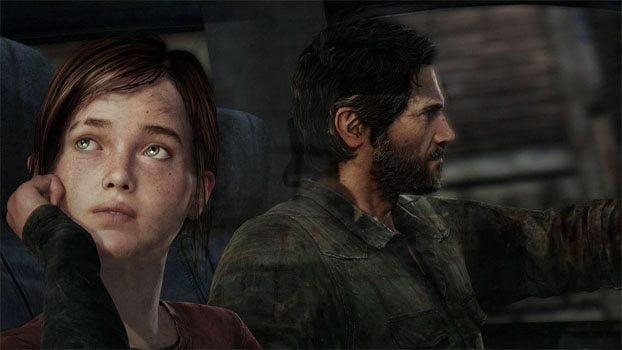 The Last of Us

The Last of Us takes place 20 years after the Cordyceps infection destroys a huge part of the world’s population. One of the main protagonists, Joel experienced hell in that event and spent years living and smuggling in a military protected quarantine zone at Boston. He used to work with Tess and while on a smuggling operation, they met Ellie, a fourteen year old girl together with Marlene who used to be the leader of the Fireflies and a survivor of the outbreak. The Fireflies is a group that seeks to find a cure for the infection and Joel was tasked to take Ellie in the west in exchange for guns.

Basically, The Last of Us is close to a survival horror game that uses stealth as a key. Careless executions with the enemies won’t keep you alive as the game will make you feel that you are susceptible. Crafting plays a very important role in the game as it will help you with the survivability. You’ll have a very limited room for crafting materials and just a few slots for craftable items. Preparations are vital especially if you have unexpected encounters with the infected as crafting takes time compared to as to what these infected can do. In addition to that, Joel is able to sense or hear movements in a certain range letting him track enemies through walls or covers.

There are certain types of enemies that you need to be aware of and it is very essential to weigh them off in every situation. The infected comes in a Runner form and Clicker form wherein the Runners are those infected that are freshly turned zombies and still have an active sight. Clickers are more of an aggressive point of the infection in which they are more resistant to melee attacks and can kill you instantly in a close combat scenario. Though threats are not limited to these infected as you will also have several human encounters and some of them of course possess guns. These humans are also capable of surrounding Joel if you tend to stay in a specific place. Combat executions and scenes are quite brutal especially when engaged with the infected.

The Last of Us Part 2 – An Absolute Masterpiece

Ellie will be your long-term AI companion and I can consider that she’s one of the best. Story-wise, she’s just too good for this adventure and the feeling that she’s all set for all the zombie encounters. There are very minimal dead air conversations all throughout the game. They just keep on chatting and you would really feel the relationship that grows between these protagonists. Along the journey you’ll also meet other characters that will eventually join the company. The AI of these companions is good as they can also cover themselves as needed and act well on every situation.

Overall, The Last of Us showcases a brutal combat and violence filled with a strongly carried out story. One would really feel the attachment to the characters and to their goals through the journey. As we all know Naughty Dogs are one of the best when it comes to cutscenes and it never failed to amaze me in The Last of Us. The plot of the story was well written and I never expected this for such genre. Definitely in the running for GameHaunt’s Game of the Year 2013.