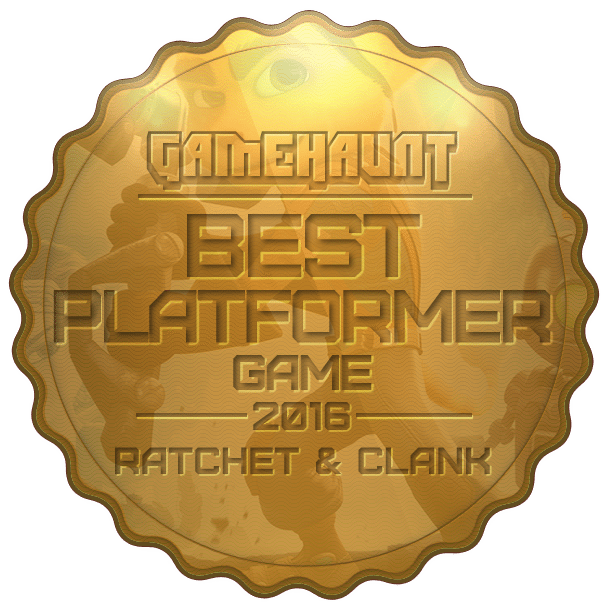 Ratchet and Clank is one of the most charming and captivating games today. It is a series of action-oriented video games that have an entertaining science fiction theme. It was developed and created by Insomniac Games and published by Sony Computers Entertainment for various PlayStation consoles such as PlayStation 3, PlayStation 2, PlayStation 4, and the PlayStation Portable.

Ratchet and Clank is so popular that there’s an upcoming movie that’s based on the first game and featuring big stars including Sylvester Stallone.

This highly entertaining and addictive game has a great story. It follows the story of Ratchet, a Lombax. He was born in Polaris Galaxy but he was later sent to Planet Veldin by his father to protect him from the evil Emperor Tachyon. While growing up in Veldin, Ratchet dreamt of travelling to different worlds. Because of this, he built a ship. After completing his ship, he met a fugitive robot named Clank in a crash site. Clank encouraged Ratchet to fulfill his dreams of travelling to different worlds. Ratchet vowed to help Clank in defeating an alien race leader named Chairman Drek. Clank served as the ignition system for Ratchet’s ship and the two began to travel across different worlds in the quest for a planet ranger named Captain Qwark. Clank believes that only Captain Qwark can defeat Chairman Drek. 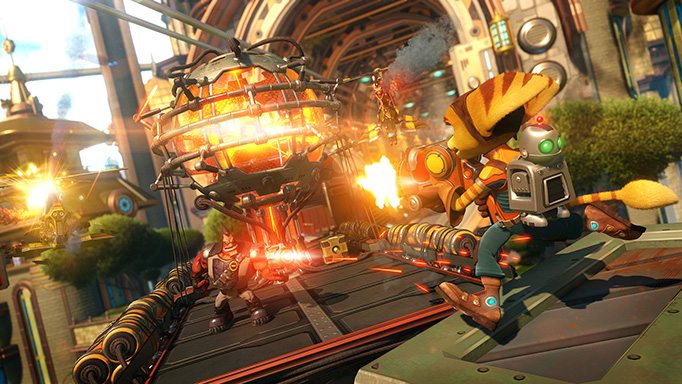 The charming Captain Qwark trains Ratchet to become a hero. However, it was revealed later on that Captain Qwark actually works for Chairman Drek. Ratchet has always had doubts about Captain Quark and so he blames Clank for being naïve and too trusting. Clank and Ratchet had a fight, but in spite of their differences, they continue to work together to defeat Blarg. After winning against the evil forces of Chairman Drek, Ratchet and Clank went home together and tried to repair their broken friendship.

Ratchet and Clank has a generic “hero” and “good vs. evil” story lines, but it’s surprisingly refreshing and entertaining. It is a story of cpurage, friendship, trust, dreams, and persistence. This game has a Pixar-like storyline so it is no wonder that it already has an upcoming film adaptation.

The game is known for its visual surprises and good humor. It is filled with oversized weapons, robots, and surprisingly delightful cartoon violence. The characters are well-sketched and the visuals are just fantastic and original that you’d feel like you are transported to a different world. It has bright and colorful visuals that will truly amaze you. When you play this game, you’ll feel like you are watching a big budget and box office-breaking Pixar film. 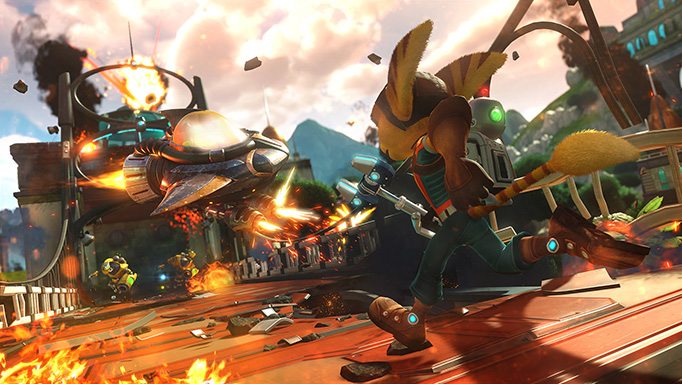 This game is easier to play so it’s perfect for both children and adults. It also involves different types of oversized guns that you’ll love. When you play this game, you’ll get to use normal weapons such as:

You’ll also get to use gold weapons such as:

There are also a number of Going Commando weapons which include Ryno II, Bouncer, Sheepinator, Bomb Glove, Giant Clank, and Visibomb. These guns are oversized and—like other weapons in the game—fun to use. You can upgrade to powerful weapons at some point of the game. Each weapon also has a modifier grid that gives you aids like increased width. 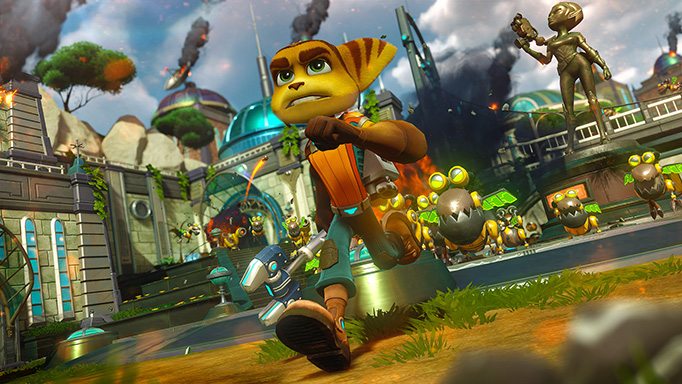 Although the story of this game is a bit generic, the gameplay is refreshingly original and focuses on fun. So, if you just want to de-stress at the end of a long day, this is an ideal game for you. Playing the game will make you feel like you are transported to a different universe.

The sounds of Ratchet and Clank add realism to the overall experience of the gamer. You can hear “real” explosions and gun sounds. The overall sound is not perfect, but it nonetheless add depth to the game.

Years ago, this game attempted to capture the magic formula of Pixar animation in creating interesting characters and colorful worlds. More than 10 years later, the developers of the game finally got it right. This game has that old Pixar vibe, but it is also innovative, too. The gameplay is highly original and the humor is definitely entertaining. Ratchet and Clank has just raised the bar for gaming. 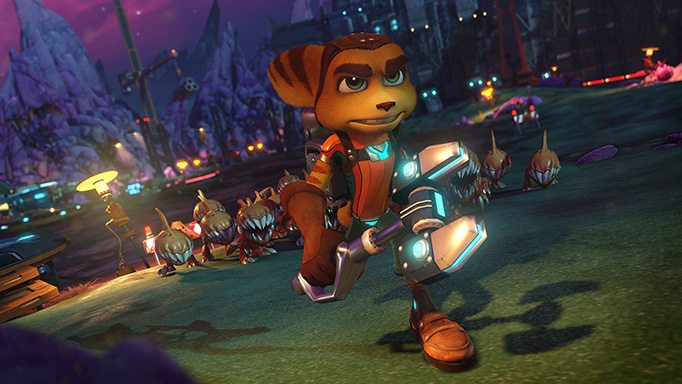 Ratchet and Clank is original and visually appealing. The game is gorgeous and well-thought out. It also has a great storyline that teaches valuable lessons.

The game is pure fun and easy to play, too. You do not have to be an experienced gamer to enjoy this. The gameplay is innovative and you’ll have fun using and upgrading your weapons. Most of all, this game makes good use of humor.

It’s a great way to de-stress and it’s something that both kids and adults will love. So, if you’re looking for a good bonding activity that you and your kids could do together, it’s a great idea to play this game with them.