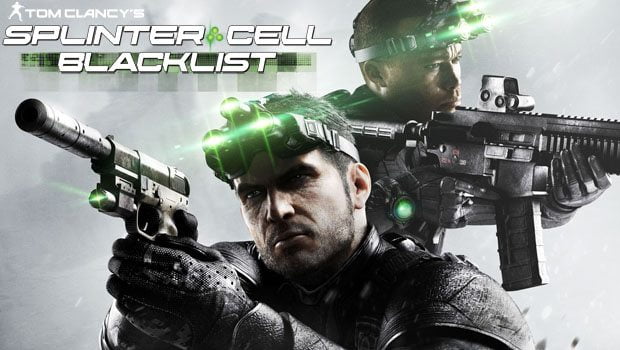 Sam Fisher is now back in the award winning series, Tom Clancy’s Splinter Cell. He is now working for the government of the United States and is leading the special operations unit – Fourth Echelon. Together with Sam, are his team member: Briggs who is a supporting character and a former CIA, Charlie that serves as their main tech specialist, and Grim whose been with Fisher in the previous campaigns. By talking to these supporting characters, Sam will have access to some co-op missions, and they also have different dialogs on every course of the campaign. Their main headquarters named Paladin which is a plane (reminds me of Mass Effect) which makes their unit very mobile. The Paladin equipped with the SMI, or the Strategic Mission Interface lets Fisher choose the best course of action, mission and modes. This headquarters can be upgraded which will come in handy as Sam goes along the campaign. The Fourth Echelon aimed to stop the series of attacks declared by a group called The Engineers that is posing a threat of war in the United States.

Ubisoft Toronto studio did a great job for their first release. The story brought up intensely as I can feel the same urgency that I usually feel when I am watching a thriller movie.

Splinter Cell Blacklist features three different playstyles: The Ghost, Panther and Assault. The Ghost is the stealthy engagements and is more focused on non lethal takedowns where death is very minimal. The Panther is more aggressive, which practices lethal and stealthy kill. The Assault is the playstyle where most of the enemies will see you so expect an open fire encounters. The mentioned play styles will be the basis for the sequence scoring, which rewards some in-game currency for upgrades. I personally enjoyed the Ghost and Panther style and had so much fun and challenge of a stealth game. Of course, the play style will depend on the player and you are free to choose on how you play every scenario. You can even complete the whole campaign without killing an enemy, and that is one of the improvements in the stealth gameplay from the previous Splinter Cell titles.

The Mark and Execute feature initially introduced in the Conviction have seen a lot of improvements. In Blacklist, marked enemies can only be executed if Sam is on a particular range so you must get closer to the marked enemies for a successful execution. Sam Fisher uses his karambit (curved blade) as his main silent-lethal weapon in Blacklist. There are some instances that you need to make certain decisions or choices that may or may not affect the story.

I still love how the Splinter Cell is using the modern time settings. The game scenarios are quite impressive as not all missions are to be played during the night time. There are also some missions during the day where it could affect your stealth strategies. The designs of the locations are also notable as it is to be played in different styles and techniques. It is also nice to see how different aspects of the map and environment can be used for the stealth mechanic like the usage of pipes to hide, rappels and ropes that somehow adds mobility to Fisher. I also can not forget how the laser traps, already seen in Conviction, challenged me in Blacklist.

The Splinter Cell Blacklist campaign is fun doing alone, but we can not deny that it can be more exciting to have played with friends as some missions can be played in coop mode. The Ubisoft Toronto studios did not let the Splinter Cell fans down. They’ve worked out for a better multiplayer modes and of course the return of the Spies vs. Mercenaries mode. Spies vs. Mercenaries are one of the most challenging and fun multiplayer mode in my PS3 experience thus far. A new mode of multiplayer is also available named Blacklist featuring a 4v4 map with more classes. Customized loadouts are also available to use for the multiplayer mode including the armor, weapons, and gadgets.

Overall, Splinter Cell Blacklist is a game worth trying out for the Splinter Cell franchise fans alike. You can play the campaign depending on your play style, which has their own set of rewards. Multiplayer modes have its significance to the game and the franchise.