After the success of Mass effect 3, BioWare finally released the latest addition to the series, Mass Effect: Andromeda. The game is all about finding a new galaxy. This is about the race between Turian, Human, Salarians, Asarians and krogan; it’s about their trip through space to a new place. The conception as it stands is really huge and has so many possibilities when you take into account the journey time: 600 years.

Well, like any other science fiction, this game is all about finding the Andromeda, but it turns out to be a finding of a mysterious, ancient and technologically equipped alien race. It’s more like a movie where you go to a galaxy and fight against an army of an alien race who do not really want you there. This is about finding a place in a whole new galaxy with potential life forms. 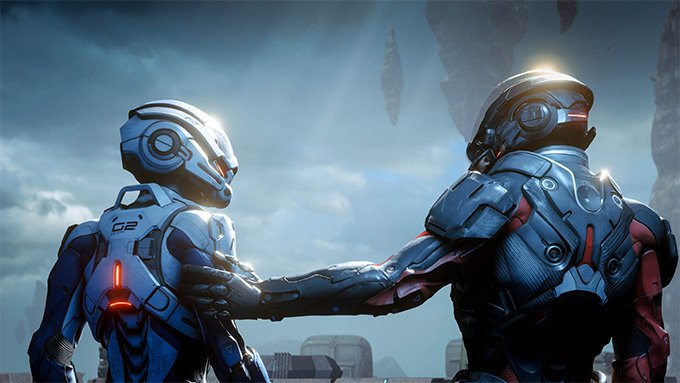 Well, as you start the game, you start as the pathfinder. Your job role is to find a suitable place where one can live and you have just the AI, SAM to help you out in this mission. Well, he does not really interact with you face to face, well; he is some way directly fitted into your brain. The game starts with you being crash-landed in a space anomaly. Well, of course, that wasn’t there when you started your journey, but with the journey time of 600 years, you can surely expect the unexpected. Yes! The things have changed a lot on the planet and you can’t find any suitable place for habitation.

As you land on the planet, you will have every opportunity to get yourself killed by either the Kett or the tech aliens present n the planet. Fair enough? Well, there you go then.

And don’t forget Mr. Sam. Yes the AI invented by your father. Yes! You can’t progress without him. You will need a scanner every time in the game and SAM will be your eye to explain what you are seeing there. Even though after the experience in Geth, AI was banned in the Milky Way, but that’s long back at your home, so don’t worry about that and feel free to use the assistance of SAM at any point of time you need him. That being said, you do not have much choice whether you take his assistance or not! 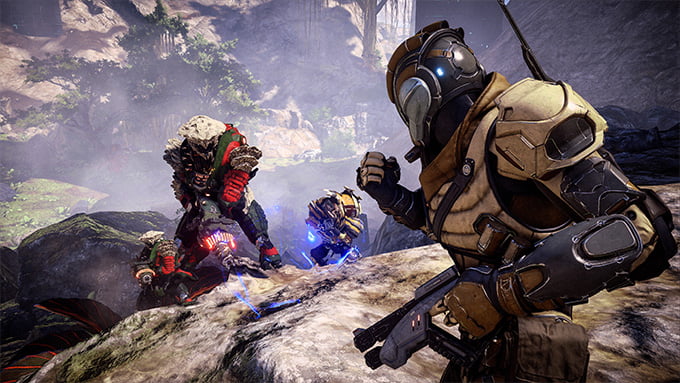 While combating with your enemies, you can use the jump pack to either move backward, forward or in any direction depending on where you want to move. While doing that, you can enjoy the cool animations introduced in the game. Well, in every combat there is something or the other to enjoy.

Another feature that stands out in the game is the multiplayer options. Players as a team can fight against the wave of enemies. You can contact 3 of your friends and launch your attack on the enemy territory, but while killing them, you might need to defend some objects sometime. So, the multiplayer option is not about going all out all the time. Not this time! You need to pay attention to the game all the time.

The addition is not much attractive, but with the combats involved in the multiplayer and the kind of combination, you will witness while playing with other players is just amazing. It’s about the teamwork, where you need to choose the characters such a way that your team does not leave any gap open for the enemies to invade. It’s about the teamwork that can ensure you win at the end. While playing multiplayer games it is important to remember your part of work and cover your friends at times. 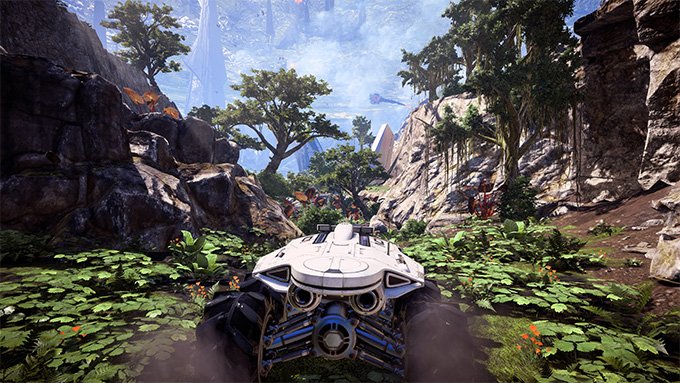 As a highly popular game, Mass Effect is expected to do better with the visuals in every sense of the word and they have really reached the mark with the graphical interface for sure. The visual effects as we say involves a lot of face to face interaction in this game; Hours of conversation actually. This makes the work of the developers much more difficult to put the right animation at the right place and to maintain the quality. The facial conversations have been simplified and the developers have looked into the visual effects of the surroundings a lot more in this game.

If you have a high-end PC with good graphics support, you can surely enjoy an enthralling background while you are playing. With the perfect color combination, this place is a beauty of creation. It’s the developers’ team that has found this place and have taken care to build it as they think it should be. As a gamer, you might expect a lot more than what is there is the game, as a developer, you need to think what you can actually do with the graphical interface.

The developers know that the definition of “good visual” really varies from gamer to gamer. But it’s about the quality of user interaction compared to the quality of the animation that might engage the players sometimes. So, it’s up to the developers and you need to accept what they have offered in the game so far for the good. 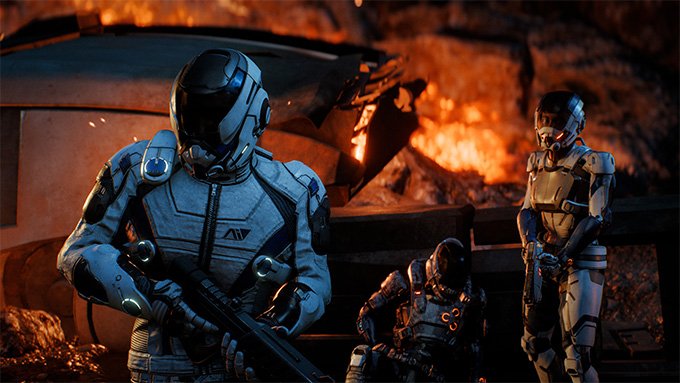 Well, to talk about the sound, it’s not really great when it comes to the still conversations, but as you progress in the game, you will realize that the quality of voice and music are really up to the mark. The music included are a combination of traditional and techno type and the voices included is full of emotions that can give you a great feeling of the situation. The voice over for the siblings of Ryder has been phenomenal. Really the quality in the voice, the variety of tones, and the way it has managed the humor and the rationality is just amazing.

So, as it stands, you are stranded on a planet that you thought would be different. You have an AI with you and with his help, you can surely make this mission successful, but remember that the only way is to go forward and there is no way you can have a stroll on this unknown planet. So, fight with your enemies and make your way to the end of the game. Good luck and have fun!