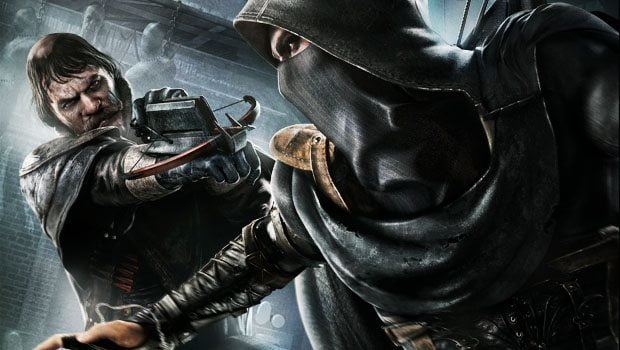 After almost a decade in the shadows, the Thief franchise is back under the development of Eidos Montreal. Basically, as the game title was named; you’ll be stealing stuff throughout the game. The main protagonist is still Garrett – the Master Thief and the story started as he meets Erin who used to be a thief as well. Thief introduced a very interesting story on how stuff works in “The City” and how the master thief could be a hero and change how the life goes. Though the story has been that good, I expected a more complicated and in-depth thievery missions as part of the main story but I can only recall one, and has been very light which was on the early part. I used to dislike a first person stealth game before but Thief seemed to give certain game mechanics that works well in the genre. Garrett started out with his bow and the acquired claw from Erin. You’ll be able to unlock a few more equipments that will let you maximize your stealing opportunities and also get the most out of the environment. The game also offers a variety of arrows that can take advantage of the surroundings and will change how every scenario will be played. Part of being a thief is you may peek into door holes and of course – the lock picking which has been the tradition in this type of game. I found the lock picking in this game a bit more user-friendly and aside from just doors and chest, there are also locks hidden in some behind the paintings that you need to unlock which looks a bit refreshing to me.

The stealth mechanic of the game is quite the usual where one of your main enemy is the light. You have to make sure to play with the lights accordingly to avoid revealing yourself or else, prepare to engage in a fight. The swoop movement might be something that the Thief fans has never encountered before as this will let you dash in an average distance which grants you better mobility on top of you being hidden in the shadows. Garrett’s sexy parkour movements specially on the rush definitely adds some excitement over the gameplay and it feels like playing an Assassin’s Creed game in a first person perspective. One thing that bothers me is the enemy/guards’ AI, which feels a bit off. There are times that they are quite challenging but most of the time they’re just merely useless. I actually feel that the attentiveness of the birds and dogs on the cages are fairly better than the guards as it seems.

The overall game design is visually stunning. I enjoyed exploring the city and find more hidden stuff as even every little corner has its exceptional details. Every dark streets are very identical as you can actually observe its fine points and I would personally comment Eidos Montreal for that. Though it could be one of the reasons why the game requires a lot of loading screens particularly during the main mission sequence. But generally, being ported in the next-gen consoles I believe the game is worth checking out on PS4 and Xbox One as it has a very promising visuals at least on the PC. Though some of the cinematic cut are way off compared to the actual in-game cutscenes, well I guess it’s part of the game optimization. I can also commend on the game music and sounds though some of them are not synchronized well. All the characters in game was given justice by their voice acting and that’s a major role in a story driven game.

The release of this title could be the defining moment in the Thief franchise and Eidos Montreal did an excellent job on every execution in this game.