Nexon and NAT Games heave released a new update for Heroes of Incredible Tales (HIT) that adds the powerful new Archer character class for players to take into battle in the Unreal Engine 4 powered action RPG. Downloaded more than 13 million times, the AAA fantasy beat‘em up game has engaged a huge community of players. During the first 100 days since its worldwide launching HIT fans created over 4M Heroes and cleared nearly 5.5M Tower of Trials floors.

Developed by the acclaimed designer of Lineage II and TERA, a new playable hero comes to HIT for the first time with the Archer class character Lena Trupp. She is a quick and agile master of the bow who is equally adept at plucking the strings of a harp, employing a combination of ferocious arrow attacks and musical supporting abilities. With moves like Whirling Fire, Storm Bash and Fatal Pummel, she can rain arrows down on her foes, shoot in multiple directions at once and put enemies to sleep using her enchanted lullaby. Lena is perfect for players who value speed, since she is the game’s fastest Hero when it comes to dodging, countering and attacking. The new campaign surrounding Lena will help her discover her true identity and unravel the mysteries of her past.

HIT now features 12 new Pets to assist your hero on their quest. Some pets look dark and foreboding, while others are fun and whimsical. But all pets have unique powers to enhance your hero’s abilities and skills. Use different pets with different heroes, depending upon your quest and challenge. You can manage your pet from the main menu. 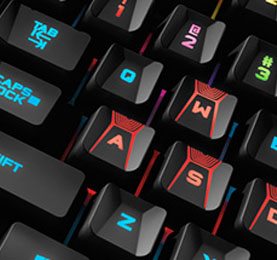