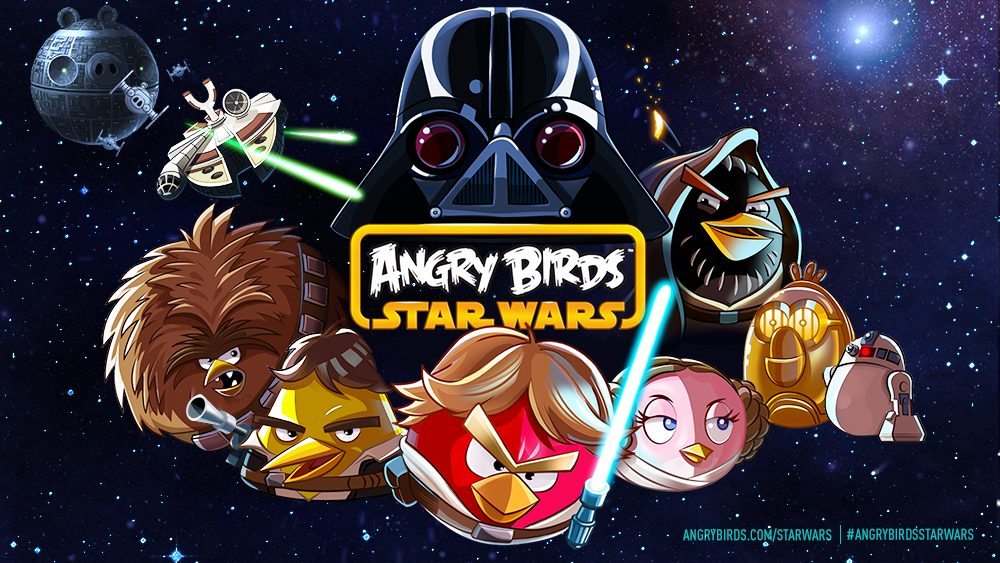 From the deserts of Tatooine to the depths of the Death Star – the game and merchandise will feature the Angry Birds characters starring as the iconic heroes of the beloved Saga.

“This is the best Angry Birds game we’ve ever done. It’s the best parts of Angry Birds with all new cutting-edge gameplay set in in a galaxy far, far away,” said Peter Vesterbacka, the Mighty Eagle and CMO of Rovio. “As a big Star Wars fan myself, I’m really excited about this new universe. The Force is definitely strong with this one.”

In addition to the game, this fall will also see the unveiling of a massive retail launch for Angry Birds Star Wars. Merchandise ranging from Halloween costumes and apparel to action figures and collectible plush toys will be available at select retailers, starting October 28.

“Both Star Wars and Angry Birds share the instant and irresistible appeal of hands-on fun,” said Colum Slevin, Vice President, Head of Studio Operations for Lucasfilm Ltd. “People seem to instinctively know what to do when handed a lightsaber or a bird in a slingshot, so this is a natural combination.”

In the coming weeks, fans can expect additional new videos, characters, and much more exciting content to be revealed.

Plants vs. Zombies 2 Is Coming